The first match of the upcoming round in the Championship is the Hull vs Sheffield United duel, so let's take a closer look at the game and what we can expect from it.

Our free predictions and betting tips for Hull vs Sheffield United

If you need some help to find the right bet for the Hull vs Sheffield United duel, or any other Championship betting tips, check them out right here:

Three of the previous five duels between Hull and Sheffield United have gone under 2.5 total goals, so we expect to see a similar game on Saturday. That being said, Sheffield United has played more than a few high-scoring matches so far in the season and they averaged 2.86 goals per game so far. However, Hull averaged only 1.86 goals per game in Championship in the first seven rounds and since they are the home team, we expect to see another low-scoring match from them.

Top odds and important stats for Hull vs Sheffield United

If you want to bet on the best Hull vs Sheffield United odds, check our selection of odds from the main UK betting sites:

Hull vs Sheffield United preview: Can Hull stop the bleeding?

With two draws and three losses in the last five matches, Hull is desperately in need of a win that will give them a confidence boost and help them get out of the slump. Overall, Hull is currently at the same number of points as the first team in the relegation zone, so unless things change quickly, the team is destined to be a part of the relegation battle. Honeyman and Jones are currently injured and out of the upcoming game.

After a dreadful start of the season in which they lost three of the first four matches, Sheffield United managed to stabilize a bit and now they are on a three-game undefeated streak. Still, the team needs more wins since they only won once so far, if they want to be fighting for promotion as expected. On the bright side, Sheffield Utd managed to reach the third round of the EFL Cup, where they will play against Southampton. The biggest problem for the team right now are injuries since six players are currently on the club's injury list. 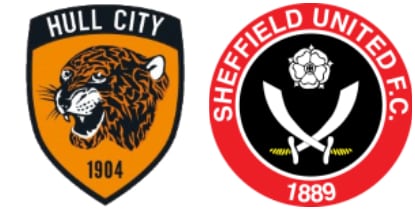