Last seasons League One Champions took to the Championship like a duck to water last week. Can they follow it up this weekend? Find out with our Hull vs QPR match preview with free tips, predictions and odds mentioned along the way.

Hull vs QPR: Our tips

If you look to the betting odds you will see this match is extremely tight. We fancy QPR to edge it though. Yes, Hull swept Preston aside last weekend in one of the best displays of game week one but it wasn't exactly in keeping with their form; they've only won two of their last five games and have failed to record victory in their last two home matches. QPR meanwhile are unbeaten on the road in five having won four and drawn one; even that saw QPR win on penalties too.

A minimum of three goals

Our next tip is for the total goals to exceed the 2.5 mark. Hull have seen three of their last five surpass this point with a total of 14 goals being scored; that gives you a game average of 2.8 goals. That's one tick for over 2.5. The other side to consider is that of QPR; they've also seen three of their past five go over 2.5, however, their average goals per match is higher at 3.8. The last seven head to heads have all seen more than 2.5 goals too.

There will only be one goal in it

Right, the final prediction is here and we're throwing out the handicap market. We have backed QPR to win in a high scoring game already but we expect that to be scoring in a ‘back and forwards' manner rather than the game turning into a one-sided affair. Hull's last three defeats have all been by the solitary strike; that's what we're thinking QPR might deliver here.

A tight game but an entertaining one too

Hull ended last season as Champions and started the new campaign just like that too with a crushing win away at Preston. If their fans were getting carried away, a lower league loss in the League Cup will keep them grounded. To be fair though, this season should all be about staying up. Unfortunately, with George Honeymoon still injured the Tigers could do with having a clean bill of health; they don't really have it with five players doubts ahead of the game. QPR meanwhile have some big expectations on their shoulders this year and Mark Warburton has a full good to choose from; Ilias Chair is the exception as he's rated 50/50 for the game.

FAQ for Hull vs QPR 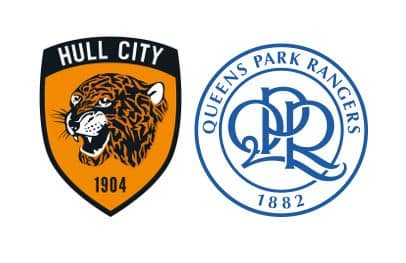