Hull had seemingly pulled away from danger but after losing to Derby on Tuesday evening and now facing a Fulham side that top the league things could be looking bleak again very soon. Can they pull a result out of the bag here? Find out with our Hull vs Fulham match preview with free tips, predictions and odds mentioned along the way.

When you consider where these two sides sit in the league it's practically impossible not to be drawn towards a Fulham win and, quite frankly, recent form supports it. Hull have lost back to back games now with both coming against sides in the bottom half of the table in Preston and Derby. Fulham meanwhile sit top of the league with a game in hand and on a six match league unbeaten run. They have won five of those six games drawing just the one. With the last two head to head meetings ending in Fulham wins, there is no other rational outcome.

Where do we start with Aleksander Mitrovic; the guy is just ridiculous. He bagged a brace against Millwall in midweek to take his tally for the season to 30, which is four more than Hull have scored as a team. On top of that, the latest brace he scored are just a continuation of hot form; he has netted eight goals in his last five league appearances. Oh, and guess what, Mitrovic scored in the reverse fixture of this earlier in the campaign.

Check out the key stats & form for Hull vs Fulham

It's somewhat of a bonkers world when the striker of one team has scored more than the entire squad of the other but the fav Mitrovic is out scoring Hull goes someway to explaining the gap between these sides; it's big.

Hull did well to win three games on the spin not too long ago, which seemed to make them near safe from relegation. They probably won't go down but two losses – especially the one to Derby – does plant doubt and now they need a good performance here to get the confidence going again; that's easier said than done.

Fulham are well and truly back on track now with a moderate points advantage over those chasing teams at the top whilst having a game in hand. This is another match they should win and that will take them three points nearer to the promised land.

A brief FAQ ahead of Hull vs Fulham 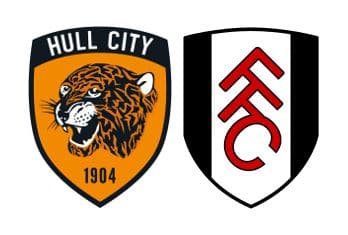