Another game week has ticked on by and Hull remain in top spot. Will they still be there come Saturday evening? Find out with our Hull vs Fleetwood match preview with free tips, predictions and odds mentioned along the way.

Hull vs Fleetwood: Tipping you to success

Hull to hold onto top spot

Hull sit top of the League One standings at the moment and with games running out they're just ticking off the wins. We expect this game will go the same way. The Tigers have come out victorious in eight of their last 10 with two draws taking their unbeaten run to 10. They've also taken 13 points from 15 at home. Fleetwood are not on a bad form with a run of four unbeaten on the road; their last away defeat did come at the hands of a team battling for automatic promotion though in Sunderland. That dangling carrot of Championship football should be enough to get Hull over the line against a team destined for mid-table.

Goals galore? Don't count on it

Our first prediction is backing Hull to win but we don't expect it to be a goalfest. Hull have only seen one of their last 10 at the KCOM go beyond two goals. Fleetwood's performances on the road hardly suggest this game will alter the low scoring trend either; their fixtures have broken the 2.5 market on just three occasions in 10 – and slice the stats slightly differently and it's just one of eight away games where there has been three or more goals. It hardly screams of being filled with loads of goals.

A 2-0 win to keep things ticking over

Correct score tips are always a little bit ambitious but we're not just sticking our finger in the air with this prediction. We've already made it clear that we think Hull win win without loads of goals. To make that prediction more specific we back Hull to win 2-0. For starters, it's a score line they've recorded three times in their last five outings as the home side whilst Fleetwood's last away defeat was the same result. Then a more general look will tell you they're strong defensively; a defensive record of shipping just four in 10 at home supports that. Their visitors have only scored eight in 10 in away matches and have blanked five times in the same period.

The stats you need for Hull vs Fleetwood

Hull to remain the team to beat

Fleetwood have been in decent form of late but, in truth, they're probably going to finish around where they are now. Hull are on their on impressive streak and have promotion and a League One title to fight for. The incentives on offer to the Tigers means this should be a really entertaining watch.

Hull vs Fleetwood: A few questions to end 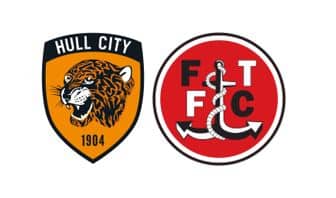