Two sides struggling in their respective divisions go head-to-head in the FA Cup this weekend looking to produce a performance or result that can kick-start a good run of form. Hull have the home advantage but the Championship side aren't the favourites, that title goes to Everton and their under-pressure manager Rafa Benitez.

We're backing Everton to win this weekend but don't expect the Premier League side to have things all their own way. The Toffees have won six of their previous eleven games against Hull, claiming a 4-0 victory when the two sides last locked horns in 2017. Hull have lost their last two games against Blackpool and Nottingham Forest and are without win in their last four fixtures, while Everton have picked up one win, one draw and two defeats from their last six fixtures.

We're backing both teams to score on Saturday as both defences have struggled to keep clean sheets in recent weeks. Four of the last seven encounters between Hull and Everton have ended with both teams getting on the scoreboard, and both teams have also scored in four of Hull's and five of Everton's last six fixtures.

Everything you need to know about Hull vs Everton

Can Hull knock-out Premier League opponents out of the FA Cup?

Hull made the trip to Blackpool in the Championship on New Year's Day where a solitary 31st-minute penalty from Madine handed the home side all 3pts. Hull are languishing in 19th place as things stand and look set for a relegation battle this season. The FA Cup will hopefully provide a break from the stresses of league football and give Hull a chance to pull off a win that could help get their domestic form back on track.

Everton lost yet another match under the guidance of Rafa Benitez and the pressure is really starting to grow on the former Liverpool manager. Brighton went 2-0 up before Everton pulled a goal back in the second half through Gordon, though, Calvert-Lewin had missed a penalty in the first half much to the dismay of the home fans. The Seagulls moved 3-1 in front in the 71st-minute despite a better performance from Everton in the second half. Gordon, who scored his first goal for Everton early in the second half, doubled his tally in the 76th-minute but the Toffees were unable to carve out an equaliser.

Everton: Richarlison, Delph, Davies, Branthwaite, Iwobi, Mina and Townsend could all miss the trip to Hull through injury. 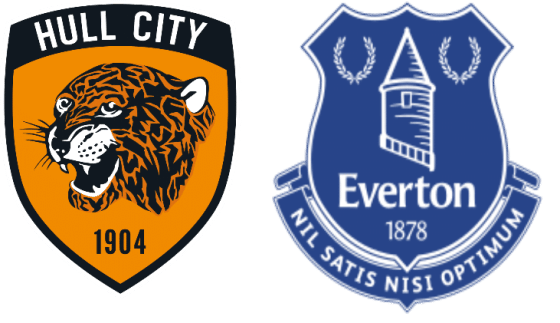