Both Hull and Coventry have experienced life in League One in recent years. Now though Coventry are aiming to exit the Championship in the other direction whilst Hull look doomed already. A win for either side will help with their respective ambitions but who will grab it? Find out with our Hull vs Coventry match preview with free tips, predictions and odds mentioned along the way.

Hull vs Coventry: Our Top Tips

Things to end all square

Coventry are fourth in the table compared to Hull sitting third bottom but we still fancy the Tigers to get a point in this game – even if they have lost their last three games. The fact of the matter is that Coventry's form isn't great with just five points taken from the last 15 available. On top of that, their away form is rubbish; they've managed to win one game away from home all season and have lost three of the last five road games drawing the other two. Hull have beaten Middlesbrough and drawn with Bournemouth in their last five home games as well so they are no mugs despite their league position.

If you were to look purely at Hull's last five games and Coventry's last five matches then you'd find yourself stuck between a rock a a hard place for this bet. Hull have gone under 2.5 goals in four of their previous games. Coventry have gone over 2.5 in four of the past five. The head to head form makes the under 2.5 a no brainier of a bet though; the two teams haven't served up three or more goals in a game against one another since way back in January 2006!

In our final prediction we back the score line to end 1-1 as Hull and Coventry face off. Both sides have recorded this score line within their last five results. More than that though is the attacking threat posed by each side – it's not something that lends itself to being a high scoring encounter. Coventry have only scored five away goals in seven games this season with Hull having netted just nine in 14 matches across the course of the season. It hardly screams goals galore.

Find the best odds for Hull vs Coventry

Coventry have started the season so well with Viktor Gyokeres banging in the goals but away from home they don't look anything like a promotion contender and it could be their downfall as the season ticks on. With the exception of Josh Eccles they have a full squad to pick from though so they'll be hoping their fortunes on the road turn soon. Hull meanwhile have been disappointing both home and away; the only saving grace is that little was expected of them hence Grant McCann is seemingly safe in his job. His task won't be getting any easier though as the loss of Tom Huddlestone to injury is a big one.

FAQ on Hull vs Coventry 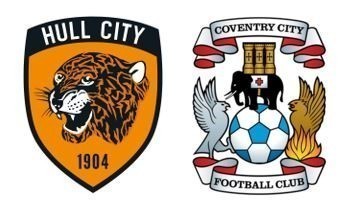