This is a nothing match where there is just pride and three points on the line. Who will come out on top? Find out with our Hull vs Cardiff match preview with free tips, predictions and odds mentioned along the way.

Hull City have had a fairly decent run of form, having won three of their last seven games; however, it's fair to point out that those wins came on the road. Hull City have actually lost all of their last six home games; they are the worst home team in the Championship, with five wins in 20 home games. On the other hand, we have a Cardiff side that won four of their last six games; they have been a difficult team to beat recently, having lost just once in those six games. Additionally, Cardiff tend to do well against Hull City; they won three of the last five clashes between these sides, losing just once. All things considered, we're predicting a win for Cardiff.

First of all, we should point out that these teams don't score a lot of goals when they meet; five of their last seven encounters saw less than three goals scored. In the same vein, Hull City have not scored or allowed a lot of goals recently; they failed to score in three of their last six games, whilst keeping four clean sheets in their last seven games. As a result, most of Hull City's games tend to be on the low-scoring side; five of their last six games went below the 2.5 goal mark, with three of those games going under 1.5. On that note, we shouldn't expect too many goals in this match.

Here are the key stats & form guide for Hull vs Cardiff

Hull vs Cardiff: Let's look at the predicted lineups

Hull City have had some mixed results recently; they have two wins, a draw and two losses in their last five games. Shota Arveladze's men will welcome Cardiff to the MKM Stadium on Friday; they'll hope to string up consecutive wins for the first time since January.

Cardiff put themselves further away from the relegation zone by defeating Reading last weekend; they are 17th on the Championship table, with 49 points from 40 games. Steve Morison's men have four wins in their last six games, with a draw and a loss; they'll look to continue that good form with a win.

A quickfire FAQ on Hull vs Cardiff 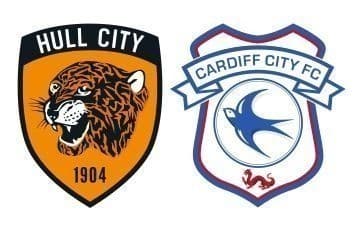