Hull earned a huge win over relegation rivals Barnsley before the international break. Can they keep that positive momentum going when they host Birmingham on Saturday? Find out with our Hull vs Birmingham match preview with free tips, predictions and odds mentioned along the way.

Hull vs Birmingham: A trio of free tips

Hull might have had a morale boosting win against Barnsley last time out but it's back to reality here; that's the prediction we are making at least. The three points the Tigers collected against Barnsley was their first points in six games. Birmingham meanwhile lost prior to the break but had won three and drawn one in the four prior games. On top of that, the home and away tables paint very different pictures of the two teams' fortunes; Hull are rock bottom of the ‘home' table whilst Birmingham are in the playoff positions in the ‘away' table.

An under 2.5 goal bet here is definitely the way to go on the total goals market. Now, we know the head to head record doesn't necessarily lend itself down that path with the last meeting between the sides ending 3-3 but current form is more relevant than history. Hull have gone under 2.5 in their last four games. Birmingham have gone over 2.5 in three of their last five but their game average is under 2.5 goals at 2.2 per game. The season as a whole is one of low scoring games for these two as well; both are in the bottom six of the league for total goals.

Our final tip for this match is that both teams will not score. Hull have not seen both teams score in their last four matches; this four game period has seen the Tigers blank three times and record one clean sheet. Birmingham have also seen three games end with at least one side blanking in their last five; the Blues have kept a clean sheet in each of those three matches and failed to net in one too. On top of recent form, the head to head meetings of these sides show that three of the last five have seen a clean sheet.

Find the best odds for Hull vs Birmingham

Hull might have endured a tough start to life back in the Championship but they're well in the fight to stay up. Their win last time out against Barnsley was a huge statement of their intentions too. In addition to those three points, Keane Lewis-Potter scoring after an extended period without doing so could be a massive boost. Birmingham's season is in danger of becoming boring already with a mid table finish looking most likely. Scott Hogan is a man in form though with three goals in as many games. If he can continue that then, who knows, a playoff chase could materialise. It's a tight division.

FAQ on Hull vs Birmingham 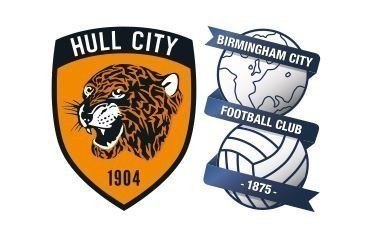