Sheffield United lead the way in the Championship right now. Will they still be top after this weekend? Find out with our Hull City vs Sheffield United match preview with free tips, predictions and odds mentioned along the way.

Blades to have too much for Tigers

Hull City have struggled to find their best form of late; they have just two wins in their last seven matches, with two draws and three losses. On the other hand, Sheffield United have been the best team in the Championship so far; they are leading the standings ahead of this trip, with 14 points from seven league games. As a matter of fact, the Blades have no losses in their last five games; and they've won three of their last four matches. Furthermore, Sheffield United have had Hull City's number in recent years; they are unbeaten in their last four meetings with Hull City, with three wins and a draw. Taking everything into consideration, we are predicting a win for the visitors.

Hull City have had the worst defence in the Championship so far; they have seen their defence breached 13 times in seven games — the highest number of goals conceded by any team this season. Due to their inability to keep the goals out, Hull City have seen a lot of high-scoring matches; as five of their last six games went above the 2.5 goal margin. In like manner, Sheffield United have had their fair share of high-scoring games; as four of their last five matches went over 2.5. On that note, we should expect the goals to flow in this match.

Can the Blades stay at the summit of the Championship?

Hull have made a reasonable start to the 2022/23 campaign and are performing above expectations. Sheffield United, however, is who this game is all about. They are averaging two points every game so far, which is every bit promotion form. They'll be hoping to keep that up here.

Hull City made some interesting moves on deadline day; they brought in Xavier Simmons on loan from Chelsea, and Dimitrios Pelkas on loan from Fenerbahçe. The Tigers have their fair share of injured players going into this match; as they will not be able to call on the services of Brandon Fleming, Dogukan Sinik, Billy Chadwick and Ozan Tufan.

As far as injuries, Sheffield United have had the worst luck among all Championship teams this season; as they have eight players sidelined ahead of this match. This list includes den Bogle, Jack Robinson and Enda Stevens amongst others.

A quickfire FAQ on Hull City vs Sheffield United 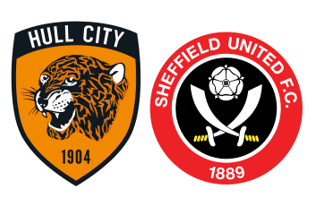