Fresh from frustrating one top-four contender, a revitalised Hull City host another in Liverpool at the KCOM Stadium on Saturday at 3pm.

A lot has changed since the two sides faced off at the end of September. The Reds romped to a 5-1 victory in Mike Phelan’s first official game in charge of the Tigers. It was one of the first times Jurgen Klopp’s players showed their ruthless streak and scoreline didn’t tell the whole story; they could have netted seven or eight. 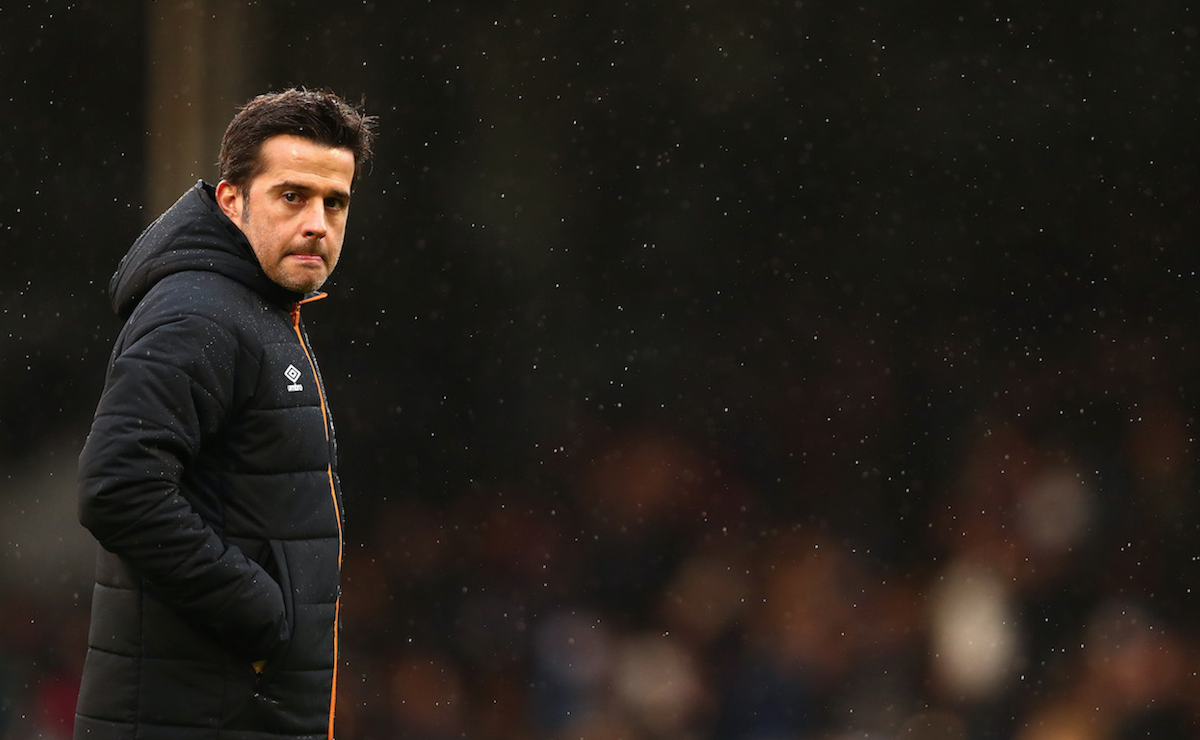 Marco Silva was appointed as Hull manager and upon his arrival he ripped up the script and started afresh. They went from being completely porous defensively and conceding, on average, over two goals per game to having been breached just just the six times in five games having played United three times, Chelsea and Bournemouth. It’s a remarkable achievement in the short space of time he’s been with the club.

The base for Hull's new-found resilience is their defensive shape. When attacking it's a 4-3-3 formation but when defending they drop into a 4-1-4-1 system, with Tom Huddlestone acting as the defensive shield and plugging any space between the midfield and defensive line. 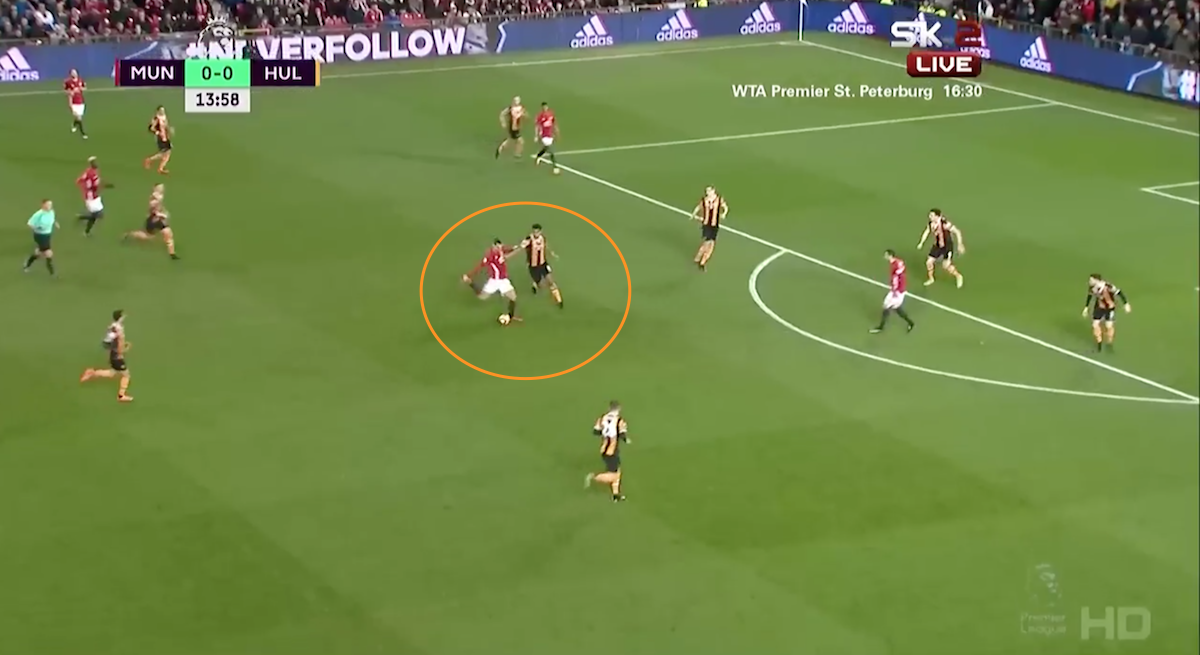 The picture above is from Hull's draw against Manchester United at Old Trafford. You see Zlatan Ibrahimovic has dropped off into the space ahead of the defence but he's not given time to line up the shot with Huddlestone snapping at his heels and putting him under pressure. The Swede fires his shot wide.

However, there is a misconception that Hull, because of their improved defensive record, now just park the bus. They deserve a lot more credit than that. 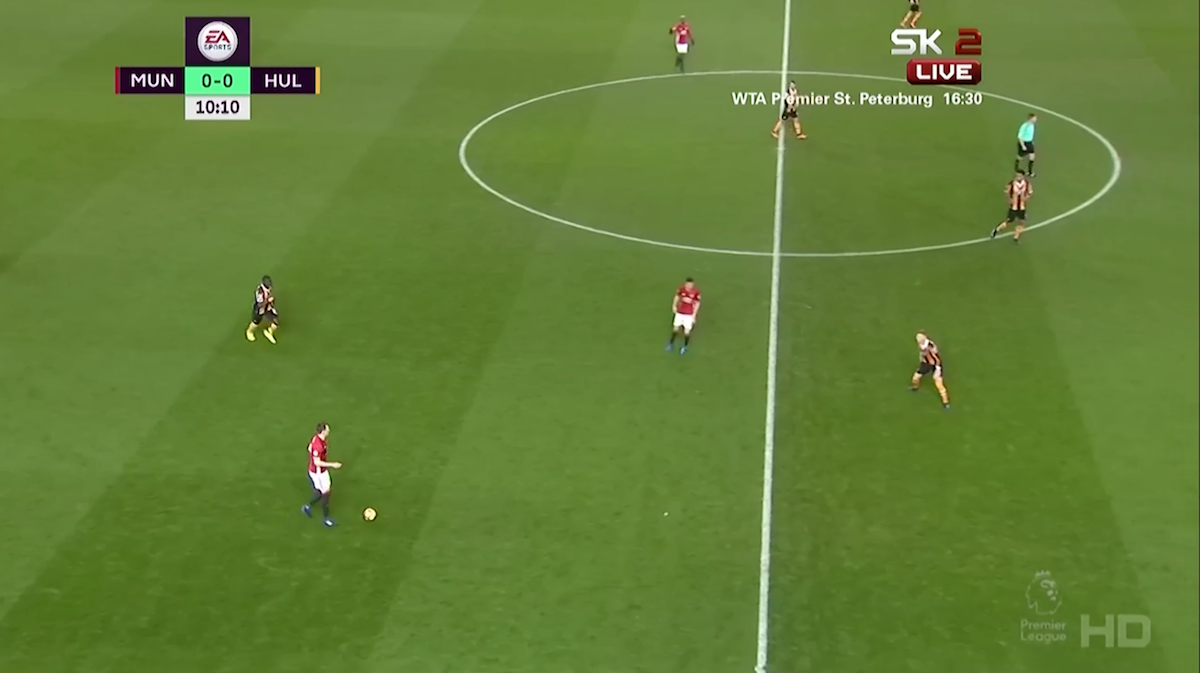 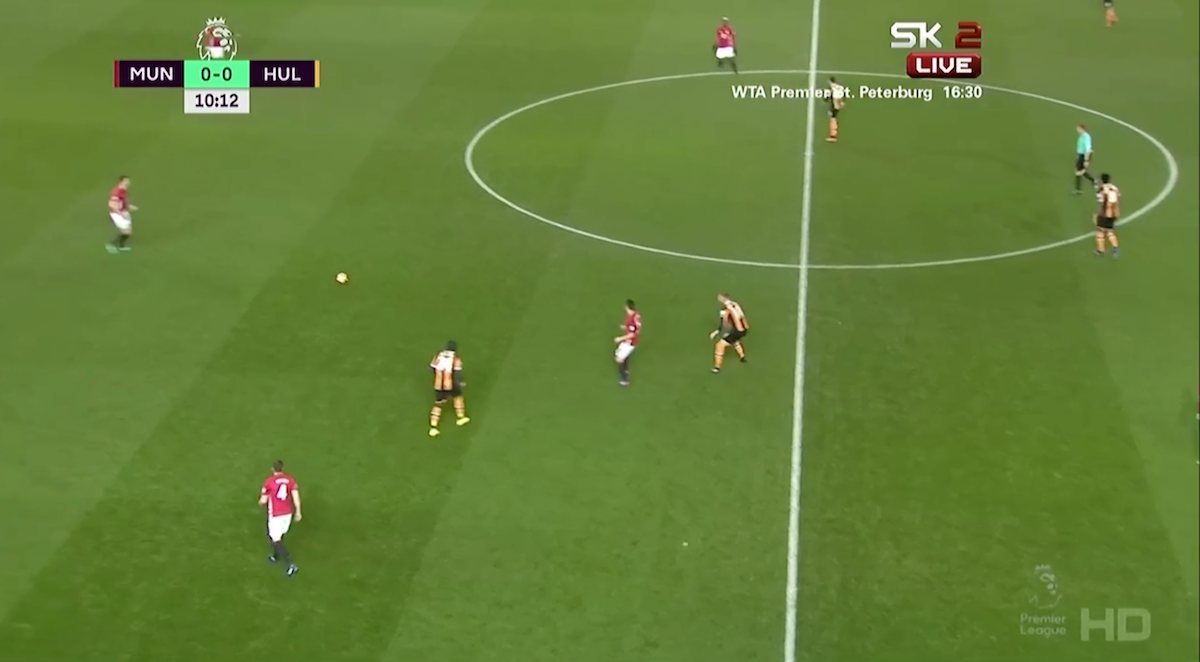 They play a half-press. As in, they allow the opposition to have the ball in their own half under next to no pressure but as soon as there looks to be progression forward they break from their defensive lines to put them under pressure. The opposition is forced to either play through the press, go backwards with the ball or look to play it long.

The latter option plays right into their hands with all of their centre-backs being good in the air. Andrea Ranocchia has only made one start but he won three aerial duels, the same as what Curtis Davies averages. Michael Dawson and Harry Maguire both average more than two per 90 minutes. No Liverpool attacker wins more than two.

It's the exact sort of system Liverpool have had trouble with when they've come up against teams who willingly sacrifice possession in non-threatening areas of the pitch.

Liverpool average 58.8% possession in their matches and only Manchester City see more of the ball in the Premier League. However, ball dominance doesn't equate to match dominance as Reds fans have found out recently. The Reds have dominated possession in recent matches yet only come out on the winning side once. 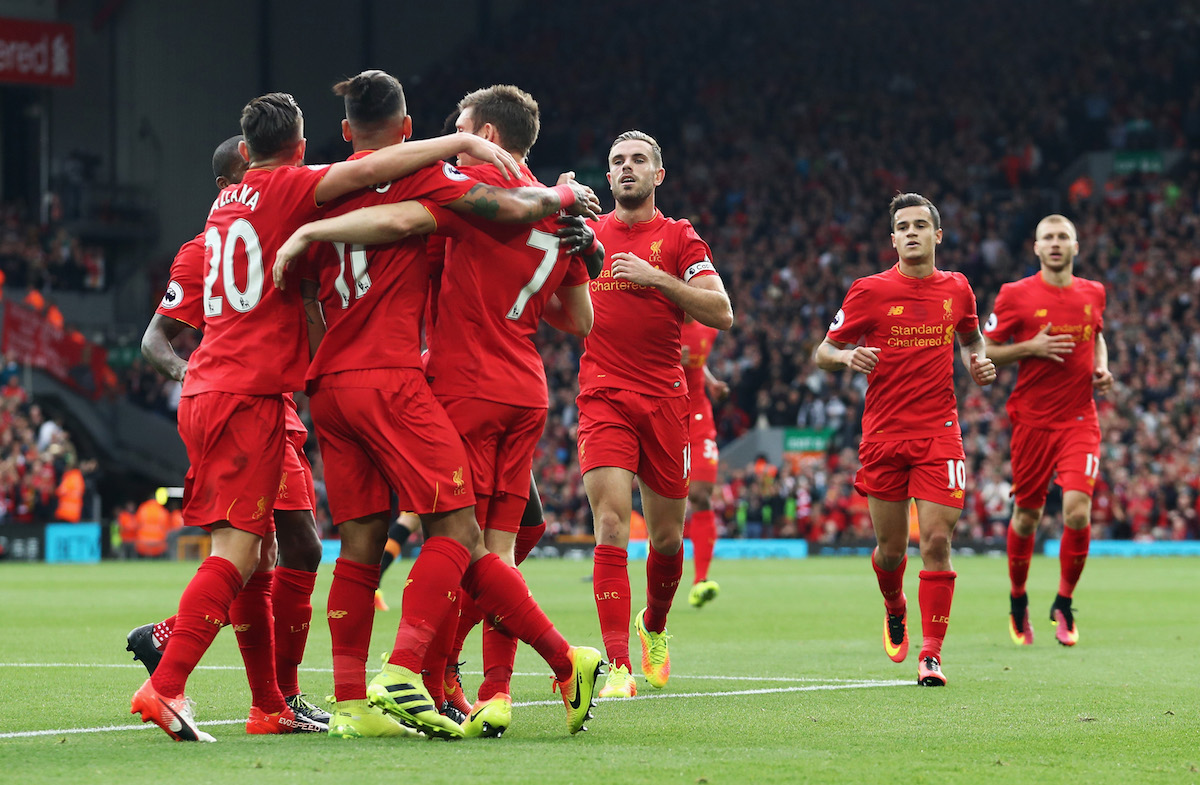 It's the first time since November 6th that Klopp will be able to name Sadio Mane, Philippe Coutinho, Roberto Firmino and Adam Lallana in his starting XI. Injuries to the players and Mane's involvement with Senegal at the AFCON has really stalled Liverpool's season and they've been unable to fire on all cylinders when all four aren't playing.

Yet now the German is able to call upon the four players who have been involved with the most team goals this season, fans might might now get to see shades of the side that threatened to tear up the league earlier on in the season.

Klopp on facing @HullCity: “We know how to play them. Now we have to show it.”#HULLIV pic.twitter.com/gx2qFQyn4e

In recent matches Liverpool have been unlucky that their fluid play around the area has fallen short and they've always been that one pass away. But how much of that has been down to Divock Origi and Daniel Sturridge, who have both been used centrally as the team searched for a fluid system in the absence of their fantastic four.

Both are good players in their own right but being natural strikers they're a lot more selfish. They won't make as many selfless runs as the likes of Mane and Firmino and thus it's been easier to crowd Liverpool out as a team. It seems as though the Liverpool system requires specific parts to work effectively. 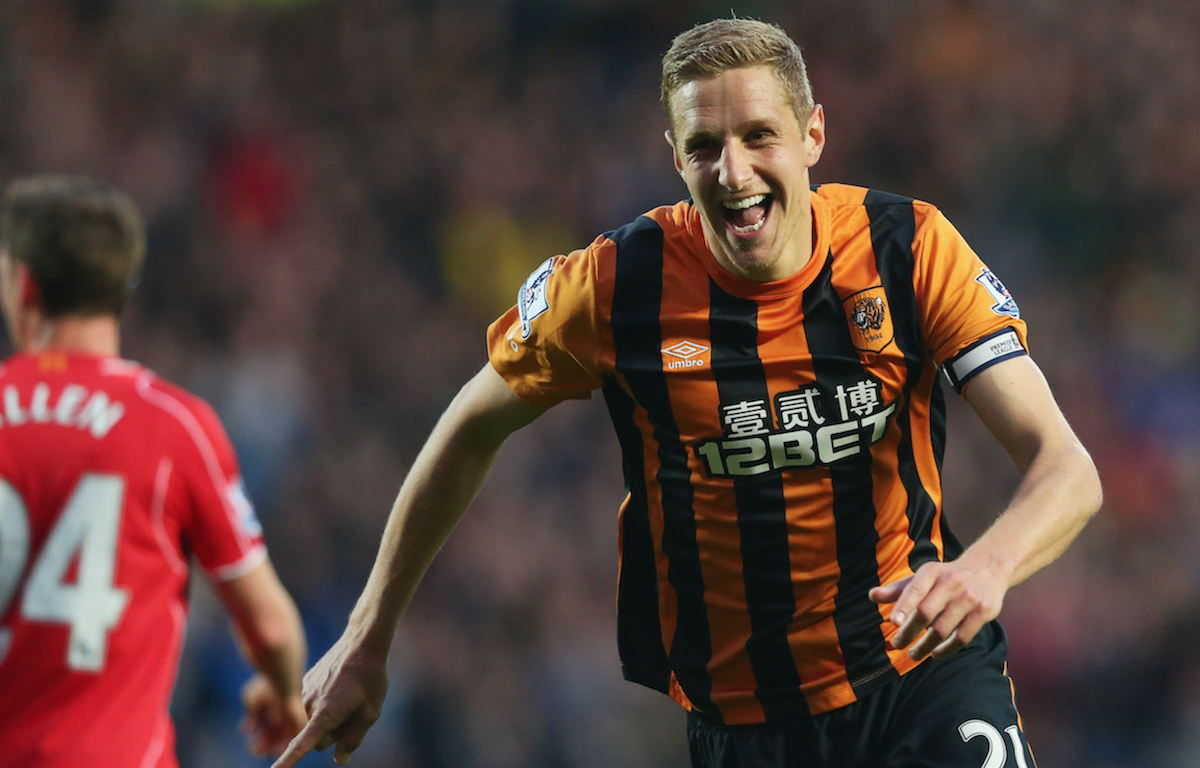 The last time Liverpool visited the KCOM Stadium the home side put an end to any lingering hopes the Reds had of finishing in the top four. A rare Michael Dawson goal gave Hull a 1-0 win and left Brendan Rodgers’ side sat in fifth position, seven points behind rivals Manchester United with just four games to play.

A repeat scoreline won't kill off Champions League dreams just yet but if Liverpool have any aspirations of playing in Europe's elite competition these are the games they have to be winning.