West Brom had looked good value for an automatic promotion spot early on in the season but their form has wobbled and that prospect is getting dimmer by the week. Can they pull back into contention with an away win at a playoff hopeful in Huddersfield? Find out with our Huddersfield vs West Brom match preview with free tips, predictions and odds mentioned along the way.

Huddersfield vs West Brom: A trio of free tips

Did you know that Huddersfield sit seventh in the league if you only look at home fixtures? Well, West Brom occupy seventh in the equivalent away table. That's just part of our logic to this draw prediction though. The other big driving factor is the recent form of both sides; Huddersfield have taken five points from 15 with the Baggies taking seven from the same period. There is little between the sides when you look at it in that respect and whilst West Brom are the stronger of the two overall they've also lost their last three on the road – a draw would stop the rot.

It would be a lie if we labelled this game straight forward to predict the number of total goals; what we can do is look for value and that comes in the over 2.5 category. Huddersfield's recent form is the least convincing element of the stats with just two of their last five going over 2.5 goals compared to West Brom who have seen three of their past five hit the three goal mark. The head to head record is where the real evidence is found though; the last three meetings have all seen over 2.5 goals with an average of 4.0 goals per game.

Baggies to win a half

We might be backing the draw overall but West Brom to win either half is a decent bet for this game. We've already mentioned that they are the better team in general terms but on top of that they've won at least one half in four of their last five games; that includes during their draw against Middlesbrough and their defeat at Swansea.

Find the best odds for Huddersfield vs West Brom

West Brom looked fantastic at the start of the season but their form has dropped lately with consistency a real problem; that has coincided with others finding form and the Baggies are now eight points off top spot. They've got goals in them though with Karlan Grant and Callum Robinson up top so they're going to win more games than they lose; Kean Bryan and Matt Clarke suffering injuries won't help them defensively though. Huddersfield are another team where you don't know what you're going to get from one week to the next; they're only one point off the top six but are the lowest scorers in the top eight. Danny Ward is their leading scorer but could do with some help.

FAQ on Huddersfield vs West Brom 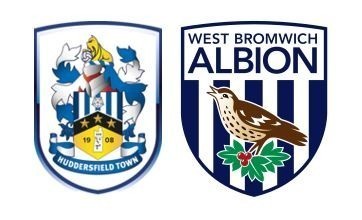