Huddersfield are aiming to finish in the play-off places this season and currently sit 6th in the Championship table. Stoke provide the opposition this weekend and will be looking to close the gap between the two clubs which currently stands at 6pts.

There is a great chance that we will be treated to goals at both ends of the pitch this weekend as that has been the way each of the last four meetings between these two clubs have ended. Both teams have also scored in four of Huddersfield's and three of Stoke's last six outings in league and cup, so you can see why we're not backing either side to keep a clean sheet on Saturday.

Key Stats and Figures for Huddersfield vs Stoke

Huddersfield made the trip to Reading last weekend where the two sides produced a 7-goal thriller. Huddersfield went behind in the 5th-minute but Sinani got them back onto level terms just 40minutes later. Ward scored two first-half goals for Huddersfield but sandwiched between that was another Reading goal and the home side equalised right on the stroke of half-time. The only goal in the second half was a significant one with Ward completing his hat trick and securing all 3pts for Huddersfield.

Stoke were away at Coventry in midweek where the two sides played out a rather uneventful first half which ended goalless. Coventry took the lead in the 68th-minute with what turned out to be the only goal of the game making it back-to-back defeats for the visitors. Stoke sit 11th in the table as things stand but could move up two places with a win against Huddersfield.

Huddersfield: Levi Colwill and Alex Vallejo are the two main injury concerns for the hosts. 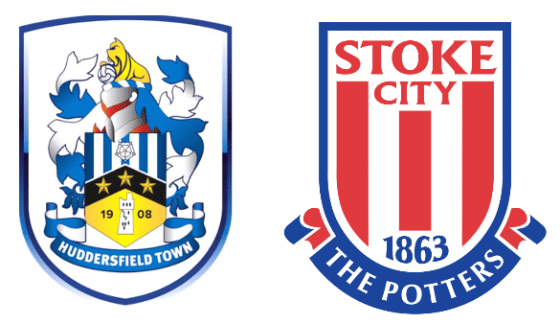