After narrowly missing out on a top six finish last season Reading had high hopes for the year ahead but that's not how the season has started. Can they spring into life with a win here? Find out with our Huddersfield vs Reading match preview with free tips, predictions and odds mentioned along the way.

Is a home draw the best Huddersfield can hope for?

We kick off our free predictions with a double chance bet that backs Reading to leave the Kirklees Stadium with at least a point in the pocket. That might seem rather bold given that Reading have managed lost four of their past five matches compared to Huddersfield winning their last two but there is a reason for a tip; Huddersfield haven't taken nine points from nine since the 2016/17 season, which is the year they won promotion. It was in that season that Huddersfield last beat Reading too; they've met five times since with the Royals managing to at least draw.

We've just touched on the head to head record of the sides with Reading having the edge; in the total goals market we don't care who scores the goals just simply that between them we see over 2.5. That happened in both games between the pair last season. On top of that, early season form suggests going over 2.5 is a good shout too. Huddersfield have seen three of their past five exceed the 2.5 mark with a game average of 3.0 goals per game whilst Reading have gone over 2.5 in each of their five games played this season. Their game average is a whopping 3.8.

Both teams to notch

Our final tip is that we expect both teams to score during the match. There are a lot of stats that ring similar to the previous prediction we've made but, in a nutshell, neither side are particularly good at defending and both know where the net is. Looking at their respective last five fixtures four games have seen both teams net with just the solitary ‘nil' featuring just once for each of Huddersfield and Reading.

The best odds & key stats for Huddersfield vs Reading

An entertaining game even if the quality is lacking

Huddersfield gave a good account of themselves in the League Cup in the week following back to back league wins for the first time in 2021, which suggests they're in a good place. Of course, the half glass empty view might be that it's only a matter of time until that tiny little streak is ended. Several of the Terriers are missing through injury at the moment but Spanish defender Pipa might be the biggest miss of all given the trouble they've had at the back. For Reading, their form is simply not good enough and they need to snap out of whatever downward spiral they're in after such an impressive 2020/21 campaign. It's not all bad news for Reading though and Saturday could see the return of Oviemuno Ejaria to the match day squad after he was injured during pre-season.

Pre-game Questions for Huddersfield vs Reading 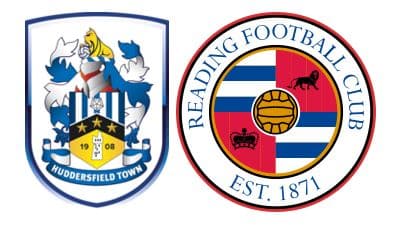