Huddersfield were well and truly tucked up at the weekend. Can they bounce back in midweek? Find out with our Huddersfield vs Preston match preview with free tips, predictions and odds mentioned along the way.

Huddersfield vs Preston: Our top tips

A much needed point for both sides

Let's cut to the chase; Huddersfield and Preston are in pretty woeful shape right now. Both remain in the League Cup but the overall picture is rather bleak. Huddersfield are winless in five having needed penalties to see off League One opposition in the cup whilst their other four matches in that five game period have seen three losses; the damaging one came Saturday as they lost 5-1. Preston haven't been hit quite as hard of that but four losses in five isn't good enough. A point a piece will stop the rot for both sides and we think they'll both be happy enough with that.

Both teams to get on the scoresheet

Although results haven't been going the right way for these teams they are at least getting amongst the goals, which usually means they'll win games at some point. Huddersfield and Preston have both scored in eight of their last 10 matches. Huddersfield have netted 11 goals in that time with Preston netting substantially more at 18. With both sides scoring – and also conceding – on a regular basis surely this game has goals written all over it?

Preston to take the lead

Our final prediction is a bit of a random one but we're backing Preston to take the lead in this match. Huddersfield have shipped the first goal in four of their last five matches; the one game they didn't ship first in ended 0-0. As for Preston, their form might be poor but they've taken the lead in two of their last three. With stats like those, it wouldn't be the biggest surprise to see Huddersfield up against it once again.

Get the best odds for Huddersfield vs Preston

A goal filled game but no winner

Huddersfield ended last season in drab shape, that spilt into pre-season and, subsequently, into the start of the Championship campaign too. Now we sit here with Preston heading to town and the Huddersfield fan base could really do with something to lift their spirits after seeing Fulham utterly demolish them on Saturday. Preston haven't faired much better since the end of last season either; the only difference being they ended last year very well. With goal scoring not a problem for either side the match is more likely to be decided by the best defence.

Pre-game questions for Huddersfield vs Preston 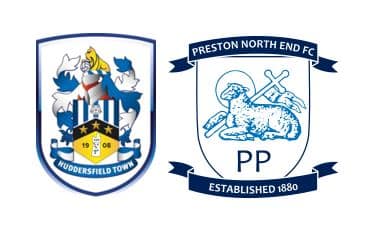