Huddersfield vs Peterborough: Check out our betting tips

Peterborough put up a spirited display against Man City in the FA Cup but, ultimately, it was another defeat for the Posh. Can they grab a much needed win here as they travel to high flying Huddersfield? Find out with our Huddersfield vs Peterborough match preview with free tips, predictions and odds mentioned along the way.

Huddersfield are not Man City but they should still have far too much for basement club Peterborough. The Terriers have won their last three games and haven't lost since November! Peterborough by stark contrast have lost their last four matches and have not won a league game since early December. With such differences in form, feel good factor and, let's face it, quality of playing squad surely there is only one winner in this match? That is certainly the way we see this game unfolding anyway.

Next up we have a both teams to score ‘no' bet. Huddersfield have gone unbeaten for a long time now and part of that is due to their defensive solidity. The Terriers have kept three clean sheets in their last five games – albeit they have also failed to score in two of those games. Peterborough meanwhile have kept one clean sheet in their last five league matches whilst blanking four times across the same five games. It hardly points to the goals flowing for both sides.

Here are the key stats & form guide for Huddersfield vs Peterborough

With Huddersfield third in the Championship standings and Peterborough rock bottom, it is completely plausible neither are in this league next season. Will this game play out according to the form book?

Huddersfield's unbeaten run has been mighty impressive dating back over three whole months. This game will be earmarked as another one where the Terriers can take three points.

Peterborough are sat rock bottom of the Championship with low confidence likely to be a huge obstacle to overcome if they're to have any chance of staying up. Has their midweek performance against Man City helped or hindered them for this game? 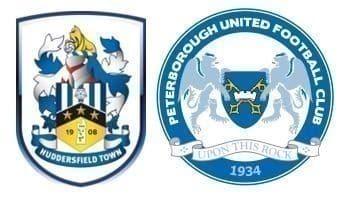