After claiming a hard-fought win over Blackpool in midweek, Huddersfield turns their attention towards Nottingham. The Reds are on a poor run of form, losing six of their seven Championship fixtures this season.

Alongside Bournemouth, Fulham and West Brom, Huddersfield will be eyeing a return to the Premier League. They have a relatively easy task on their hands as winless Nottingham arrive at the John Smith's Stadium. Our team of experts analyzed the game from top to bottom and came up with the following bets. All of our tips contain no bias and have been researched using the latest stats and figures available at the time of publication.

Three of the last four meetings between Huddersfield Town and Nottingham Forest have seen the former take home the three points on offer. The Terriers have begun the season in sprightly form and are favourites for the tie. Coupled with their home advantage and the Reds poor away form, we expect Carlos Corberan's men to build their winning records over their rivals.

Huddersfield are averaging 3.1 goals per match in this Championship season. Nottingham's mean of 2.4 is not far behind. The Terriers scoring form is impressive and needs to be lauded. With the Reds conceding goals at regular intervals, we expect this meeting to provide plenty of goalmouth action. However, it will be a tough call as the last two meetings between them finished with an Under 2.5 goals total.

Although Huddersfield and Nottingham Forest find themselves on opposite poles, they are similar in their goals conceded return. The Terriers have allowed nine goals, while the Reds have three more at twelve. Given both side's defensive concerns, we expect the attackers to have a field day which should get both teams represented on the scoreboard.

Huddersfield vs Nottingham Forest: Check out the best odds and the latest stats

With four wins in seven matches, Huddersfield Town are three points adrift of pacesetters Fulham. Carlos Corberan will be eyeing the big picture as he manoeuvres the Terriers return to the Premier League. If they are to achieve that target, they will have to address their defensive issues as the nine goals they have conceded is on the high side.

On the other hand, Steven Reid will take that conceded goals tally in a heartbeat from Huddersfield. Nottingham Forest are struggling in the Championship and it stems from the defensive woes that have seen them concede 12 times this campaign. More worrying is their five goals tally, which has seen them seeking a first win of the campaign seven matches in.

Questions About Huddersfield vs Nottingham Forest 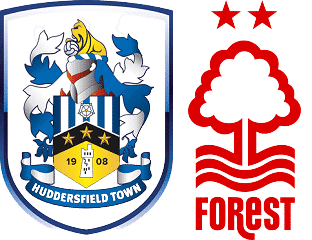 Where is the game being played? John Smith's Stadium.

Which team is the favourite to win? Huddersfield Town.