Both Huddersfield and Millwall are in the cluster of teams pushing for a top six spot at this moment in time. Who will win this match to help pull away from the other? Find out with our Huddersfield vs Millwall match preview with free tips, predictions and odds mentioned along the way.

Huddersfield vs Millwall: Our Tips

Take a double chance on Millwall

We're being slightly conservative with our opening prediction as we utilise the double chance market. We fancy Millwall to leave the Kirklees stadium with something in the pocket though be it a point or all three. Huddersfield aren't in bad shape at all having lost just one of their last five games. Millwall are in a good place too though; the Lions have won four of their last five games and are unbeaten away from home on their last five.

We end our predictions with a both teams to score ‘no' bet and there is plenty of back up up our logic with. Huddersfield have seen their last four matches end with at least one side failing to score. For Millwall, three of their last five have ended with a nil in the score line. To top it all off, both head to head meetings last season saw at least one side blank as well. Both sides are distinctly average in offensive and defensive terms and that's why we think at least one of them will blank when they face off.

Find the best odds for Huddersfield vs Millwall

Huddersfield are within striking distance of the playoffs, which is decent enough on paper. Whether they have the ability to improve their consistency might hold the key as to whether they can actually make a challenge of it though. Of course, they do have a few players missing through injury with Jordan Rhodes and Alex Vallejo two that could definitely make a difference. It's a similar story for Millwall to be honest although they perhaps had slightly lower expectations when the season began and don't have the injury list. Jed Wallace continues to be their main man.

FAQ on Huddersfield vs Millwall 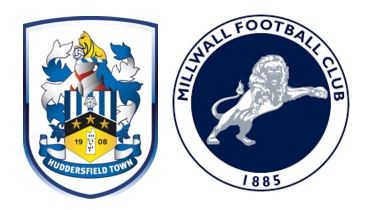