Whilst most Championship sides had their midweek occupied by League Cup action, these two had a full week to prepare for this game. Who will come out on top? Find out with our Huddersfield vs Fulham match preview with free tips, predictions and odds mentioned along the way.

Fulham to grab first win of the season

Huddersfield might have home advantage but their ground was hardly a fortress last season as they took just 1.3 points per game on their own patch. Their form in pre-season was pretty ropey too with wins only coming against ‘cannon fodder’ like lower league teams. Fulham obviously endured a tough year last season as they dropped from the Premier League. You can’t read too much into that though. Their quality is blatant and that alone should see them win this match.

Whilst Fulham have a side fully loaded with attacking talents we still don't see this match being chock full of goals. Huddersfield's last five matches have seen the total goals come out south of 2.5 on four occasions. Those five games have seen just nine goals; that's an average of just 1.8. Fulham's prior five have all ended with a maximum of two goals; again, in total they've seen nine goals.

The last of our free predictions is for Fulham to win to nil. Fulham don't boast an amazing record of clean sheets from their recent form but it's vital you remember they were facing Premier League oppositions just a couple of months ago. Huddersfield aren't exactly prolific in front of goal either; they've managed to score just three goals in their last five home games; it's hardly form that suggests they'll pose too much trouble to a Fulham side that should dominate possession.

Odds & stats for Huddersfield vs Fulham

Fulham's quality to shine through

Both of these teams have been in the Premier League in recent years; now though they’re miles apart in terms of expectations. Fulham have their sights set on an immediate top flight return whilst Huddersfield will be hoping to avoid the relegation dog fight. The pair both began the season with 1-1 draws but Fulham will be the happier side with their start to the season given Huddersfield were facing a Derby side in disarray. Harry Wilson showed all of his quality in Fulham’s season opener and it will be pivotal to Huddersfield’s chances that they keep him quiet.

Final questions on Huddersfield vs Fulham 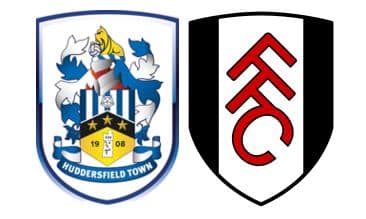