Huddersfield vs Cardiff: Check out our betting tips

Huddersfield did their promotion ambitions the world of good as they beat Fulham at the weekend. Will they chalk up another three points here? Find out with our Huddersfield vs Cardiff match preview with free tips, predictions and odds mentioned along the way.

Terriers to see off Bluebirds

We start things off with a Huddersfield to win prediction. They had a good weekend as they beat league leaders Fulham but it's far from a one off. Huddersfield are on a 15 game unbeaten stretch dating back to November and they have won three of their last five matches. Cardiff meanwhile are having mixed fortunes of late; they've won four, lost four and drawn two in their last 10. Notably, their last two away games have ended in defeat. We think this game will too.

Whilst we have backed Huddersfield to win this match we do think Cardiff will give their fans something to celebrate in the shape of a goal. Yes, they've lost their last two away games but they've not blanked on the road in 2022 despite some tough away days. Huddersfield meanwhile will need to score in order to win and with 13 goals scored across their last 10 matches, they're producing the numbers to suggest they will do exactly that.

Here are the key stats & form guide for Huddersfield vs Cardiff

Cardiff are a much tougher nut to crack now than they were a few months back but if Huddersfield are serious about making the playoffs then they simply have to be taking three points from home games like this.

Huddersfield's form over the last 15 games has been impressive and even though they're drawing a lot of games, it will stand them in good stead to a) make the playoffs and b) to compete in them if and when they arrive. This should be game number 16 in the unbeaten run.

Cardiff have taken seven points from the last 12 available to all but secure their Championship status for next season. As a result, they'll come into this game with confidence and little to lose. Can they derail their hosts good form to keep their momentum going? 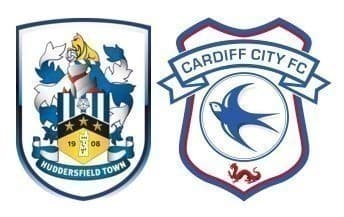