It might be early days but Huddersfield wielded the axe on their manager during the week. Will we see a reaction here? Find out with our Huddersfield vs Cardiff City match preview with free tips, predictions and odds mentioned along the way.

How much can you read into the form of a side when they've changed manager? Given Huddersfield have lost four of their last five games and taken just four points all season long we can't see a huge turnaround in just a couple of days. We do, however, think they might get a draw. The change of gaffer will see a slight reaction with players knowing they're playing for their futures whilst Cardiff aren't exactly Man City! Yes, they beat Middlesbrough in the week but prior to that they were winless in five with three defeats and two draws.

We've just eluded to the fact that neither of these teams have been in sparkling form of late and that leads us to predict that at least one of them will fail to score in this game. Huddersfield have seen two of their last three games end with a ‘nil' in the final scoreline whilst Cardiff have seen three of their previous five matches end in that manner. Three of the last five head to head meetings have also seen cleansheets!

Will Huddersfield get a reaction to manager change?

Neither of these sides are particularly flying but the Terriers are in a somewhat more perilous position than Cardiff. In fact, whilst Huddersfield need a couple of wins before they even think about leaving the bottom three, Cardiff could put themselves into the top six shake up with a win or two on the spin; this is a good chance for them to grab one of those victories!

Forget team news, the big news surrounding Huddersfield this week has been the firing of Danny Schofield. There have been loads of managers linked to the vacancy but for this game we'll have a caretaker coach. That probably means mass changes to the XI are unlikely. That said, Matt Pearson is the only player known to be unavailable.

Things are somewhat more settled at Cardiff than at their hosts with midweeks win helping to keep things that way. The Bluebirds do have a few players missing for this game though with Jamilu Collins, Ebou Adams and Isaak Davies all ruled out.

A quickfire FAQ on Huddersfield vs Cardiff City 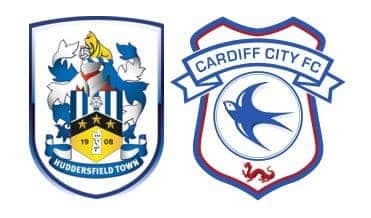