Huddersfield vs Bournemouth: Check out our betting tips

This game might put second against third but it is also a match up between two rather out of sorts teams. Who will win as they face off? Find out with our Huddersfield vs Bournemouth match preview with free tips, predictions and odds mentioned along the way.

Cherries to win it

These two have been two of the best sides in the Championship so far this season with the table not lying this deep into the campaign. When they meet though we think Bournemouth will edge the match. Huddersfield have struggled for form of late having lost two of their last three. By contrast, Bournemouth's ‘poor run' has seen them still take eight points from the last 15 available. The key stat that gets us off the fence though can be found when looking at the head to head record; the last five meetings between the two teams have all seen Bournemouth emerge victorious.

Both sides to hit the net

Here are the key stats & form guide for Huddersfield vs Bournemouth

This match should be a fantastic advert for the Championship but next year it could well be a Premier League fixture. Bournemouth are likely to take the automatic promotion slot but Huddersfield will fancy their chances of coming through the playoffs.

Huddersfield had gone unbeaten for an impressive period but their mentality will be challenged now after two losses in fairly quick succession. They'll want to avoid their form dropping too far though because even if they win here it looks like the playoffs await.

Bournemouth aren't going to win the title but they still look good value for second place in the league. That would be a good achievement for them but they won't want to limp over the finish line. A win over Huddersfield will reconfirm to everyone just how good the Cherries are. 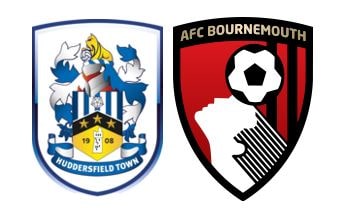