These teams occupy sixth and seventh spot in the Championship tables as things stand with Blackburn holding a three point advantage. Can Huddersfield level it up by winning this game? Find out with our Huddersfield vs Blackburn match preview with free tips, predictions and odds mentioned along the way.

Huddersfield vs Blackburn: Our betting tips

Huddersfield May we'll be the bookies favourites heading into this match but we fancy Blackburn to take the full three points. Rovers produced the performance of the game week on Saturday as they hit Cardiff 5-1. It's far from a one off display for Blackburn too; they are on a five game unbeaten run at the moment. Huddersfield's form is not nearly as good with three defeats in the last five including having lost their last two games.

Next up in our predictions for Huddersfield vs Blackburn is a bet that backs Blackburn to keep a clean sheet. Blackburn's attack have been lauded after the weekend but defensively they've looked good too with two shutouts in their last three games. Huddersfield's offensive players have hardly covered themselves in glory in their last couple of outings either; they've failed to bet in back to back games against two sides who sit in the bottom third of the table.

How can you have watched Blackburn's 5-1 mauling of Cardiff and not fancy Brereton Diaz to score again in this match? The Chile forward has long been a tidy player but his game has been taken to new levels this season after spending the Copa America with Chile; he sits on seven goals for this season and, given he bagged a hat-trick on Saturday, will be desperate for Tuesday night to come around.

Check out the best odds for Huddersfield vs Blackburn

Huddersfield vs Blackburn: Previewing the teams

Huddersfield might be sitting in seventh place but there are clearly things agitating their boss Carlos Corberan who has called for the FA to change rules around the subs bench. It's not surprising given his team are struggling for consistency of late and Corberan could do with a win here. If that's to happen you feel Matthew Pearson will have a big say with his presence in each box massive.

Blackburn boss Tony Mowbray isn't a stranger to the pressures of the job either. He's had some call for his head over the past few months; it's hard to see why when you look where Rovers sit now though. Ben Brereton Diaz is obviously a huge player for the team but don't underestimate the importance of Lewis Travis; the 23-year-old midfielder has played every minute of the campaign so far.

Final questions on Huddersfield vs Blackburn 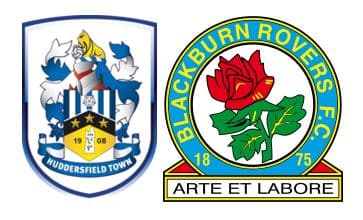