Huddersfield are right in the hunt for a playoff spot at this early stage of the season and a home game against Birmingham will have been earmarked as another three points for Brum. Can they get the job done? Find out with our Huddersfield vs Birmingham match preview with free tips, predictions and odds mentioned along the way.

Huddersfield vs Birmingham: Our Tips

Another win for Huddersfield

Huddersfield look like a team in the mood right now after taking seven points from their last nine to catapult themselves into sixth spot (that's correct at the time of writing but may change with Tuesday's games). Their home form is particularly impressive with the Terriers averaging two points per game. Contrast that to Birmingham's fortunes and you'll see why we're predicting a home win. Birmingham have taken one point from their last six games; things are looking rather miserable for the Blues right now.

Not only a win but a clean sheet too

Birmingham's form of late, five defeats and a draw in their last six, has been atrocious but the reason why they're in such bad shape is clear; they do not score enough goals. Brum have failed to score in their last five matches, which makes it very tough to take anything from football matches. When you then combine that with the fact that Huddersfield are three unbeaten having scored five and conceded two, which were both in one match, then you can see what awaits. With all that considered we're banking on Huddersfield to win to nil.

It won't be an enthralling game

So, we've already sussed out that these two are in different places right now but that doesn't mean Huddersfield will hit Birmingham for five or six. We actually think it will be a rather low scoring game with our prediction being under 2.5 total goals. Four of Huddersfield's last five games have all been under that threshold with Birmingham's last five only going over 2.5 on two occasions; even then their game average is still only 1.8 goals.

Find the best odds for Huddersfield vs Birmingham

Huddersfield vs Birmingham: A home banker?

Huddersfield might be in good form and sitting nicely in the Championship table but they've got a fair few challenges in their squad in the form of injuries; Alex Vallejo and Jordan Rhodes are the two we'd pick out as notable. The good news is that Ademipo Odubeko could be back in the frame. Birmingham don't have the same excuses to offer up despite being the team of the duo that need them!! One bit of slightly bright news for the Blues is the possible return to the matchday squad for Ivan Sanchez.

FAQ on Huddersfield vs Birmingham 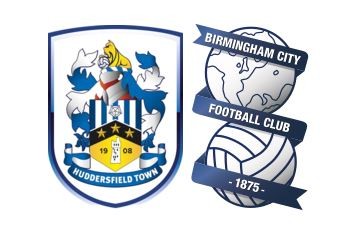