Manchester City’s 2016/17 season has been one of intense peaks and troughs.

However, their recent run of two wins in eight league games sees them teetering on the edge of the top four, fighting not to fall out of the Champions League qualification spots.

In many ways, Yaya Touré's campaign has mirrored that of his team. It has been unpredictable, up and down stuff, with moments of the sublime mixed in with spells of total uncertainty.

The Ivorian began 2016/17 as a bit-part player, an extra body on the fringes of Pep Guardiola’s squad. But he is set to end it as a key man, integral to his manager’s system.

And recent reports claim that, as a consequence of his rise in prominence over the last six months, the 33-year-old, whose current deal with the club expires this summer, will be offered a one-year contract extension. 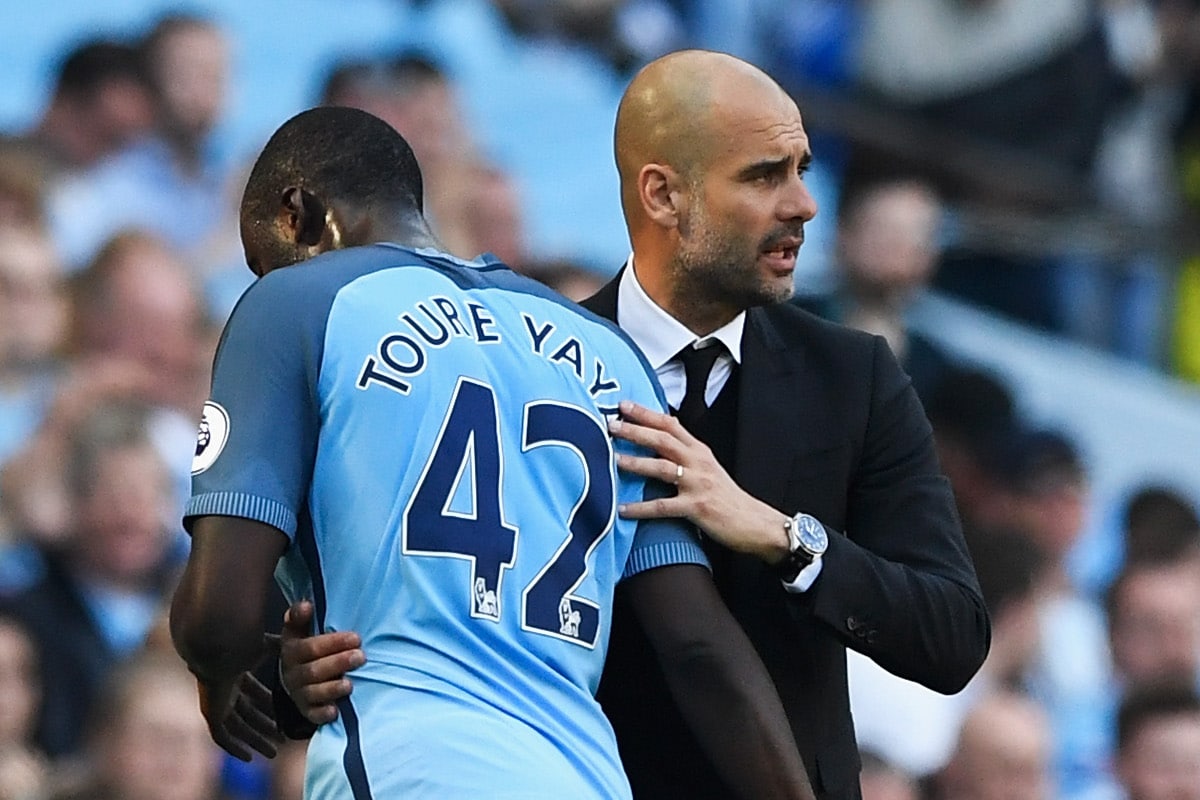 Touré wasn’t expected to play such an important role. Physically, he was past the peak of his powers before this season began.

His influence on the pitch had been on the wane, something highlighted by his declining Premier League scoring record in recent campaigns. In 2013/14 he hit 20 goals, in 2014/15 he struck ten and in 2015/16 he netted six.

On top of that, the player and manager relationship was not an overwhelmingly positive one.

Touré had played under Guardiola at Barcelona but left in 2010 having cited a lack of game time. “I know I’m a strong person and I can play 30 or 25 games,” he told BBC Sport. “But when I only play five or ten games I’m not so happy about that.”

The two were reunited when the former Bayern Munich boss was appointed Manchester City manager last summer, however, Touré was initially left out of the Champions League squad.

He then found himself further isolated when his agent, Dimitri Seluk, commented publicly on the situation, saying his client had been “humiliated.”

After months out of the team, the player took to Facebook last November to issue a full apology. “I wish to apologise – on behalf of myself and those who represent me – to the management team and all those working at the club for the misunderstandings from the past,” he wrote.

“Those statements do not represent my views on the club or the people who work there. I have nothing but respect for Manchester City.”

With that Touré was back in contention. He found himself in the starting lineup for Manchester City’s trip to face Crystal Palace at Selhurst Park on 19 November, and he couldn’t have dreamt of a better way to reintroduce himself.

On 38 minutes he found himself on the edge of the home side’s penalty box. He dummied and played a one-two with Nolito before firing home to give his team the lead. Then, on 83 minutes, he tapped into an empty net from a corner kick to seal a 2-1 victory.

Touré has not maintained that scoring form; indeed he has found the net just twice in 20 league appearances since, but he has developed into a regular and crucial starter. 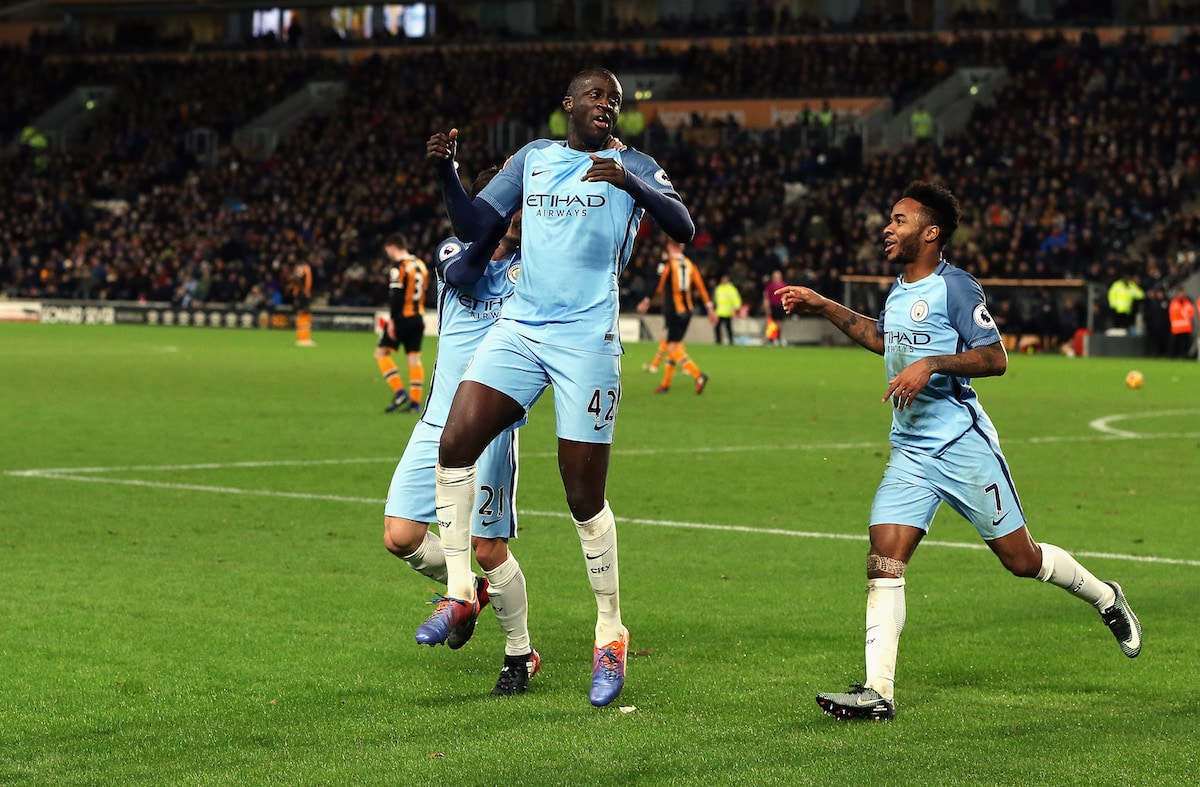 Guardiola has tended to deploy the 33-year-old powerhouse in a deeper central midfield role, albeit within a variety of different formations.

From this area the player has helped to orchestrate moves, and has also at times acted as a driving force himself.

In his most recent outing, in the Manchester derby, Touré's purposeful running left Manchester United’s midfield for dead on numerous occasions.

His combination of strength and technique enabled him to resist direct pressure, he looked to penetrate and create at every opportunity. In many ways, the display was reminiscent of his younger self. He may not be as vital as he was several years ago but he is still a capable midfield performer when utilised correctly.

This Premier League season he has averaged 68.3 passes per game since returning to the fold, a number only beaten by Fernandinho within Manchester City’s squad. And his pass completion rate of 89.7 per cent is higher than any other regular bar John Stones.

Touré isn’t quite as consistently productive going forward, as evidenced by the fact he has just six goals and one assist to his name across all competitions this term.

But his impact, while more subtle, has still been positive since he was brought back into the team by Guardiola.

In the 18 league games he has started, City have enjoyed a 67 per cent win record, scored 18 more goals than they have conceded and picked up an average of 2.2 points per game. 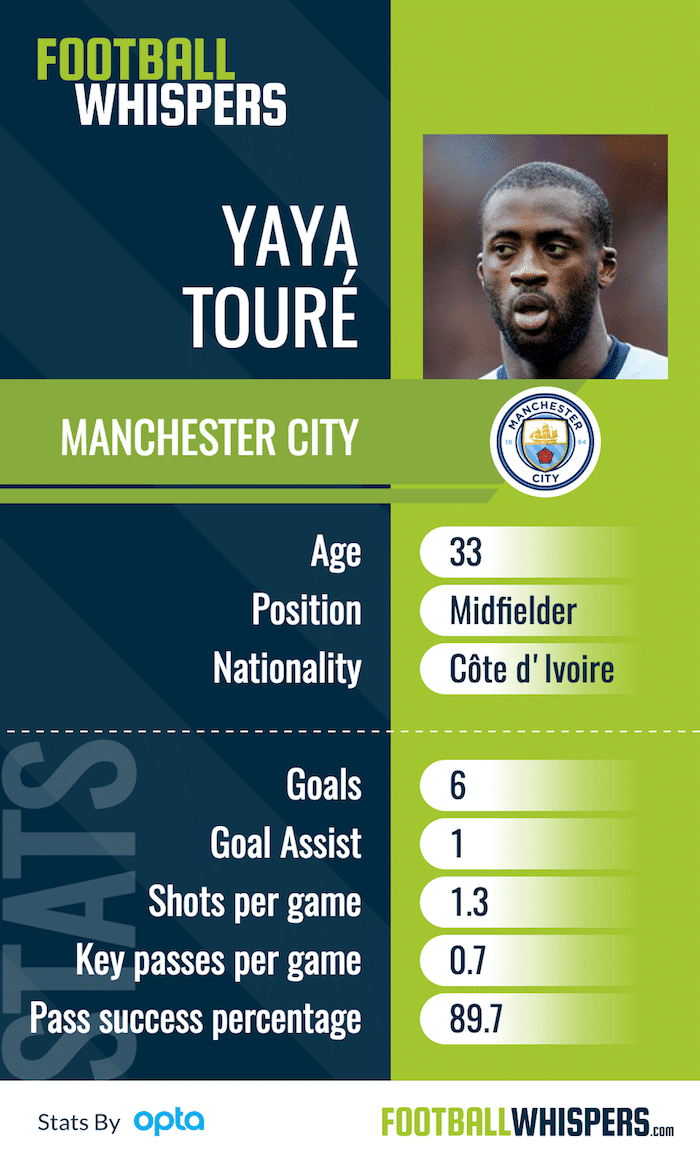 In the 16 league games Touré has not started, they have achieved a notably poorer 44 per cent win record, scored just ten more goals than they have conceded, and picked up just 1.6 points per game.

With the Ivorian present, City are evidently a more effective team. And Guardiola has been more than willing to shower his forgiven player with praise, saying: “Since he has come back to the team he has been playing perfect.”

For his part, Touré has relished the recall. “To be honest, I’m really enjoying myself,” he said following his side’s 3-0 win over Hull in December. “I look like a kid, you know, just enjoying playing football and helping my team-mates and then the fans, it’s very important.”

Remaining at City in future, however, will almost inevitably mean taking on a role of reduced importance. Ilkay Gundogan is set to return from injury for 2017/18, while Kevin De Bruyne has impressed while playing in a slightly more withdrawn position this season.

This, along with the likelihood that Guardiola will look to use the summer window as a chance to further reinforce the midfield, could see Touré relegated to the substitute’s bench once again.

However, having shown humility and reconfirmed his quality, the Manchester City legend might be worth keeping.