The Beatles said it best when they sang “I don’t care too much for money, because money can’t buy me a decent left-back.” Or something like that.

And that’s pretty much how Antonio Conte is feeling at the moment if reports are to believed, as, despite having splashed £23 million on Spanish full-back Marcos Alonso in August, the Italian coach is thought to be on the lookout for a fresh recruit to fulfil the left wing-back role in his 3-4-3 system.

Earlier this week, The Sun reported that Chelsea could be set to launch a bid for Napoli’s Faouzi Ghoulam, with the Algerian international having rejected a £30,000 per week contract offer from the Serie A club, as he holds out for closer to £40,000. 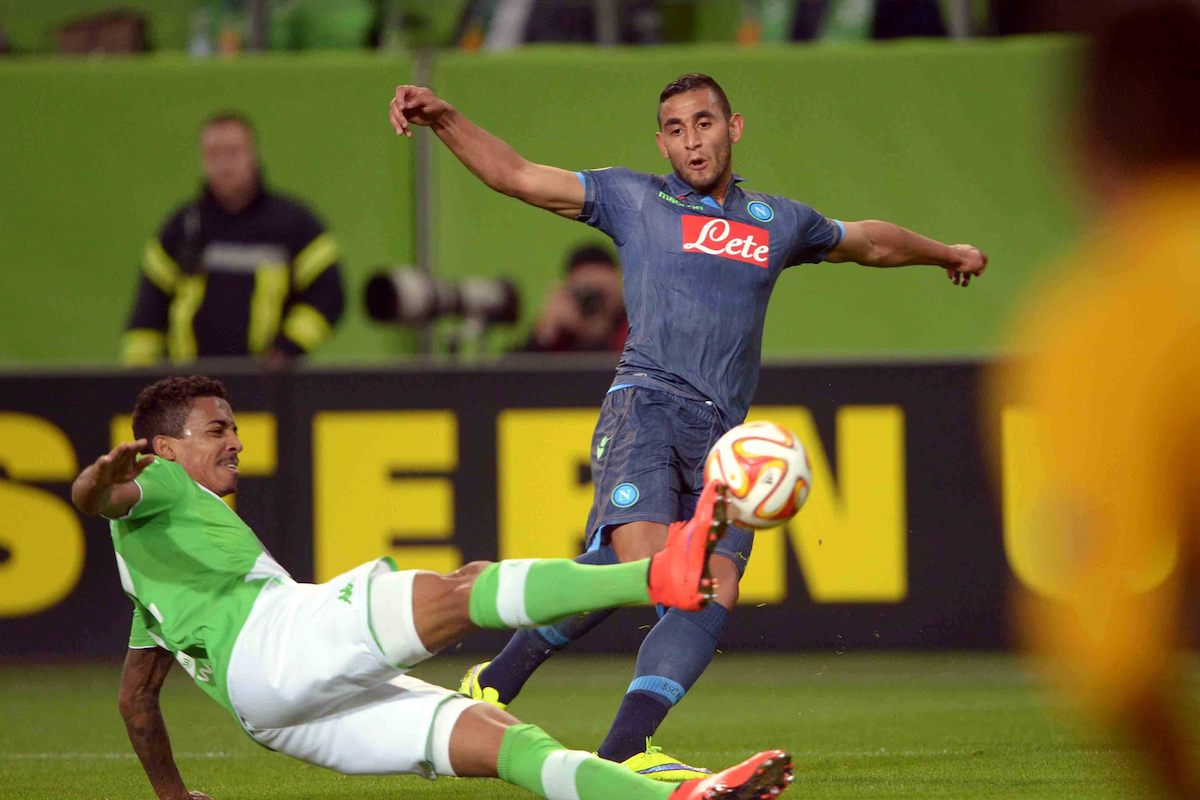 The Football Whispers Index is currently giving the potential of a Stamford Bridge switch for Ghoulam a score of 2.3 out of five, having peaked at 3.5 earlier this week, which suggests that there is some substance to the rumour.

But, in fairness to Alonso, despite having come in for criticism for his inability to stop the crosses which led to both of Dele Alli’s goals in the 2-0 defeat to Tottenham Hotspur on Wednesday night, the former Fiorentina defender has seemed a perfectly competent option since coming over from Italy.

So would Ghoulam be an upgrade on Alonso? We’ve studied footage of the Napoli defender and poured over the two men’s statistics to find out.

Since joining Napoli from St. Etienne in 2014, the France-born 25-year-old has steadily developed into one of the finest left-backs in Serie A.

Though already a regular feature of the Partenopei’s match day squads, last season was somewhat of a breakout campaign for Ghoulam as he played in 34 of a possible 38 league games under Maurizio Sarri, helping his team push for the Scudetto before eventually finishing runners-up to champions Juventus.

Perhaps the most striking weapon in Ghoulam’s arsenal is his ability to consistently whip accurate crosses into the box from wide positions. With the right-footed Lorenzo Insigne the first-choice option on Napoli’s left wing, Ghoulam is regularly tasked with providing width down that flank, over-lapping the Italian international when he cuts inside onto his stronger foot.

When he enters the final third, Ghoulam’s crossing ability becomes one of the key creative tools at Napoli’s disposal. And what makes the 23-cap Algerian international’s delivery so special is that he is capable of varying between deep crosses to the back post, whipped low balls across the six-yard box and curling, hanging centres.

This variance of techniques makes it incredibly difficult for opposing defenders to position themselves correctly as they can’t be sure where Ghoulam will play the ball at any given time.

The potency and consistency of his delivery from out wide is evidenced by the fact that he contributed three assists last term, and has already doubled that figure at the halfway stage of the current campaign. And his average of 1.9 accurate crosses per game is the highest of all Serie A full backs to have made five or more appearances this season.

And much like Elseid Hysaj, who operates on the right side of the Ciucciarelli’s back four, Ghoulam is also a tremendous passer, capable of switching play to the opposite wing with a raking 40-yard pass, or picking out the run of an advancing forward with a beautifully timed and weighted through-ball.

With a an average of 1.7 key passes per game, Ghoulam ranks third among all Serie A full-backs with more than five appearances to their name in 2016-17, while his pass completion rate of 87.7 percent is better than all of Chelsea’s current defenders except John Terry (91.6 percent).

Indeed, only attacking midfielders Insigne, Jose Callejon and Marek Hamsik have created more chances for Napoli this season than Ghoulam (23).

This kind of ability to affect play in the final third would be crucial were he to move to Stamford Bridge, as the wing-backs in Conte’s 3-4-3 are instructed to push high and wide, allowing the likes of Eden Hazard and Pedro to act more as inside-forwards than wingers, pushing closer to Diego Costa to support the Brazil-born Spain striker.

That’s not to say Ghoulam is neglectful of his defensive duties, though. His average of 1.3 successful aerial duels can be bettered only by towering centre-backs Raul Albiol, Kalidou Koulibaly and Vlad Chiriches of all players to feature regularly for Napoli this term, although his 57 percent success rate in aerial duels is better than Albiol's (46 percent) and Koulibaly's (52 percent).

One chink in Ghoulam’s armour that could be a potential issue if a transfer to Chelsea materialises, it that his his defending in one-on-one situations can occasionally let him down.

When up against an oncoming winger, he usually prefers to stay on his feet and try to block an attempted cross, or nip in to intercept as the player tries to go past him. He can, however, be caught leaving too much space between himself and the winger, allowing his opponent to play a ball into the box without enough pressure.

When he does decide to go to ground to make a tackle, his timing is erratic, often leading to the concession of a foul or allowing the opposing player to skip past him and into the space he has vacated.

Such instances as these are not frequent occurrences, and Ghoulam is often perfectly adept at jockeying a winger into a confined space before making a clean challenge, but the occasions when he does commit these kind of errors could potentially be costly.

His 0.9 tackles and 0.9 interceptions per game is a lower average than all of Chelsea’s defenders bar Terry (0.4 for both).

An upgrade on Alonso?

Ghoulam has registered six assists this term but is yet to score, whereas Alonso has provided just two assists but found the net once.

The former Fiorentina and Bolton Wanderers wing-back does, however, take the upper hand when it comes to many of the metrics used to measure defensive productivity. His average for 3.1 clearances outstrips Ghoulam’s 1.9; his 2.3 tackles per game is better than the Algerian’s 0.9 and his 1.3 interceptions per match beats the Napoli star’s 0.9.

One key statistic which very much stands in Ghoulam’s favour is that he makes an average of 57.8 passes per game, whereas Alonso makes only 40. This suggests that the Serie A stalwart is more than comfortable contributing to his side’s play through all phases, something which Conte would surely value given the importance of the wing-backs to both the attacking and defensive side of the game in his system. 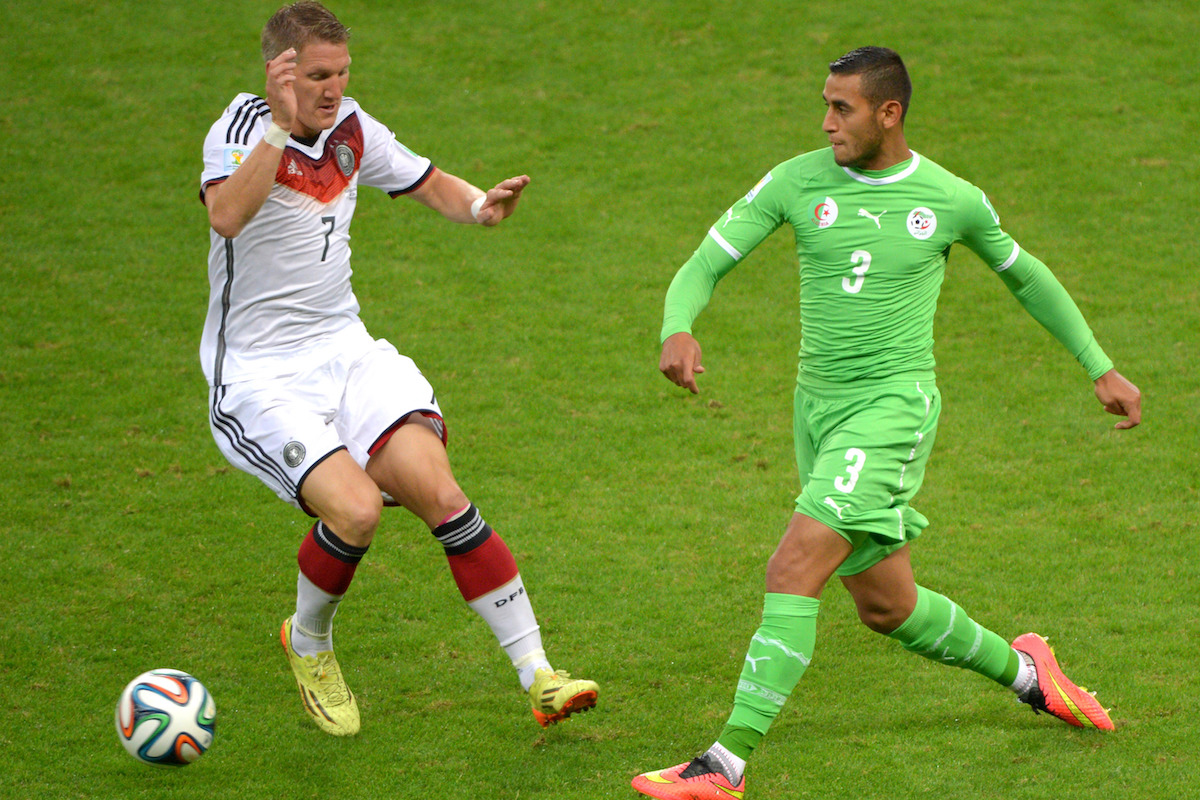 Though perhaps not always as reliable or productive defensively as Alonso, Ghoulam is a far greater offensive threat with a general superiority when it comes to passing and crossing technique.

With just 18 months left to run on his contract at the Stadio San Paolo, the 25-year-old, who is also being monitored by Bayern Munich, could potentially be snapped up for a bargain price. And the Blues could easily double his £40,000 per week wage demands without him even cracking their list of highest earners.

Despite their unbeaten streak having come to an abrupt end recently, Chelsea are still sitting pretty at the top of the Premier League, and, in Alonso, they have a perfectly good wing-back capable of seeing them through the rest of the season.

But if Conte decides an upgrade is required, Ghoulam could be the perfect option.