Manchester United could be on the verge of completing a £26million move for Benfica forward Goncalo Guedes this week, according to reports in Portugal.

Portuguese newspaper Record says that the 20-year-old attacker has already said his goodbyes to his team-mates ahead of an imminent switch to Old Trafford, while Paris Saint Germain are also said to be interested.

Capable of playing on either wing or centrally as a No.10 or striker, Guedes is regarded as one of the hottest prospects in the Primeira Liga, and has been tipped to make a mega-money move to one of the continent’s biggest clubs in the near future. 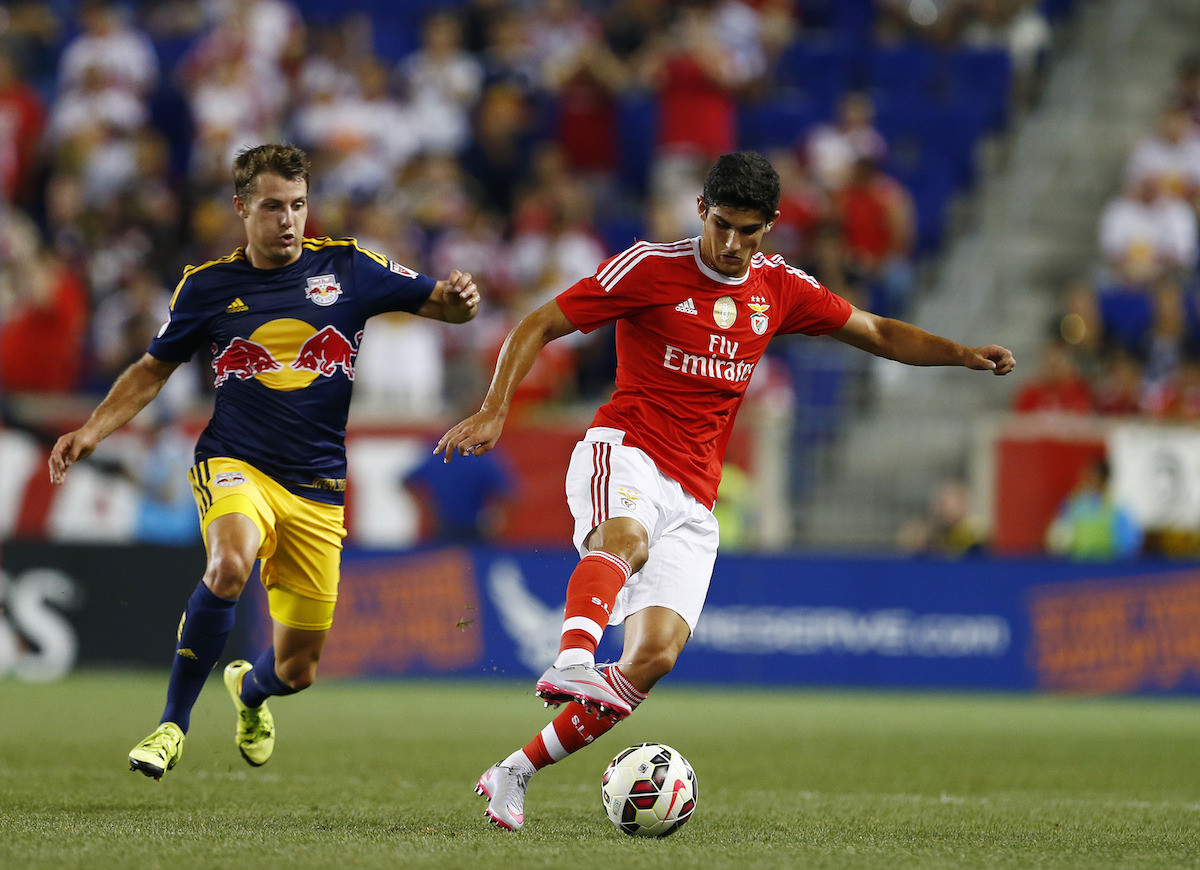 But a potential January switch to United has caught many people by surprise as the Red Devils were thought to be focussing on defensive recruitment – Gudes’ Benfica colleague Victor Lindelof is reportedly being considered by Jose Mourinho as a potential mid-season addition.

So what could United fans expect from Guedes if he does indeed make the mooted move to Manchester?

Capped at every youth level for Portugal, Guedes has been earmarked as a potential superstar for some time, so it was no surprise that the Benfica man was catapulted into the senior international picture as an 18-year-old in November 2015.

But with just two caps to his name so far, Guedes’ development is not being rushed.

At club level, he is already a regular feature of the Benfica side. He made his first-team debut in 2014 and turned out 32 times for the Eagles last term, splitting his duties between the senior squad and the B team.

This season, however, Guedes has been operating exclusively within Rui Vitoria’s first-team squad, racking up a total of 28 appearances and scoring seven goals.

One of the key strengths that Guedes possesses is his versatility. With a wide-ranging skillset which includes superb dribbling skills, an excellent eye for a pass and the ability to find time and space in the attacking third of the pitch, the 20-year-old is able to slot in anywhere along the frontline and perform well.

Whether on the left, right or in central zones, Guedes is never afraid to commit defenders by dribbling at them. His direct style often sees him making a beeline for goal, but he is by no means a selfish, single-minded goal-getter when he gets within shooting range; Guedes will often square the ball to a better placed team-mate if the situation demands it. 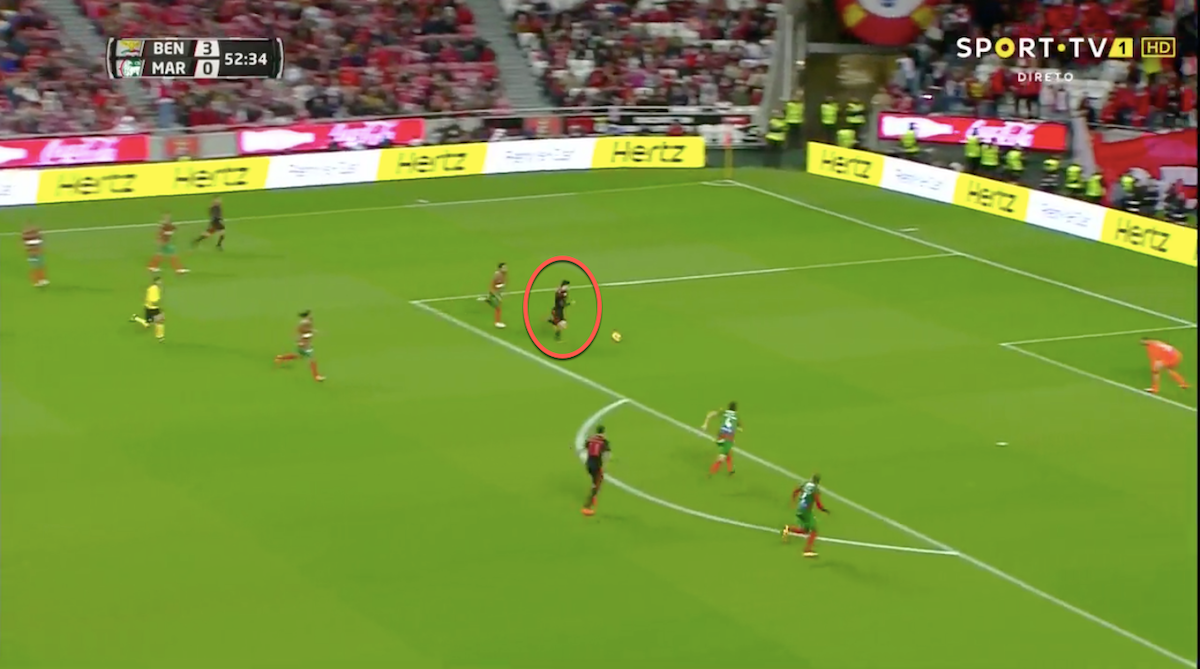 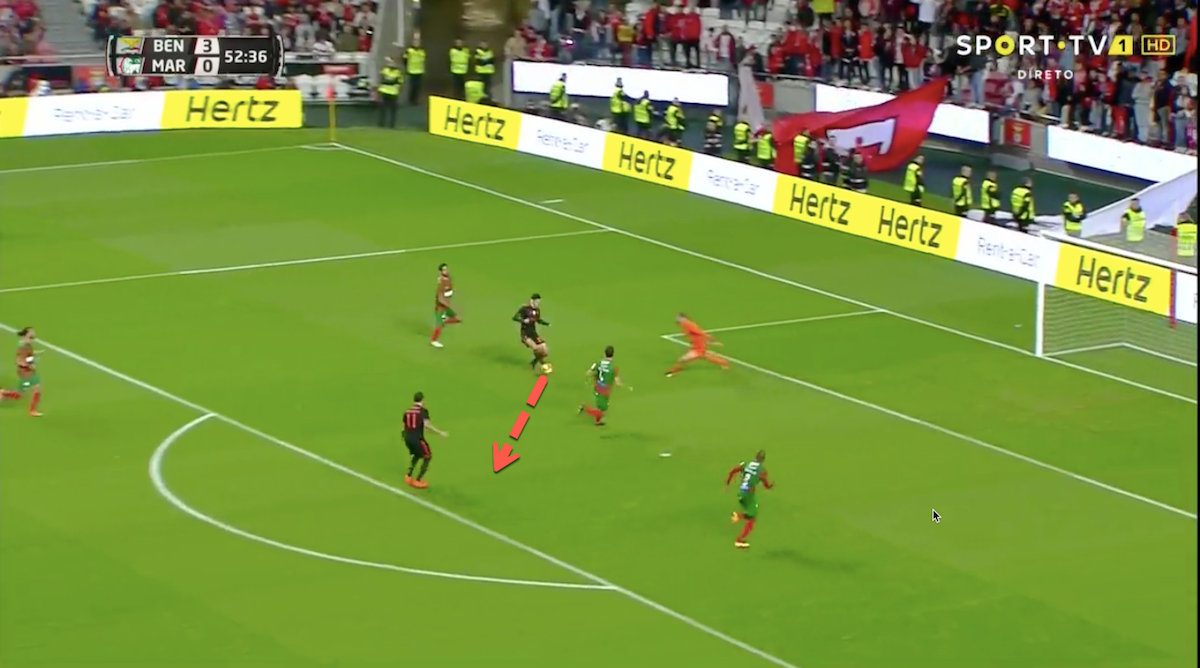 When it comes to chances created, Guedes’ ability to conjure a scoring opportunity is impressive. With 22 chances created this term, he averages one every 54.29 minutes, marginally better than Martial’s output (54.39 minutes) and comfortable ahead of Rashford’s (87.2 minutes). 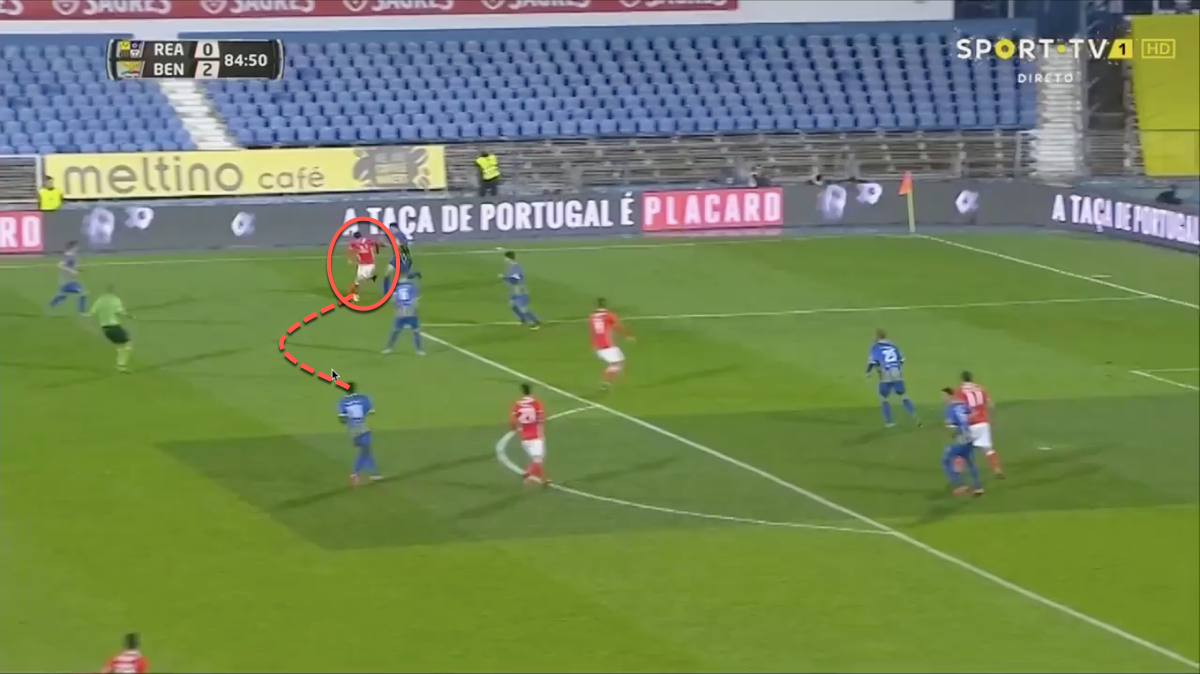 However, the two-cap Portugal star has some way to go before he catches up with Mata (40.42 minutes) and Mkhitaryan (34 minutes). But, seven years both men’s junior, it is entirely possible that Guedes will reach their level in the not-too-distant future.

The tricky Benavente-born winger’s dribbling skills are at the core of his creativity, as he often looks to burst past his marker to draw in an additional defender, thus opening up space elsewhere, before releasing a pass to a team-mate. 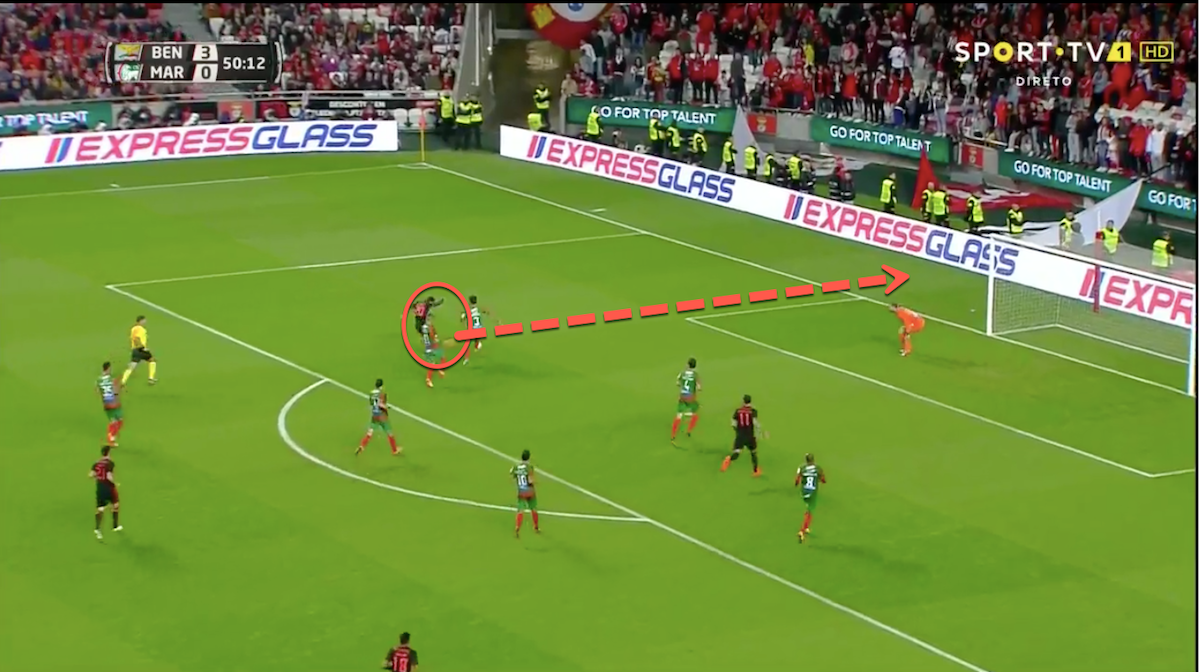 His tally of 14 completed take-ons this season can be topped by Martial (17) and Rashford (15), but with a 50 percent success rate, only Martial (56.67 percent) and Mata (86.67 percent) get by their opposite number more regularly.

And despite his tender years, Guedes has show a degree of tactical discipline that will undoubtedly have caught Mourinho’s eye. 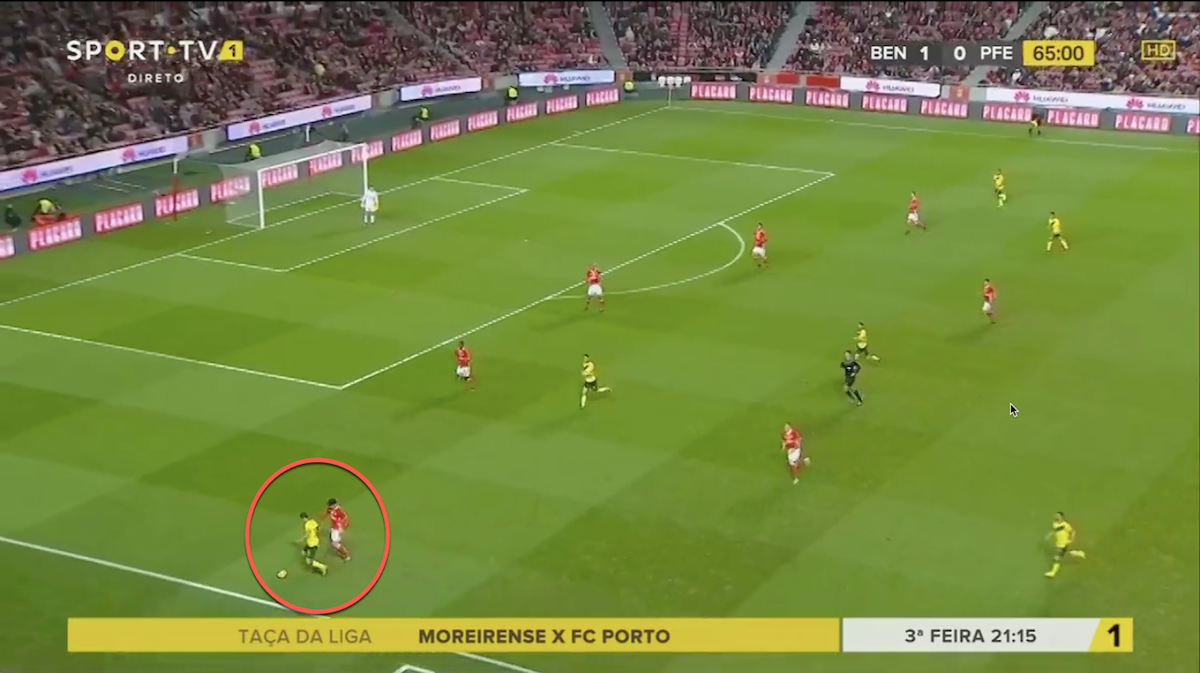 Unafraid to track back and put in a shift in the defensive phase of play, Guedes has won 52.27 percent of his duels during the current campaign, a figure that, of the above-mentioned players, only Mata (54.79 percent) can better.

The one area of his game that still requires refinement is his finishing. That’s not to say that Guedes is by any means a bad finisher, he’s just inconsistent and, at times, erratic in front of goal. 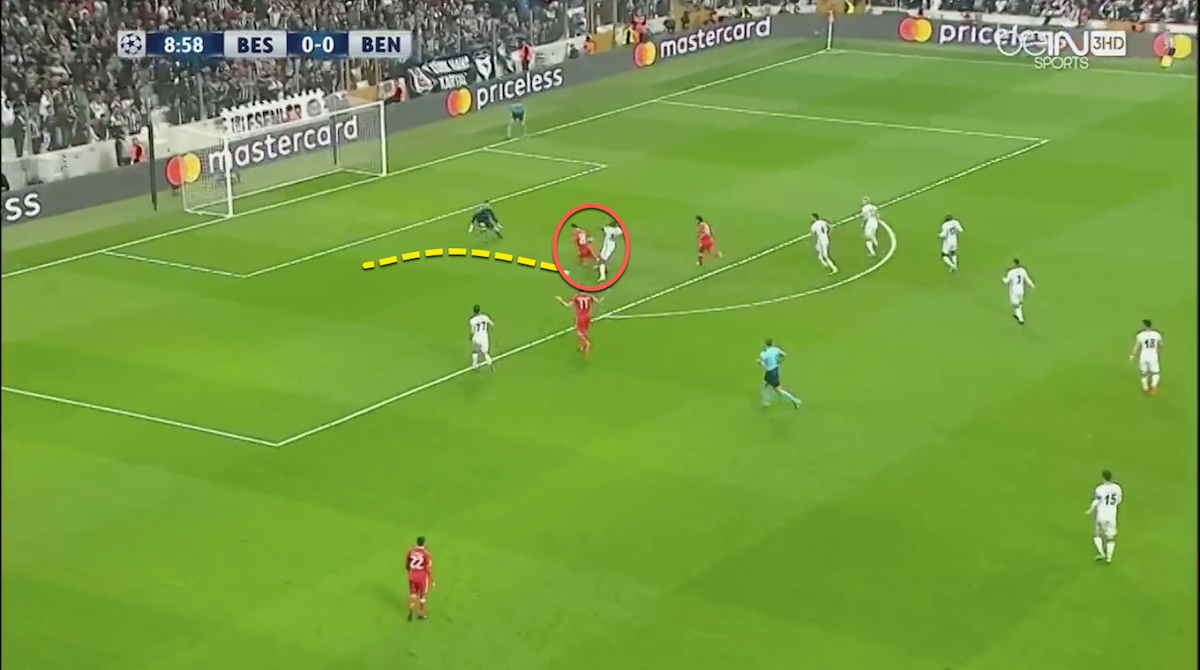 With United currently ranking 18th in the Premier League for shot conversion – they have required 8.39 unblocked shots for every goal they’ve scored this season – this will perhaps give reason for Mourinho to think twice before signing a £26million cheque for the youngster.

There have been occasions for Benfica where Guedes has looked incredibly assured when picking out the corner of the net. But there have often been times when he has snatched an opportunity, blazing wide or over the crossbar as he has perhaps been a little too eager to apply power to his effort when accuracy should have been his foremost concern. 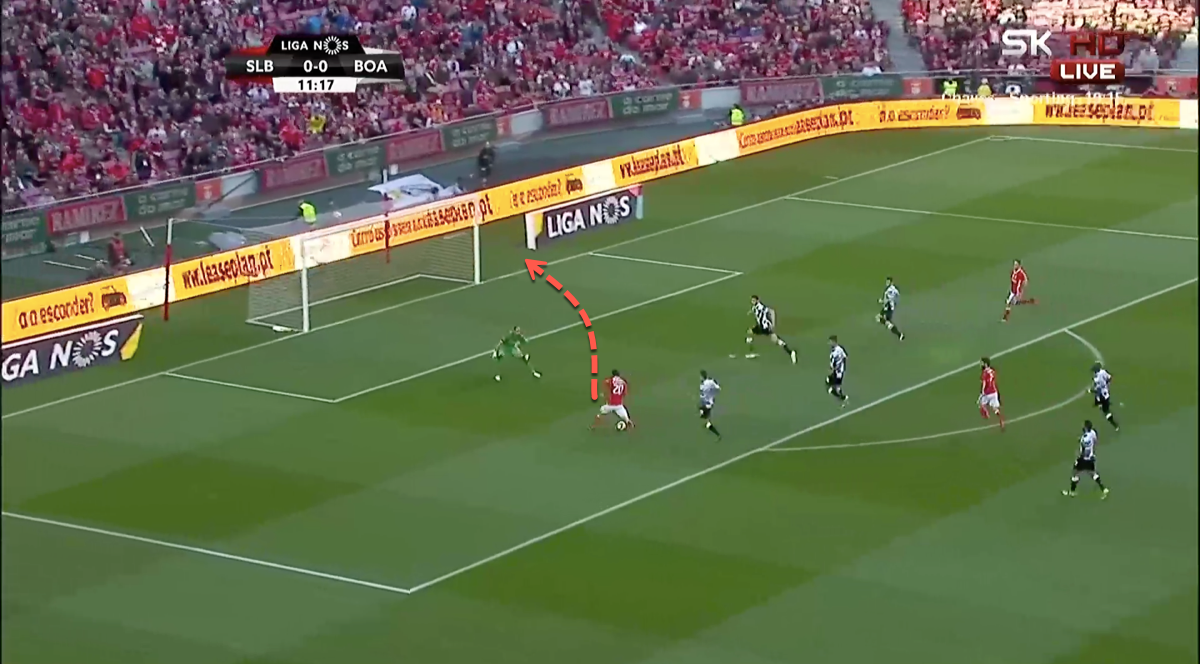 As with most undesired traits in a young footballer, this can be remedied by experience and attention from a good coach on the training field, and will likely not prevent Guedes from reaching his full potential.

Overall, with United seemingly stocked in the wide and central attacking positions, signing Guedes now wouldn’t make a huge amount of sense for Mourinho, unless the Benfica man is a long-term target and they are worried another club will soon snap him up.

Some reports have suggested that he will be brought in to replace Memphis Depay following the Dutch winger’s move to Olympique Lyonnais last week. But Depay only featured in 20 minutes of Premier League action this season, so he’s hardly left a gaping hole in the squad.

However, Guedes is a very talented young player and would certainly improve almost any squad in Europe.

It may be more a case of want, rather than need, for United this month.