At the end of the 2015/16 season few of a Celtic persuasion could have imagined tying Stuart Armstrong to a new deal would become such an important bit of business.

Yet that is a reality at Parkhead this summer. The 25-year-old Scotland international, who has just signed a new two-year deal with the club, has commited the best years of his career to the Bhoys after a stellar 2016/17 campaign.

“I wanted to put talks on the back burner towards the end of last season,” Celtic boss Brendan Rodgers said. “I didn’t want distractions and there was a period when it wasn’t resolved.

There is little concern that Armstrong won't sign a new agreement with the Hoops. It has been a remarkable turnaround for a player who looked short of the level required of a Celtic player during his first season and a half at the club.

Signed by previous boss Ronny Deila in a double deal with Gary Mackay-Steven in February 2015, Armstrong struggled to carry his form from Dundee United with him to Glasgow and scored once in 17 appearances in the second half of the season.

There was little to suggest the midfielder would go on to become an integral cog in the most entertaining Celtic side since Martin O'Neill's departure either. He was a regular in the match-day squad under Deila but started just 19 games in the Scottish Premiership in 2015/16.

What did not help his cause was the fact Armstrong found himself behind influential skipper Scott Brown, Nir Bitton and Stefan Johansen in the pecking order for the central midfield berths.

More often than not that led to Armstrong playing out of position on the left-hand side of the Norwegian's preferred 4-5-1. The theory was that Armstrong could cut in from the left onto his favoured right foot. But in practice he was half the player he has become this season.

That is largely down to Rodgers. The former Liverpool boss's reputation as a coach is well known. The Ulsterman has taken Scott Sinclair to a previously undiscovered level and made 32-goal striker Moussa Dembélé the envy of Europe.

At the other end of the field, Craig Gordon has returned to his best and, reportedly, was a Chelsea transfer target.

However, not even Rodgers was fully convinced by Armstrong when he arrived in Glasgow last summer.

“When I first came in he gave it away too cheaply,” Rodgers said in January. “He wants to progress and be a better player, so we reinforced the possession element of his game. Stuart’s also got a good range of pass, can shoot and is good on set-pieces.

“He’s a really significant player for us. Stuart’s goals have just come from giving him a framework. It’s all down to him.”

Rodgers has that effect on players and he has weaved his magic on Armstrong too. Putting the Inverness-born midfielder back in his natural position was a good start and, given the freedom to break forward in a midfield three, Armstrong has thrived.

He has displayed a Frank Lampard-esque knack for arriving in the box at the right time and bagged 15 goals in all competitions last season which is, by some distance, the best goalscoring return of his career.

That skill was evident as he struck the opener in Celtic's 4-1 win at Partick Thistle in December. Armstrong (circled in yellow) starts his run as Brown, in possession, looks for an option. 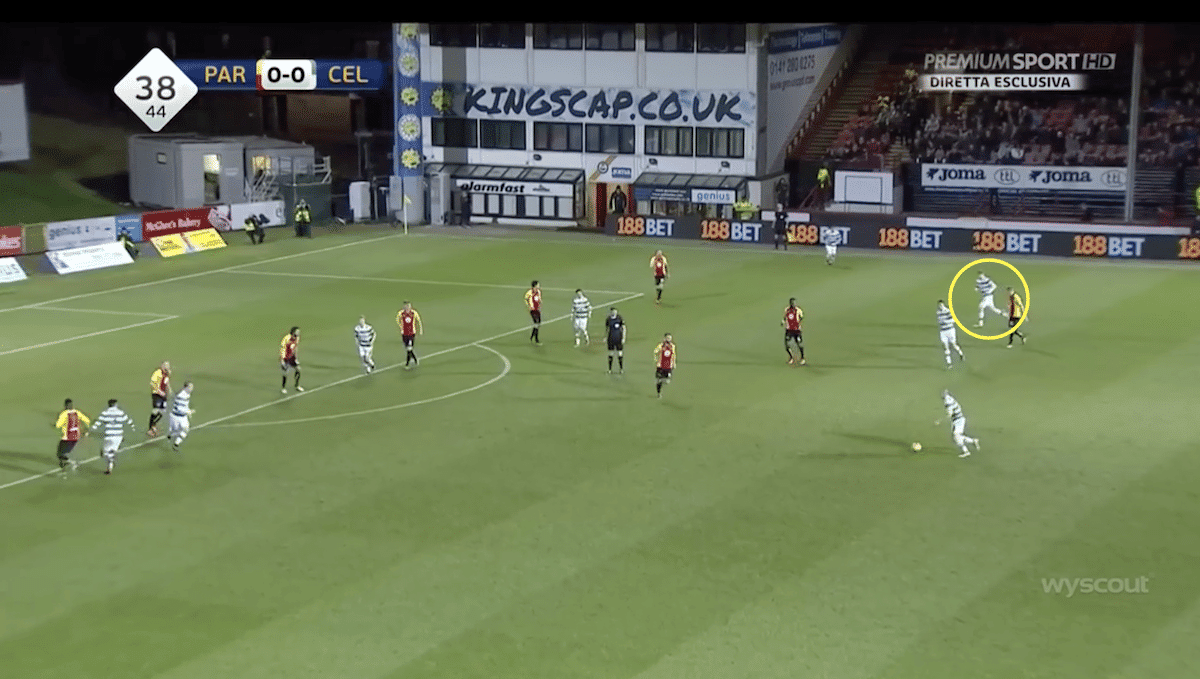 Armstrong continues his run, gradually picking up the pace, as Leigh Griffiths (circled in red) takes on Partick's right-back and whips a cross into the middle. 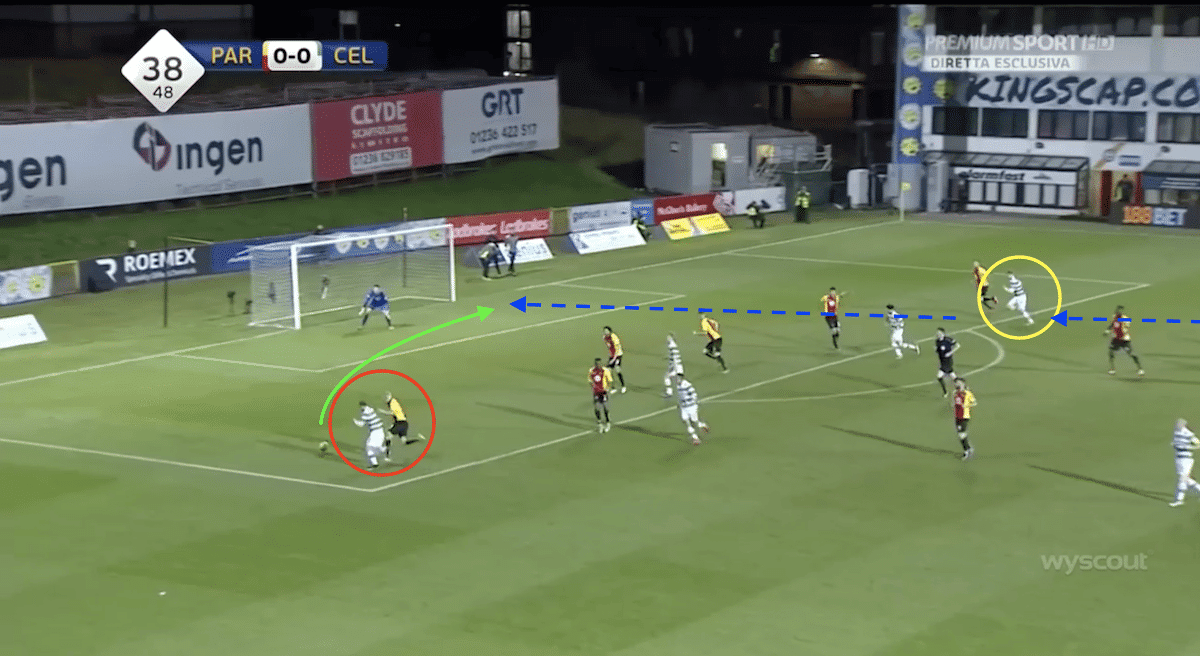 Armstrong finally breaks into a sprint and arrives at the perfect time to meet Griffiths' cut-back from the left-hand side, giving him the simple job of tucking home from inside the six-yard box. 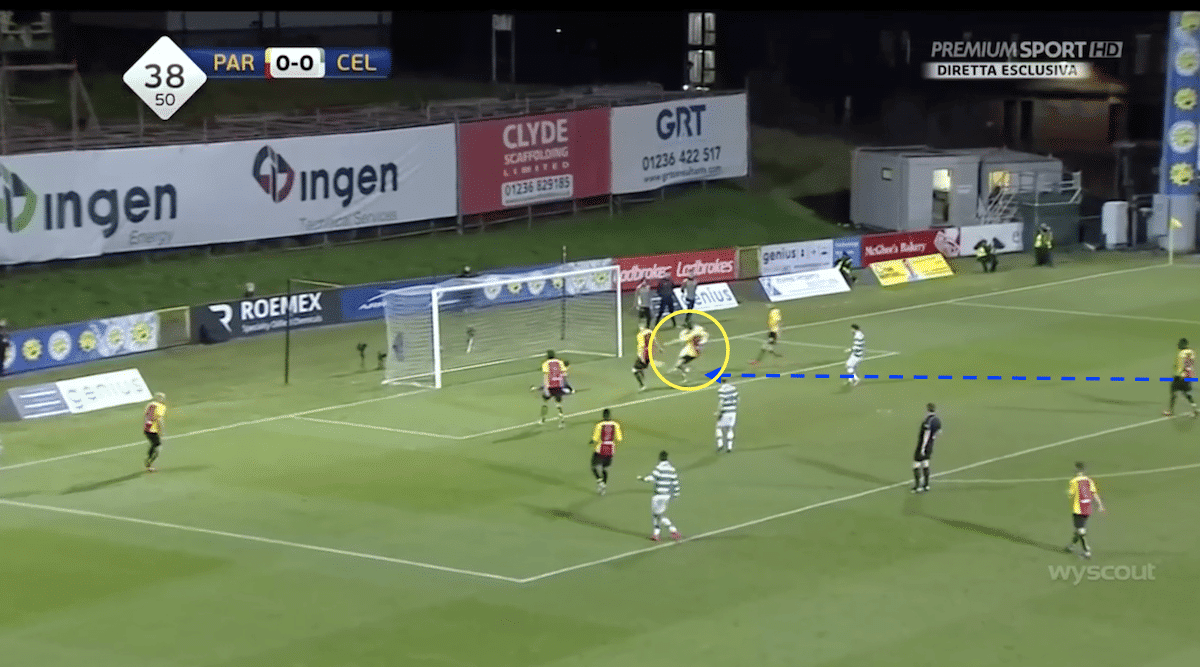 It is a trait Rodgers is quick to recognise. “Stuart’s that type of player,” the Bhoys boss said. “He’s got an in-built brain for getting in the box and getting goals.

“He’s fundamentally learned the position, how I would see that played as a No.8.”

Armstrong's fine form has also been recognised internationally. Long ignored by Scotland coach Gordon Strachan, he was finally handed his long-awaited debut in a World Cup qualifier in March against Slovenia.

“The best Scotland debut I have ever seen,” Strachan said afterwards. And he was equally effusive in his praise of the improved fitness of the Celtic contingent in his squad when looking ahead to the World Cup qualifier against England this month.

“Celtic’s whole season has been wonderful,” Strachan said. “It’s set an example, that if you’re fit, if you’re organised and have good players, then you can achieve most things. 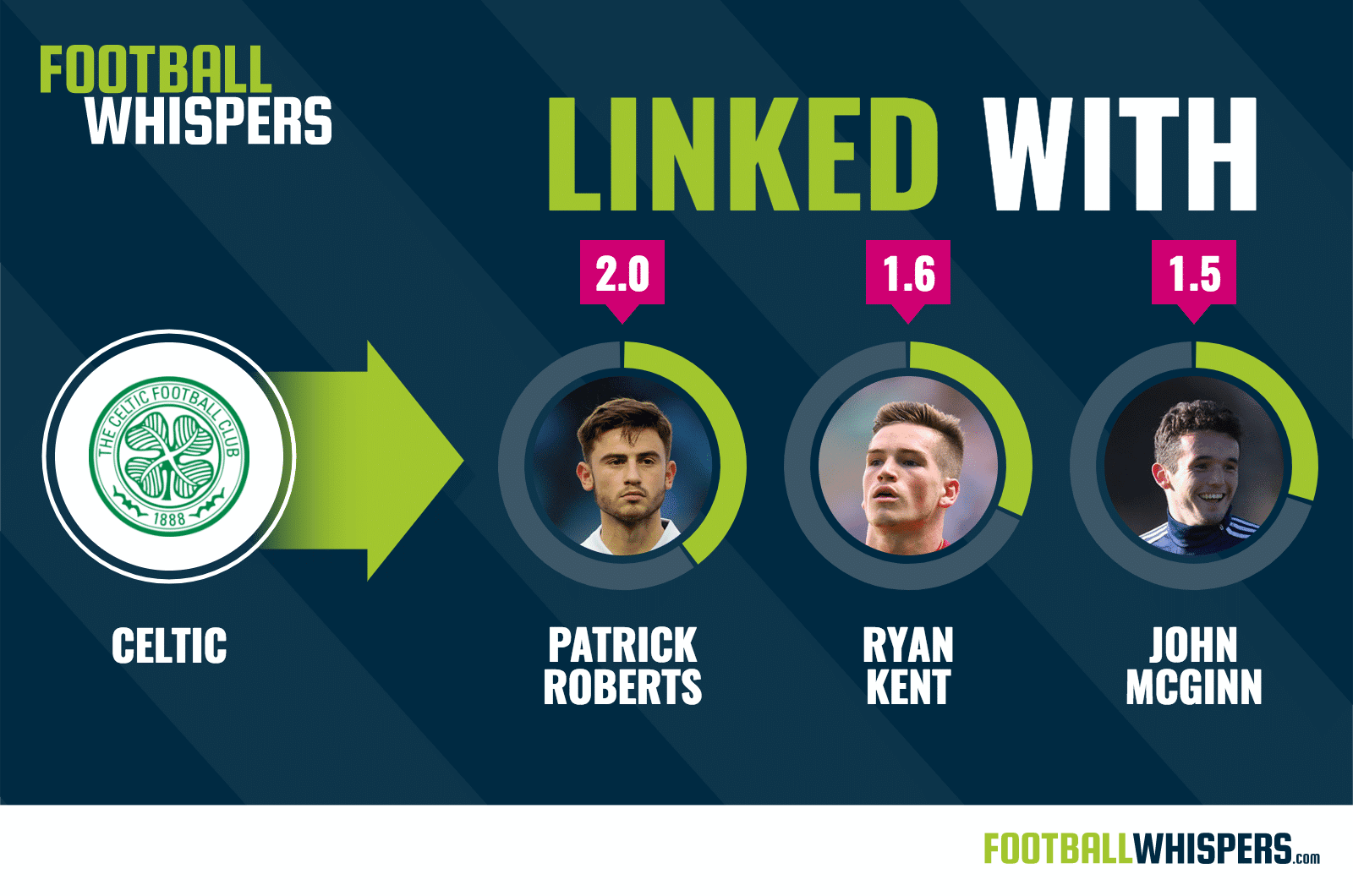 “Scott Brown’s also been tremendous in midfield with great fitness levels. If you ask me that question ‘Have I seen a difference in the Celtic boys?’ then I have to say, absolutely.

“It is very hard on Ronny Deila and his backroom staff that went before — but that is fact.

“Fitness allows you to do things: The pressing, keeping the ball. What Stuart does, the way he beats people, that is all down to his fitness.

“He has always had that technique, it is adding that extra all-round fitness that makes you a better player.”

A better player Armstrong has become. And if he continues his current trajectory Celtic could have a scarily good player on their hands for years to come.