This morning, Lazio fans woke up to a beautiful new reality. Wednesday night had been a special one, with everything centred on a clash with Roma in the Coppa Italia semi-finals. It was an important match and an important occasion, and Lazio got their first victory in the Derby della Capitale since 2013. Four difficult years and harsh memories of four consecutive defeats were wiped away by goals from Sergej Milinkovic-Savic and Ciro Immobile. Lazio won 2-0 to give themselves a real chance of at once knocking out their main rivals and making the cup final.

Several players were overawed by the experience. “The fans asked us for this, even if we didn’t have much time to prepare, we did it well,” striker Immobile told Rai Sport. “It was certainly one of the best nights of my career.” Club captain Lucas Biglia spoke after the match of crying “tears of happiness, [and] of pain.”

Meanwhile, head coach Simone Inzaghi was full of praise for his side’s collective display. “I think we played a perfect game,” he said. “We were facing a side that many people said was unbeatable, we gave it our all and achieved a deserved victory.” Inzaghi also discussed his desire to win for the supporters.

“It was emotional seeing the fans even before the game, let alone after it,” he admitted. “We wanted to make them happy and bring this moment that they had been waiting for.” 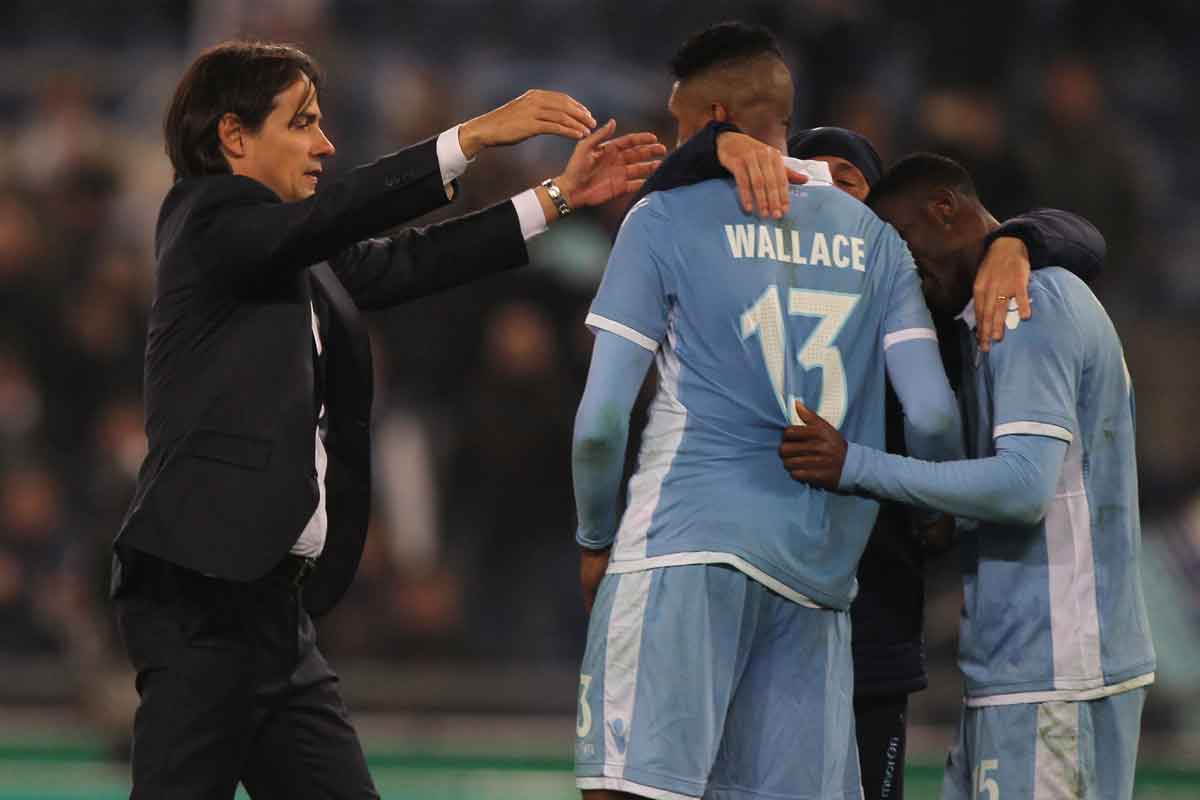 While Lazio have a second leg to see out before they can celebrate seeing Roma out of the competition, there are plenty of other reasons for the club’s fans and players to be happy. This season the Biancocelesti have been resurgent; they are on course for a place in Europe next term, currently sitting fifth in the Serie A table, have one of the best defensive records in the league, and are also one of the most exciting young teams in all of Italy right now. And Inzaghi has been the mastermind behind the rejuvenation.

On July 6 last year, Marcelo Bielsa was appointed head coach of Lazio. The Argentine’s arrival was seen not only as a major step forward in the club’s history, but a hugely intriguing move within the world of calcio. Italian football, it felt, was set for a revolution brought about by the man whose football has thrilled fans across continents over the decades. But, by July 8, the revolution was over almost as soon as it had begun.

Bielsa resigned from his post after just two days in charge, citing the club’s failure to fulfil their end of the bargain regarding player recruitment. “It had been decided and made clear … that reinforcements were necessary, taking into account the departure of 18 players from last season,” the manager wrote in a letter to Lazio that was published by the Argentinian media. “It was agreed, as an essential condition to the implementation of the work programme, that we would sign at least four footballers before July 5, with the aim that they would participate in pre-season. To this date, not one player has been signed.”

The club responded with an official statement, saying: “We note with amazement the resignation of Mr Marcelo Bielsa … in a clear violation of the commitments undertaken in the agreements signed last week.”

What had promised to be an entertaining new era in Lazio history had crumbled over the course of 48 strange and shambolic hours. Picking up the pieces, the club took legal action against Bielsa. But no amount of compensation would help them with the organisation of the team. They needed a new coach, and Simone Inzaghi stepped in.

For much of his playing career, Simone was overshadowed by the scoring exploits of his brother, Filippo, who played for the likes of AC Milan and Juventus, won three Scudetti, two Champions Leagues and one World Cup, and found the net with a regularity few others could rival. But, in coaching, Simone has made a much faster start.

Yet another defeat to Roma had prompted Lazio to dismiss Stefano Pioli last April, and Inzaghi was brought in on a temporary basis to steady the ship. Having started out by coaching in the club’s youth sides, the 40-year-old, who also played for Lazio, was delighted with his new role and made clear his ambition to retain it.

“My objective was always to become manager of Lazio,” he told the press upon his appointment. “I’m proud and I cannot wait to start. I am the manager today but I want to be manager for the future as well.”

Beginning his spell with a comfortable 3-0 win over Palermo at the Stadio Renzo Barbera, Inzaghi went on to win four and lose three of his seven games in charge, securing an eighth-place finish for the club. However, he was not immediately handed the head coach’s role on a permanent basis, with Lazio initially going with Bielsa.

Still, when the Bielsa experiment failed to get off the ground, Inzaghi was once again there to steady the ship.

One of the coach’s primary qualities in turning Lazio into a force capable of achieving a top-five finish in his debut season in charge has been his ability to maximise the talents of a number of promising young players. Compared to last season, 22-year-old attacking midfielder Milinkovic-Savic is creating more chances per game, while 23-year-old winger Felipe Anderson is completing almost twice as many dribbles. 21-year-old forward Keita Balde Diao has already hit more league goals than in any other season, while 22-year-old centre-back Wesley Hoedt is averaging more tackles and clearances than he did in a shaky first campaign.

And, drawing upon his experiences with the club’s youth sides, Inzaghi has promoted from within, giving chances in the first team to 21-year-old Cristiano Lombardi and 20-year-olds Alessandro Murgia and Alessandro Rossi.

Under Inzaghi, Lazio have also become a more cohesive unit. While he has varied the system, changing between three- and four-man defensive lines, Inzaghi has been able to introduce a compact defensive shape within a deep block, allowing little space for opponents to penetrate. And, in attacking transitions, Lazio have been exhilarating at times, with swift, incisive counter-attacks utilising the pace and skill of Anderson, the energy and direct running of Immobile, and the aerial power and hold-up play of Milinkovic-Savic.

They don’t prioritise possession, and only three teams in Serie A play more long balls per game. Inzaghi’s Lazio are defensively sound, direct and a lot of fun to watch. On top of that, they are enjoying a positive league campaign. But, arguably more important even than that, they have ended the long, arduous wait for derby success.

Check out the latest from Italy on our Serie A page.