“Plus ça change, plus c'est la même chose” is a French proverb which roughly translates to “The more things change, the more they stay the same”. This sentiment could very much be applied to Diego Simeone’s transformation of Atléico Madrid.

Since taking over at the Vicente Calderón in December 2011, Simeone has built a team of astounding resoluteness, with an almost impenetrable defence. The success of his Atléti side stands on a foundation of organisation, hard work and planning.

But what is perhaps most remarkable about Simeone’s achievements with Los Rojiblancos is that almost every summer, one or more of his key players has been sold.

Of the eleven players who started for Atléti in their 3-0 victory over Marcelo Bielsa’s Athletic Bilbao in the 2011-12 Europa League Final, only four remain – and that’s if you include Brazilian full-back Felipe Luis, who was sold to Chelsea in 2014, before being brought back last summer.

Radamel Falcao, Arda Turan, Diego, Miranda, Adrián and Mario Suárez have all since been sold, and goalkeeper Thibault Courtois returned to Chelsea after his three-season loan spell expired. 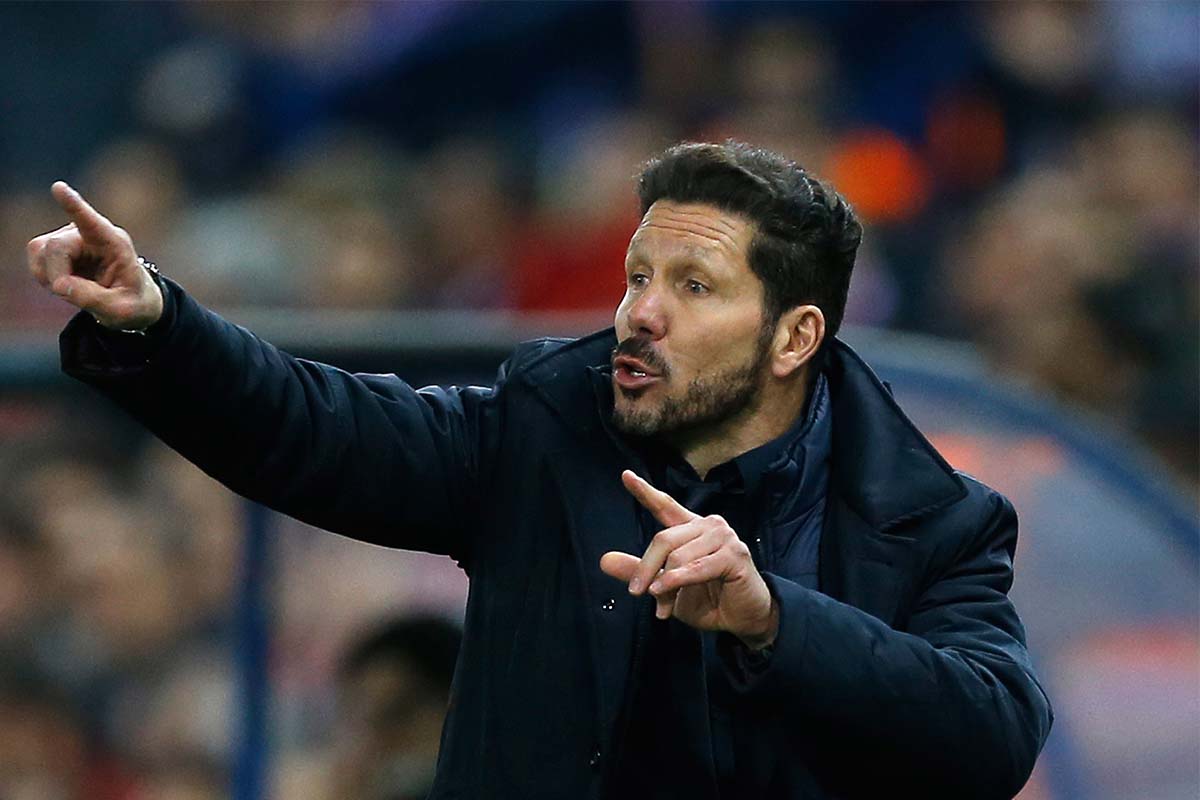 In 2014 Atlético won an unlikely La Liga title – their first in almost two decades – and reached the Champions League final, finishing runners-up to rivals Real Madrid. That season combative Brazilian striker Diego Costa scored 36 times in all competitions, as he stepped up to fill the goal-scoring void left behind by Falcao’s sale to Monaco the previous summer.

But then Costa, too, was sold, joining Chelsea for £32 million. So in came the current star of the Vicente Calderón, Antoine Griezmann. The Frenchman was brought in from Real Sociedad, where he has predominantly been utilised as a winger, to become Simeone’s new goal-scoring talisman.

The fact that Atléti have been able to sell as many of their top stars as they have, yet remain one of the most competitive sides in Europe is partly a triumph of recruitment; the allowance of third-party ownership in Spain has contributed to Los Colchoneros’ ability to bring in promising young players without taking on the full financial risk themselves. And their Italian sporting director Andrea Berta’s negotiation and relationship building skills have certainly been a factor in recent years.

But those reasons alone would not explain how, through all of this change and upheaval, Atlético have managed to maintain their specific style of playing, irrespective of personnel.

That can only be put down to the coaching, communication and motivational skills of the manager. Simeone has constructed a unit which, although packed with marvelously talented individuals, is greater than the sum of its parts.

The Atlético system which Simeone has crafted, has almost taken on a life of its own. You feel as though it would continue to exist even if all of the players left tomorrow.

The team-spirit and togetherness instilled by the Argentinian coach have become the hallmarks of this team. Just as Pep Guardiola has a discernable way of making his teams play, so too does Simeone – although that’s pretty much where any similarity between the two coaches ends.

Atlético’s is a defence-first philosophy. Their backline is drilled to perfection and marshalled by Uruguayan centre-back Diego Godín. Godín has emerged as one of the finest defenders in world football under Simeone’s tutelage, and he is now passing on his expertise to 21-year-old compatriot José Giménéz, with whom he has formed a formidable partnership.

Although Godín is the linchpin of the Atléti back four, Los Rojiblancos’ defensive unit is so finely tuned that even the 30-year-old’s recent injury lay-off didn’t upset their balance. Each individual player knows his roll so completely that 20-year-old French rookie Lucas Hernández was comfortably able to deputise for Godín, without disrupting the structure of the side.

No greater testament to defensive solidarity can be found than the example set by Atléti’s away goals triumph over Guardiola’s Bayern Munich in this season’s Champions League semi-final.

The two-legged tie was billed by many as a battle of sporting good versus evil – with Bayern in the righteous role of picturesque pattern weavers, while Atlético were the dark destroyers aiming to crumple the German side’s footballing origami.

Atlético, just as they had in the quarter-finals against Barcelona, were happy to cede large chunks of possession. Preferring instead to maintain their stubborn fortress and press their opposition in midfield, while making efficient use of the ball when they had it, to catch Bayern off guard.

And over 180 minutes of intense action, Simeone’s plan worked to perfection. It is hard to imagine that any other team in Europe would have been able to withstand the pressure that Bayern put Atléti under. Bayern racked up a total of 53 shots over the two legs, compared to Atlético’s 18, and the German side averaged 73.5 percent possession.

Atlético rode their luck slightly, and things might have been significantly different had their outstanding Slovenian goalkeeper, Jan Oblack, not kept out Thomas Müller’s penalty in the Allianz Arena. But Bayern benefitted from their share of good fortune too, as Xabi Alonso’s second leg opener came thanks to a heavily deflected free-kick, and Manuel Neuer also denied Fernando Torres from the spot.

But for all of Bayern’s possession, for all of their intricate passing moves, it was Atlético Madrid’s 21-year-old midfielder Saúl Ñíguez who provided the tie’s – and perhaps the season’s – one true moment of outstanding beauty. The Spain under-21 international collected the ball 40 yards from goal and weaved beyond three Bayern defenders, before curling a delicious left-footed strike into the bottom corner to put his side ahead in the first leg.

It was a goal which proved to detractors that this team, who will win by any means necessary, are just as capable of producing moments of beauty as any of their peers.

So Atlético head into the Champions League final with Simeone seeking revenge against Real Madrid, whose late comeback in 2014 denied him the biggest prize in club football. In his five-and-a-half years in Spain’s capital, El Cholo has managed to bring stability to a team in constant flux. The vultures will be circling around his latest crop of stars again this summer, but whether he holds onto them or not, Simeone knows his team will cope just fine.