Two of the finest midfielders in Premier League history will be on the pitch at the same time at Stamford Bridge this weekend when Chelsea host Manchester City.

Cesc Fàbregas, Chelsea’s No.4, who also previously played in England for Arsenal, has recorded ten assists or more in six seasons, a mark nobody else has managed.

Only Ryan Giggs (162) has made more Premier League assists than Fàbregas’ 107, but it is David Silva who leads the way this season in England's top flight with six – his Spanish compatriot has none so far.

Now in his eighth season at Manchester City, Silva has been consistently one of the Premier League’s best and arguably should have been named in more than just one Team of the Season (2011/12).

He won Player of the Year last season at City and, at 31, he is as good as ever and thriving under Pep Guardiola.

Ahead of Saturday’s match, we compared how the two are getting on statistically in the Premier League so far this season.

With City sitting top of the league, three points clear of Chelsea in third, perhaps it is no surprise that it’s their man Silva who has impressed more statistically so far. 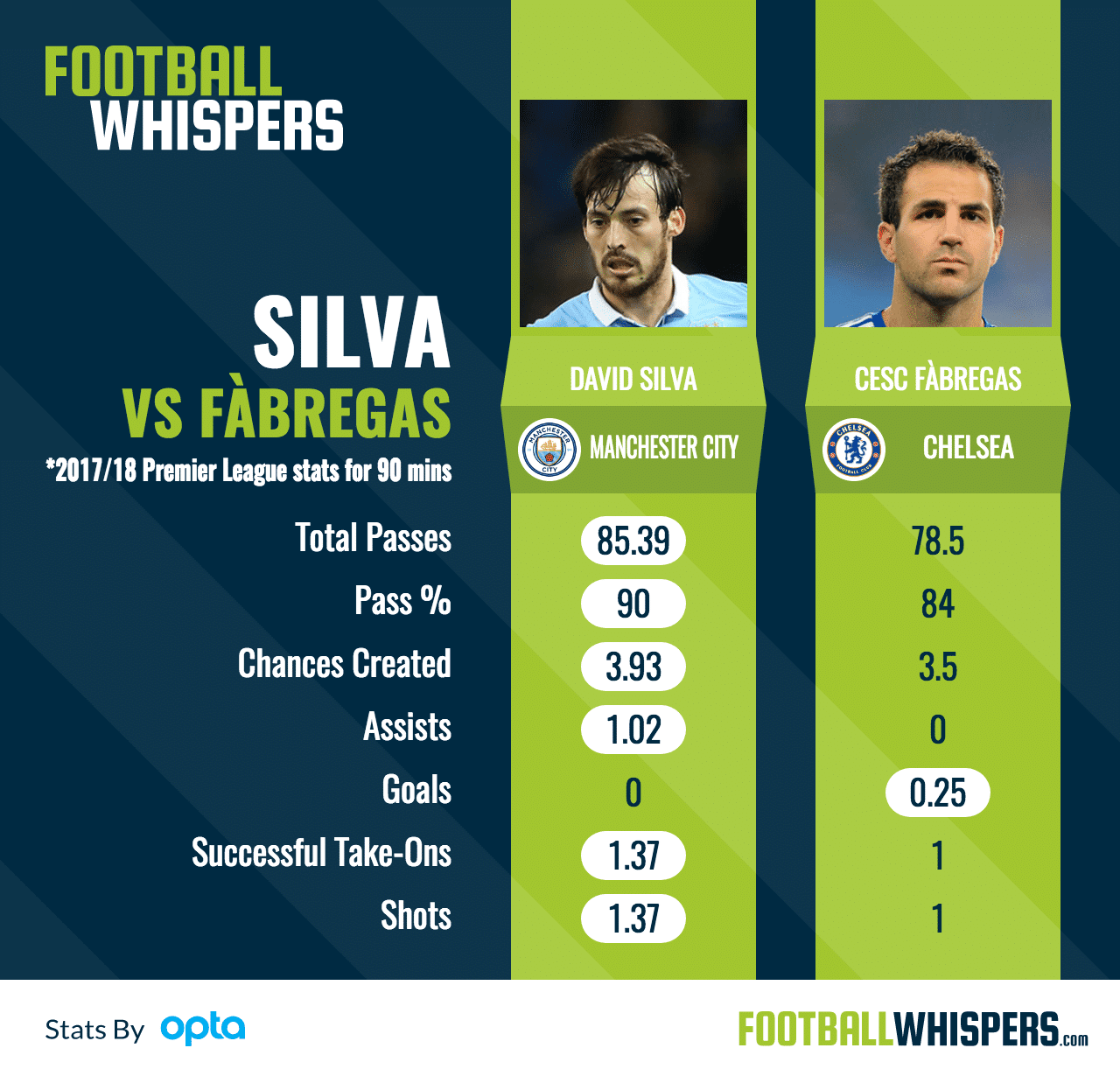 He has been more involved in the game than Fàbregas, averaging 85.39 passes per 90 minutes, compared to the Chelsea man’s 78.5.

Those passes are also more accurate – 90 per cent reach their destination compared to 84 per cent from the Blues midfielder.

But considering Fàbregas does created more than three chances for his team-mates per match, it is a little harsh he has no Premier League assist so far this season.

The City man also makes more successful take-ons per 90, with 1.37 to Fàbregas’ one.

Chelsea’s No.4 does have the edge in terms of goalscoring, with his one goal working out at 0.25 every 90, while Silva is yet to find the back of the net.

That isn’t for want of trying though – he’s averaging more shots per 90 than Fàbregas (1.37 to one), but his shooting accuracy is considerably lower (20 per cent compared to 50 per cent).

Silva has played more minutes than Fàbregas – 527 to 360 – but in that time so far this season he’s outshone his fellow Spaniard.