Liverpool are close to securing their second signing of the summer with a deal to bring Roma's Mohamed Salah to Anfield nearing completion. He's due to arrive in England on Tuesday evening and complete his medical this week.

He's the latest in a long line of ‘second' choice targets arriving on Merseyside joining Sadio Mané and Gini Wijnaldum in that category. According to reports it was Bayer Leverkusen's Julian Brandt who was the top summer transfer target for Liverpool after the club failed to land him in January.

Melissa Reddy of Goal.com revealed that Liverpool have been forced to look elsewhere with the 21-year-old wanting guaranteed playing minutes ahead of the 2018 World Cup. Something he feels he wouldn't get on Merseyside.

The report went on to name former Basel attacker Salah as that man. The Egyptian has been on the club's radar for quiet some time now and nearly joined the Reds back in 2014 when Brendan Rodgers was at the helm. Chelsea trumped them though. 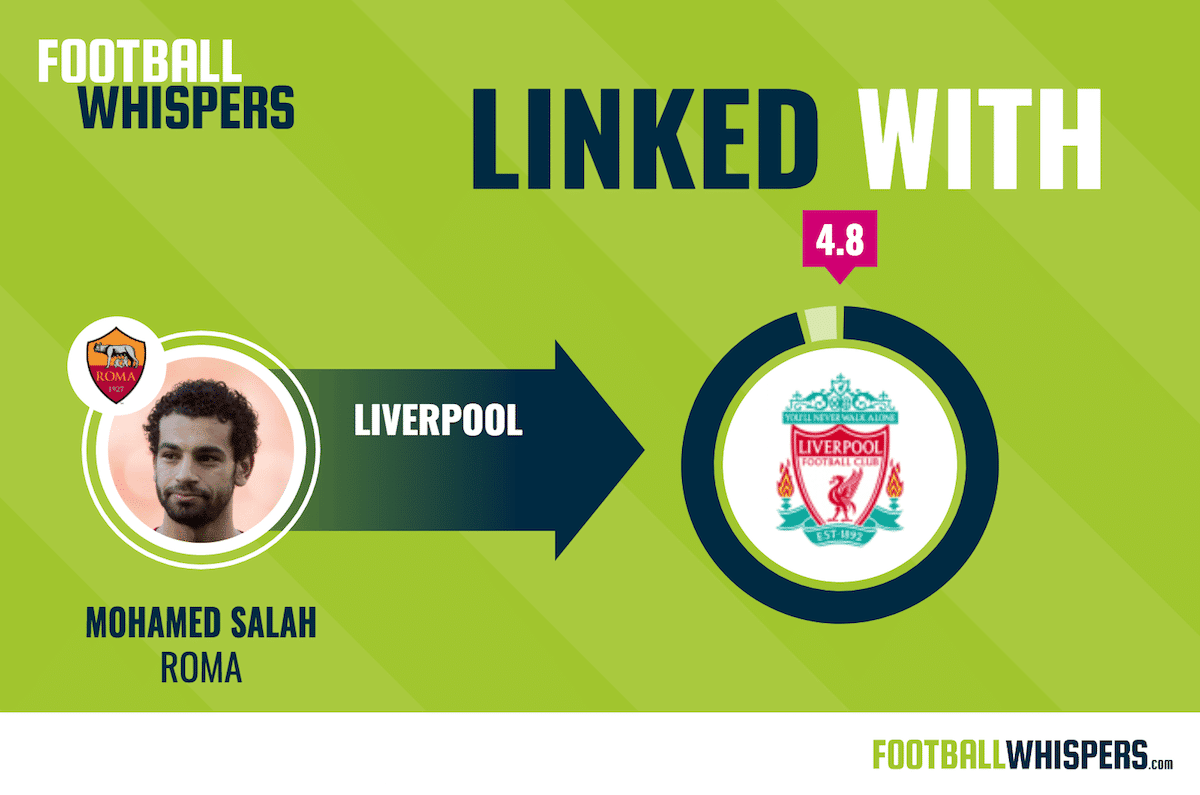 “Liverpool had wanted me for a number of months. They had opened talks in October 2013,” Salah explained in 2016.

“Negotiations took a long time, because Basel rejected more than one offer. They felt the transfer fee was not that high.

“I was waiting for Liverpool because I really like Liverpool. I was eager to join them. But then I received a phone call from Mourinho and that changed everything.”

Like so many other players who sign for Chelsea, his time at Stamford Bridge was spent on the bench before productive loan spells at Fiorentina and Roma. He signed for Giallorossi on a permanent basis in a deal worth €15million.

He's flourished in the Italian capital and has 13 goals and ten assists to his name as Luciano Spalletti's men battle it out with Napoli for a runners-up position behind a dominant Juventus side.

Why Salah improves the Liverpool squad?

The Reds needed to add pace to their squad and Salah brings just that. Rightly so, in the absence of the injured Mané those in red have looked pedestrian and one dimensional.

It's been fairly straightforward for the opposition over recent weeks in terms of controlling the play with everything being played ahead of their defence and very little threat in behind. Although Klopp's men have been picking up points along the way, these kind of results aren't sustainable in the manner they're currently playing.

Liverpool look like a completely different threat when their Senegalese speedster takes to the pitch. His explosive acceleration is key to breaking teams down. He showcased it in all of it's glory against Everton during the Anfield derby. The former Southampton man receives the ball on the right hand side of the pitch and there's a simple pass on backwards to Gini Wijnaldum. 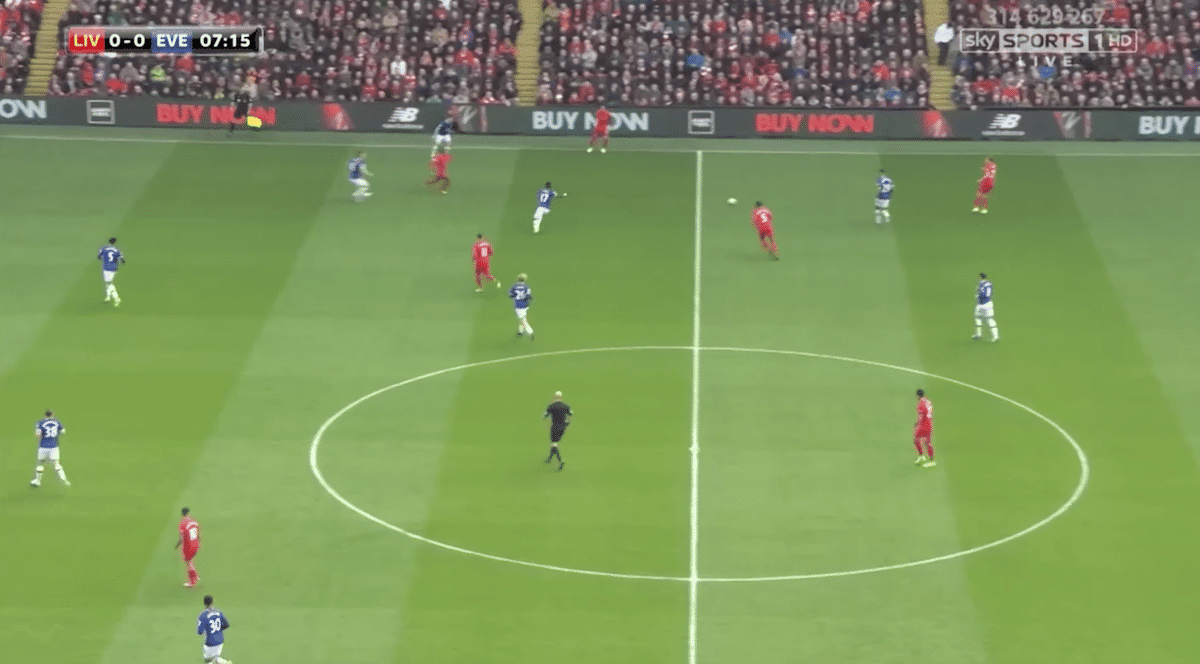 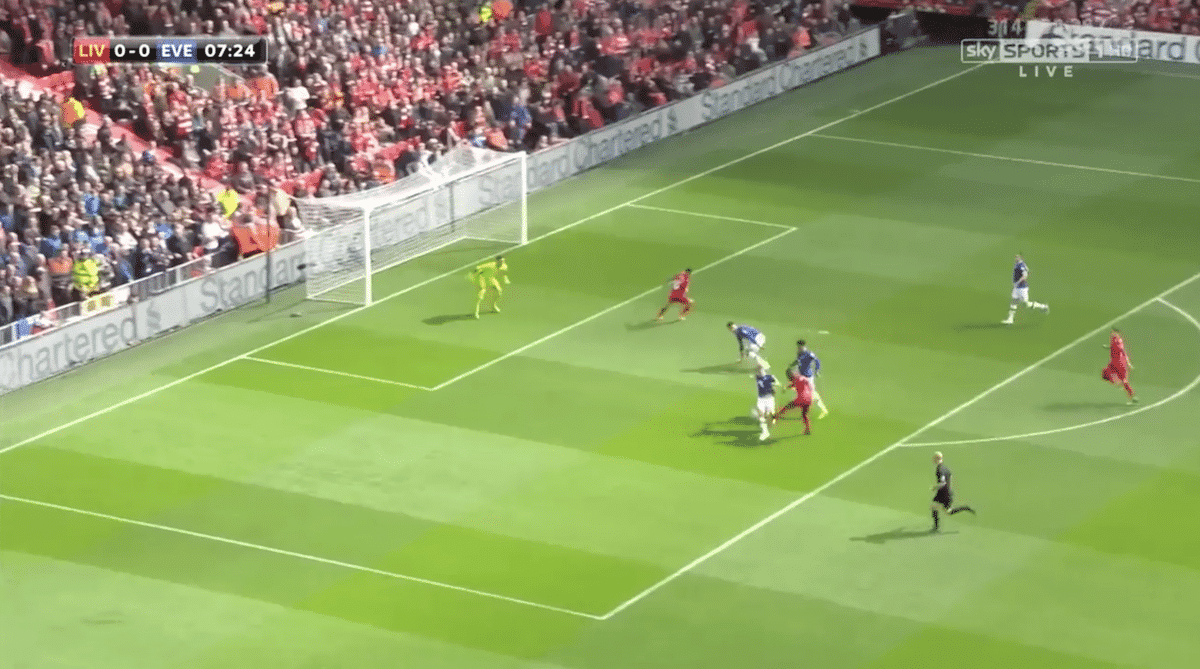 The Toffees had seven men behind the ball and Liverpool had just two ahead of Mané. Undeterred, he speeds past Idrissa Gueye, plays a forward pass to Roberto Firmino and continues his run forward. In the process he breezes past Tom Davies before being fronted up by Ashley Williams. The former Swansea man isn't able to stay tight and Mané is able to fire home past a hapless Joel Robles.

Adding Salah to the squad would mean Klopp is no longer reliant on the ex-Red Bull Salzburg man to inject that acceleration alone. In a sense, they would no longer be a one man team.

Philippe Coutinho and Firmino have a lot of qualities but raw pace isn't one of them. The pair can trick their way out of a lot of situations but there are ways to combat them. It's why over recent weeks they've been fairly disappointing apart from moments of genuine magic.

Coutinho's free-kick against Crystal Palace. Firmino's thunderbolt against Stoke City. They've been on the peripheral.

He effortlessly glides over the ground, and it's that burst over the initial five yards which can be the difference maker between a 0-0 draw and a 1-0 win. The opposition goes from compact and organised to stretched and struggling in a matter of seconds.

Comparing Salah to the Liverpool attack

Quickness is a huge part of Salah's game but he offers much more than as a player. First off, he's fairly creative on the ball. He's not afraid to think outside of the box and it's this which makes him a bit of a wildcard. After all, the ten assists he has this season aren't down to his pace.

He can spot a pass and he can execute it. His final ball can be a little erratic but more often than not it's because he’s trying to make something happen. There's no issue with that as a creative player.

Like all good players he's aware of his surroundings and two of his last three assists have come when he's headed the ball back across goal. He only averages 0.3 headers per 90 minutes but seems to have a knack of winning the key ones.

Another appealing trait of Salah's is that of him being a goalscorer. Despite being a wide forward by nature he has goalscoring instincts you would usually associate with a natural number nine. He follows shots into the penalty area and he's on hand to tap it home.

When compared to the Liverpool wide players he holds his own. He's level with Mané in terms of goals per game (0.52) and leads the way for assists per 90 minutes (0.4). What really stands out is his goal involvement; he's currently involved in a goal or an assist every 98 minutes. 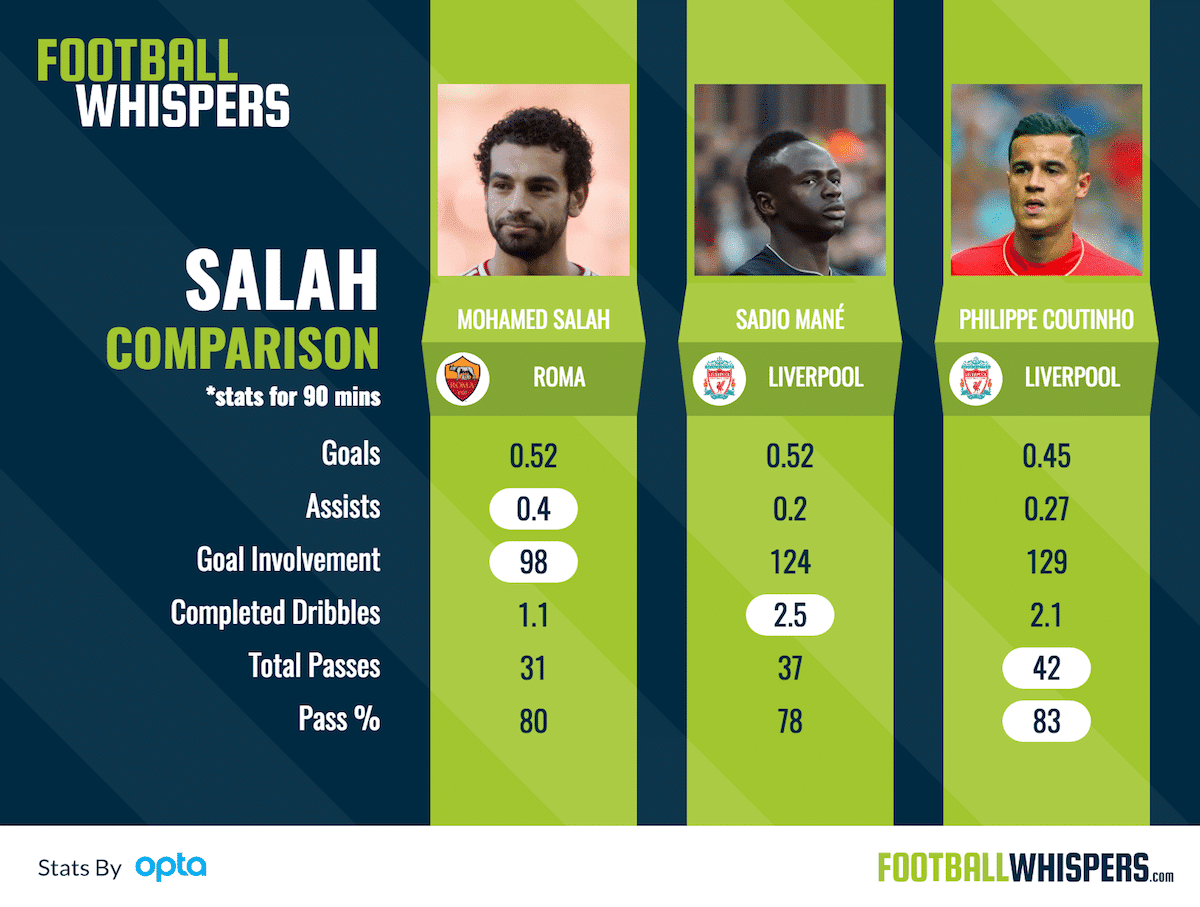 A replacement for Coutinho?

With Barcelona transfer rumours suggesting the club will make a move for Coutinho in the summer, could Salah be the Brazilian's replacement in a new look Liverpool attack as opposed to an alternative to Mané.

Klopp's team would look like a completely different proposition with Salah on the left of the attack and Mané on the right with Firmino leading the line. There would be a balance to that trio fans at Anfield haven't seen for a while. A blend of intelligent movement, explosive pace and goals all over the place.

In the current market, the reported £35million Liverpool are to part with for the attacker seems like a potential bargain.