On what has been a manic transfer deadline day, beIN Sports in Qatar are reporting Chelsea could be smiling come close of play at 11pm. The TV outlet claim the Blues have had a £45million bid accepted for Riyad Mahrez.

It's a development many have been waiting for since this morning. The winger was allowed to leave his international training camp with Algeria to secure himself a move away from Leicester City. But he hasn't been since of heard from since.

At first Barcelona were the apparent favourites, but the Spanish press weren’t buying it. Arsenal were then quickly ruled out which left Tottenham Hotspur and Chelsea as the two clubs left standing in the fight.

But with Tottenham having agreed to sign for Fernando Llorente and already possessing several players capable of playing out wide, Chelsea were free to pursue Mahrez and agree a deal – although Sky Sports have subsequently reported that Leicester haven't accepted any offer.

But what could Mahrez bring to Conte's side and is he a better option to play off Alvaro Morata and alongside Eden Hazard than Pedro or Willian. We've taken a look at the stats. 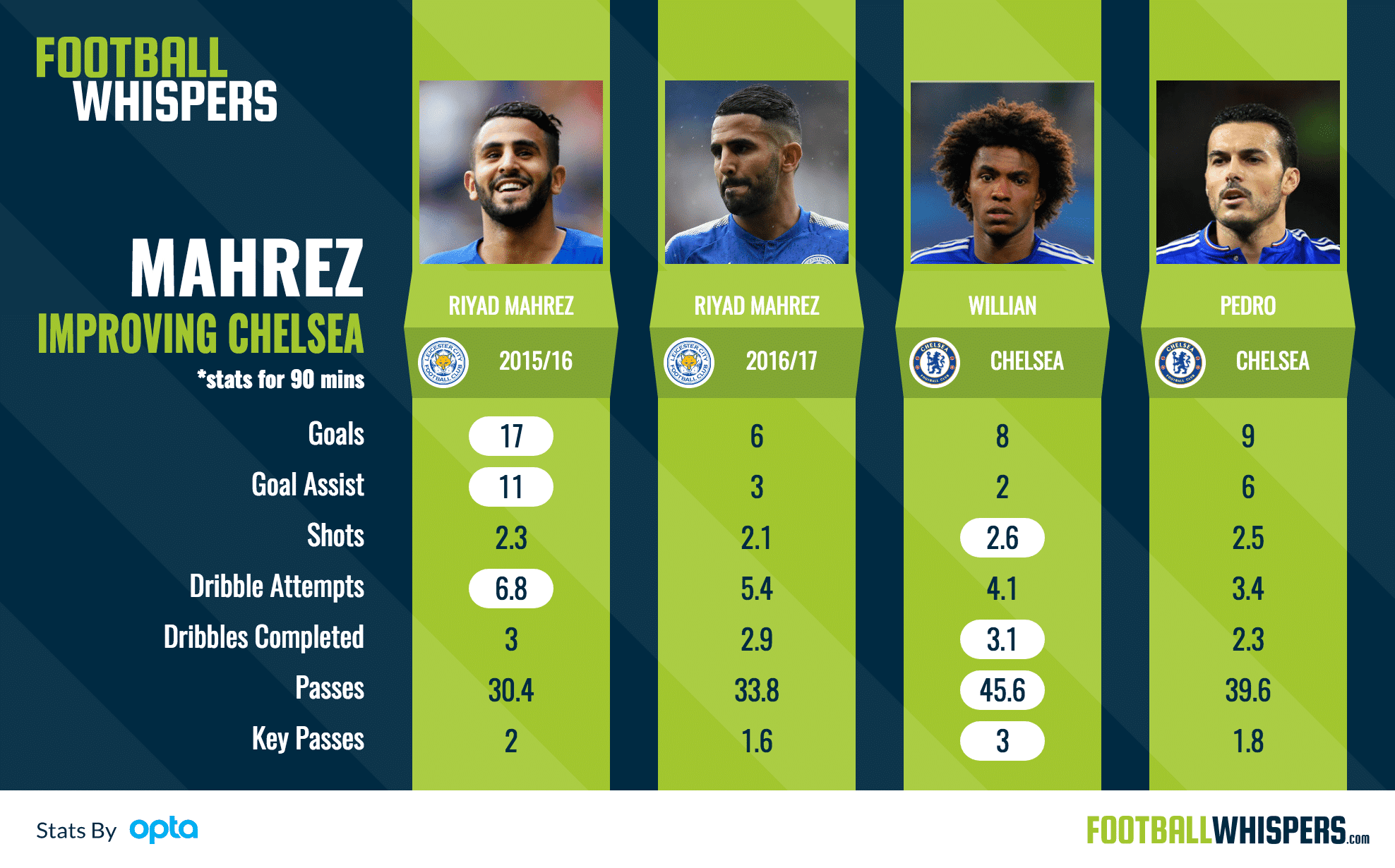 The 2016/7 campaign wasn’t a vintage one from Mahrez, but no one in the Leicester City squad came away with flying colours.

But you only have to look at what he did to Premier League defences during Leicester's title-winning season to remember has qualities.

Statistically, even during a bad season he measures up to both the Brazilian and the Spaniard.

His production in terms of shots, both on and off target, passes and key passes wasn’t much different in the Premier League last season despite the poor results. A drop of 1.4 dribble attempts per 90 minutes shows a slight detrition, yet, still more than the Chelsea duo managed.

Under Antonio Conte, Mahrez would be able to play with more defensive protection on either flank, and he would be reunited with N’Golo Kante.

He would also see more of the ball and you could expect his passing numbers to match Willian’s.

With more opportunities to take on defenders and better and more talented players around him, not only might the 2015/16 Mahrez reappear, but he could be even better.

And the thought of both he and Eden Hazard running at full-backs will give several defenders sleepless nights.