Manchester City were the standout force in English football last season, with Pep Guardiola learning a lot about the Premier League from his first campaign and taking it to a whole new level.

They were equally impressive away from the league, and arguably would have gone all the way in the Champions League had they not lost to Liverpool.

If anyone was going to go for every honour available, it was Guardiola's side. They were scintillating.

So they don't need to improve too much, right? Try telling that to the former Barcelona man.

The aim next season will be to retain the Premier League title at the least, but go on and secure European football's biggest prize.

City are capable of it, there's no doubting that – but they'll need to touch up on a few areas. They don't need several signings, but perhaps two or three to bolster different areas of the pitch.

Football Whispers takes a look at two areas of Guardiola's well-oiled machine in particular which may need extra fine tuning. 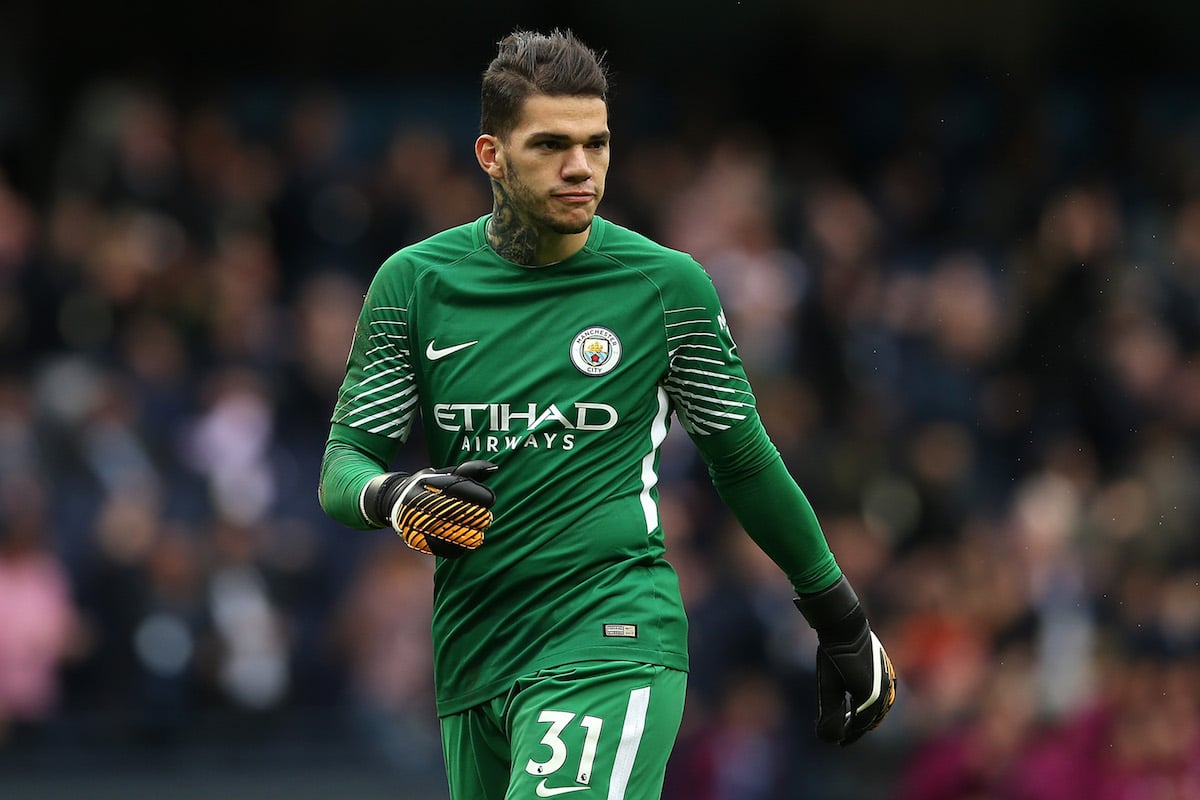 City signed Ederson last summer and the Brazilian proved to be an excellent addition.

He was the goalkeeper Guardiola had been hoping for, impressive with his footwork and ball distribution. However, he's not the issue. It's his back-up, and in case he were to get injured, City need a big, commanding figure.

Claudio Bravo may have been a regular previously at Barcelona over two seasons, but he hasn't been a success in England despite his vast experience in La Liga.

Bravo’s command of his area is brought into question, looking uncomfortable when dealing with high balls into the box. In his first season (2016/17) he claimed just 14 high balls in 22 appearances, with a return of 0.63 per 90 minutes.

In his last campaign for Benfica, Ederson played 27 times and claimed 25 high balls.. Averaging nearly 0.94 per 90.

And that's not always a problem, but it can present a chance to the opposition – and at the highest level in City's case, they can't afford to be on the receiving end.

Ederson is clearly a lot more dominant and City should look at someone to challenge him a little bit more perhaps. Bravo just doesn't give the same amount of confidence to those in front of him.

City are blessed with a plethora of midfielders, I hear you say? Yes, attacking ones, but not defensive ones.

Fernandinho is now 33-years-old, so Guardiola might be contemplating the idea of managing the amount of games he plays next season.

The club also need to look to the future and bring in a midfield enforcer who is going to sit in front of the back four and break up play.

Fernandinho may not be the biggest but he's been a success in the Premier League and was an integral part of City's romp to the title.

He also made 61.73 accurate passes per 90, putting him in the top ten in this category for players in his position.

Jorginho has been identified as a transfer target from Napoli, but City seem to have been put off by the Italian club's asking price, having made an initial offer £40 million.

The 26-year-old has recently been called up to the Italian national side and is a passmaster, often connecting defence into midfield. He's very similar to Fernandinho in that sense but younger, and could easily slot alongside him in the middle of the park.

Another man Guardiola may have his eye on his Bayern Munich's David Alaba, who can play in a holding midfield role.

City know they haven't invested in the engine room for quite a while, but now is the time to do so.