The team of the moment in world football is arguably Sevilla. Where stars are born and later sold for huge profit and who are currently led by the energetic Jorge Sampaoli.

They were thrust into the thoughts of many neutrals when they ended Real Madrid’s 40-match unbeaten run after pushing them close just three days earlier in the Copa del Rey second leg. This wasn’t a one-off performance but an indication of their progression this season from also-rans to genuine title contenders.

So how is it that Sevilla have made the step up? What has changed?

The main change over the summer was in the dugout as Unai Emery decided three consecutive Europa League titles was about as good as it could get and left to take over at Paris Saint-Germain.

Sampaoli, who had won the Copa America with Chile the previous summer, was the man chosen to steer the ship in a new direction. But perhaps the most important aspect of last summer was retaining the services their director of football Ramon Rodriguez, or ‘Monchi’ as he’s more commonly known.

Whilst managers have come and gone in the last 17 years Monchi has been an ever present at Sevilla and his influence during that time is the key reason they’re battling for major honours. Tasked with working on a next to non-existent budget back in 2000, the club’s coffers empty, he has consistently managed to find hidden gems. He has a gift, a don for spotting talent – and it’s why he and his players are often the envy of Europe. 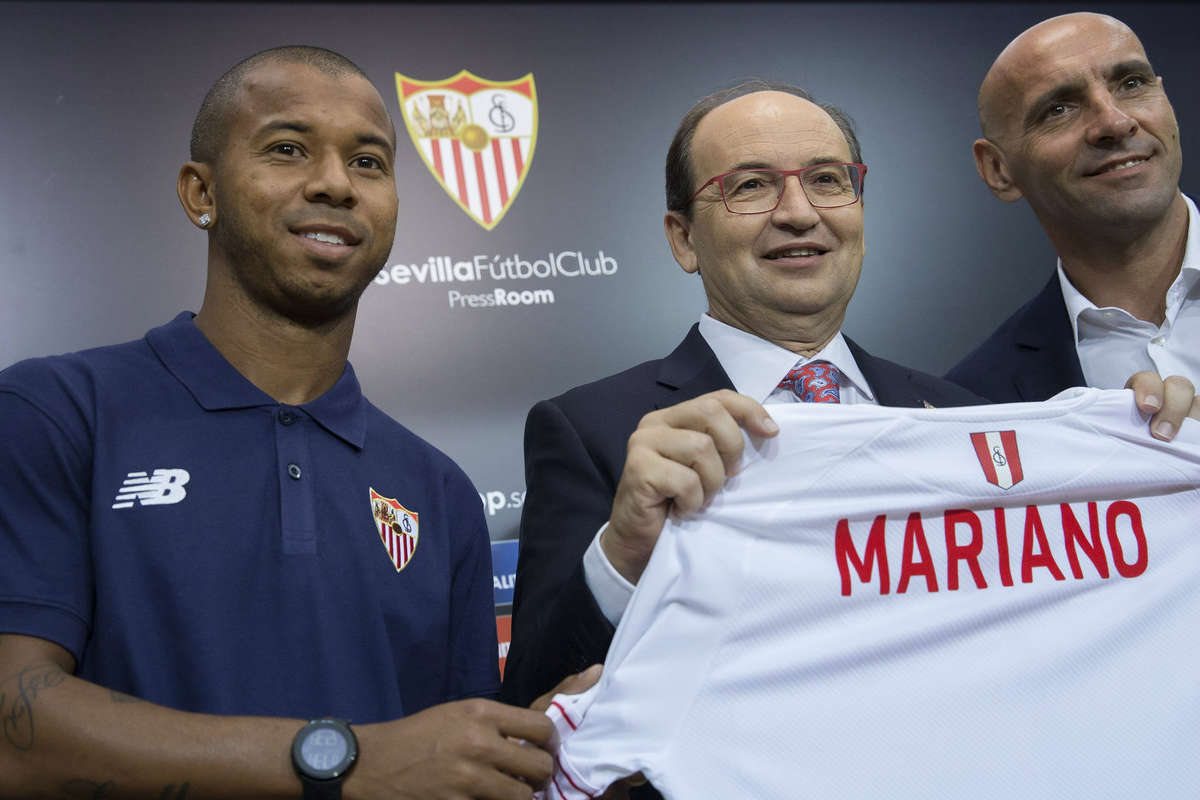 At certain clubs an agent or chairman is heavily involved in the transfer side of things but at Sevilla there’s no doubt as to who is in charge of player recruitment. Monchi is a lot more than simply a director of football and, while luck always plays a key factor in the success of a new player, when you pick so many winners there’s clearly a formula which works for Sevilla.

In a Guardian interview Monchi explained that it’s anything but just him involved in the talent-spotting process.

“Sixteen people cover a series of leagues. For the first five months we watch a lot of football but with no particular aim: we’re just accumulating data,” he said.

He later said they compile ideal XIs for each league and focus their attention on players of interest, building up broader and more complete profiles of these targets. It’s extensive, thorough and extremely meticulous but it works.

Preparing for the future

Sevilla know that success is a double-edged sword and with it they attract interest from bigger, richer sides to cherry-pick the talent from their squad. Over €450m has been raised from player sales in the time Monchi has been in control over transfer dealings – but how do they react to losing star players each season? Once again, it comes down to the vast details amassed by the scouting network under Monchi.

The extensive reports on players allows the club to build databases on potential signings in each position. So, if a current squad member leaves then there’s an adequate replacement already being lined up to fill the gap recently vacated. It’s a conveyor belt of talent which seems to be infinite and, where so many sides get it wrong, Sevilla have made a habit of getting it right.

You’d assume in today’s market that other major clubs will have similar structures in place but even then, it doesn’t seem to produce the same amount of success Sevilla’s does. The likes of FC Porto and Lyon were the leaders in the transfer market when Monchi took on the role but he’s even surpassed them. So what’s the secret behind his success?

“You need to have a good network and scouts but the key is knowing what your coach wants,” he said. “Always. If the director of football doesn’t know what profile of player the coach wants, for however good the player might be, it won’t work out.” 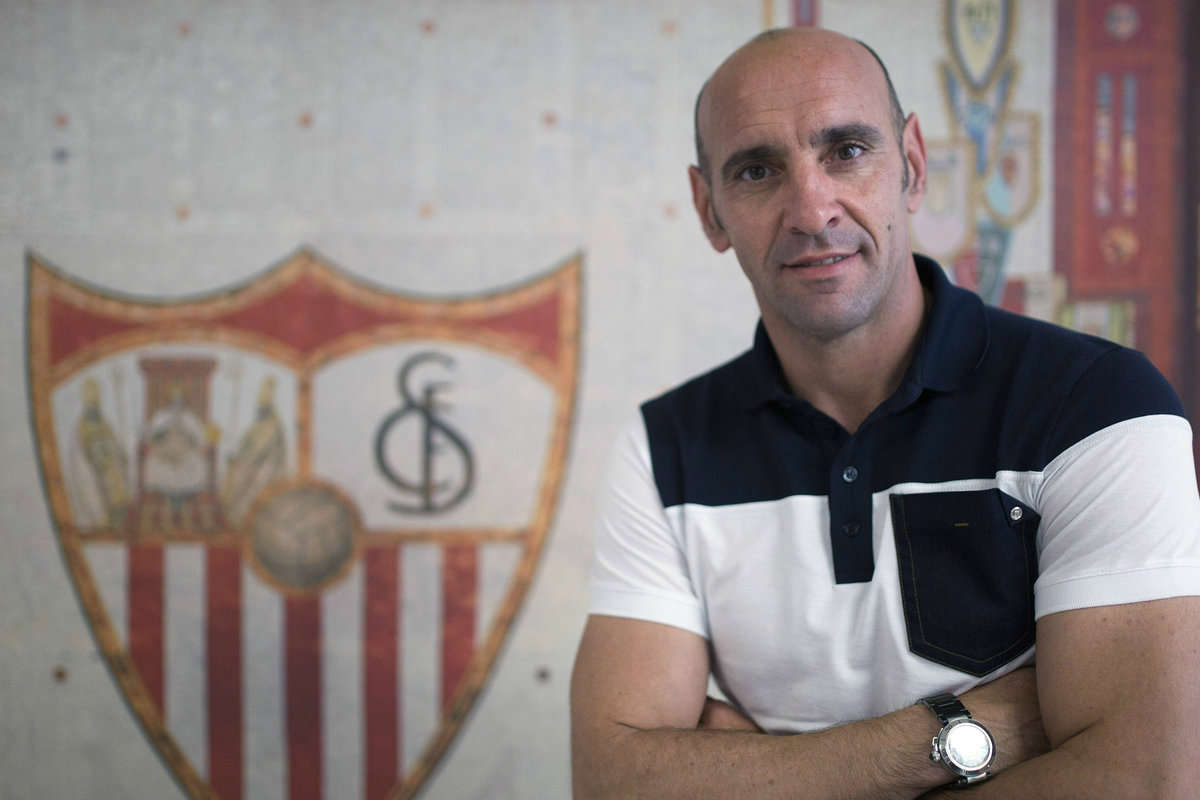 Steven N’Zonzi is an example of a player that prior to joining Sevilla didn’t have much of a reputation, but who is now wanted by some of the biggest clubs in the world.

“N’Zonzi cons people due to how he looks,” added Monchi. “He was the only player at Stoke City who really knew how to play football. We signed him because of that and now he’s improved every other facet of his game.”

Yet another diamond in the rough for Monchi and co.

And it hasn’t always been perfect either. Monchi freely admits he got it wrong with Marcelino, putting the blame squarely at his own door, saying he failed the former coach by not bringing in the right players.

“Being a director of football is very difficult because you’re putting players in a completely different environment to the one they came from, it isn’t easy,” he admitted.

The switch from Emery to Sampaoli was a major one but Monchi saw it as a necessary change in direction, to not just accept being a good side but wanting to catapult themselves amongst the very best in the world. Sampaoli's fantastic CV made him an obvious target for Monchi, even if he knew the adjustment in style could take some time to bear fruit. Instead they hit the ground running.

Perhaps one characteristic which separates Monchi from most directors of football is the personal side, something he admits is very important.

“When we beat Real Madrid my concern was that Stevan Jovetic could see his mother at the end of the game,” he said.

He made sure he found her and brought her to the dressing room. Small details but important ones.

Another example of this was when he signed Samir Nasri. He spoke to Martin Demichelis about the player, a teammate of Nasri at the time, not to ask what he was like but what he needed to be happy. It’s that human side that makes Monchi almost like a father figure to the players he brings in and creates a special bond at the club.

Monchi freely admits the markets he shops in are Brazil, Argentina and most recently France. When quizzed about this being a mistake to reveal where he was looking he dismissed it by saying he’d already assembled a strong group of French players, or French speakers at least, and it gave Sevilla an advantage over their competition.

Always one step ahead of the rest.

Most of the quotes are taken from Monchi’s interview with BeIN Sports.