In an era when nobody bats an eyelid at top-flight clubs importing talent from all over the world it’s hard to imagine the fuss that surrounded Newcastle United’s signing of a Brazilian international 30 years ago; but that’s just what happened when Mirandinha joined the Magpies back in 1987, sending the Toon into a frenzy.

Let’s face it; football in the mid-1980s was a very different beast from that of today. English clubs were banned from competing in European competitions, attendances were at an all-time low and those who did turn out to watch their heroes often had to do so in crumbling and decrepit arenas while hatred, violence and racism were never far away.

Another stark difference was the sheer lack of overseas players playing in the First Division.

Yes, players like Arnold Muhren, Jesper Olsen, Johnny Metgod and Jan Molby provided us with a little continental flair, not to mention the opportunity to try and pronounce names that were, well, basically all foreign to us; but these international imports were few and far between among the top clubs in the country.

The late 1970s had seen something of a bucking of this trend when Tottenham Hotspur tempted Ossie Ardiles and Ricardo Villa to these shores on the back of their highly successful World Cup campaign of 1978, but this was more of a novelty than the norm and after the honeymoon period was over, such players often disappeared back from whence they came, and who could blame them?

So imagine the surprise when in the summer of 1987 Newcastle United announced the signing of Francisco Ernani Lima da Silva, better known as Mirandinha.

Mira, as he was predictably christened on Tyneside, was the first Brazilian to play for an English top division club and his arrival brought with it the type of hysteria rarely seen in the English game.

He had played for a string of clubs across his homeland making something of a name for himself for being a journeyman; but in the pre-internet days fans were none the wiser as to the ability or track record of an overseas player they were linked with, so just the mention of Newcastle courting a Brazilian international was enough to have the Toon fans in a daze.

Born in the Fortaleza neighbourhood of Aerolândia, one of the poorest regions in the North East of Brazil, Mirandinha was one of eight brothers and sisters living in a small house with basic facilities to say the least. The only work his dad could find was collecting salt from evaporated sea water just to make ends meet.

ICYMI: a few weeks ago I was lucky enough to interview Mirandinha, #NUFC star and first Brazilian to play in England https://t.co/VguoerBNLG

Desperate to elevate his family from such abject poverty the young Mira saw football as his only salvation. “I got it in my head that I was going to play football to help them,” he later told The Set Pieces. “I had to score goals and since I was a boy I went out to knock everyone out of my way and go straight towards the goal.”

His big break had come when he was called up to the Under-21 team of local club Ferroviário before moving to Ponte Preta in São Paulo state, scoring on his senior debut against the Tunisian national team who were playing a warm-up game for the 1978 World Cup in Argentina.

In the years that followed he would go on to bigger clubs such as Botafogo, Náutico of Recife and São Paulo giants Palmeiras before a chance opportunity which would ultimately shape his career and change his life forever.

In an incredible twist of fate, when an old acquaintance of his went to study in England he became friends with a man named Bev Walker, who was not only Grand Prix driver Nigel Mansell’s agent, but also a close friend of Newcastle United legend and scout Malcolm MacDonald.

When this friend started waxing lyrical about his old pal back in Brazil and showing match reports and the odd video clip McDonald showed a keen interest, knowing full well that his old club was in desperate need of a player who offered such skill and ability. 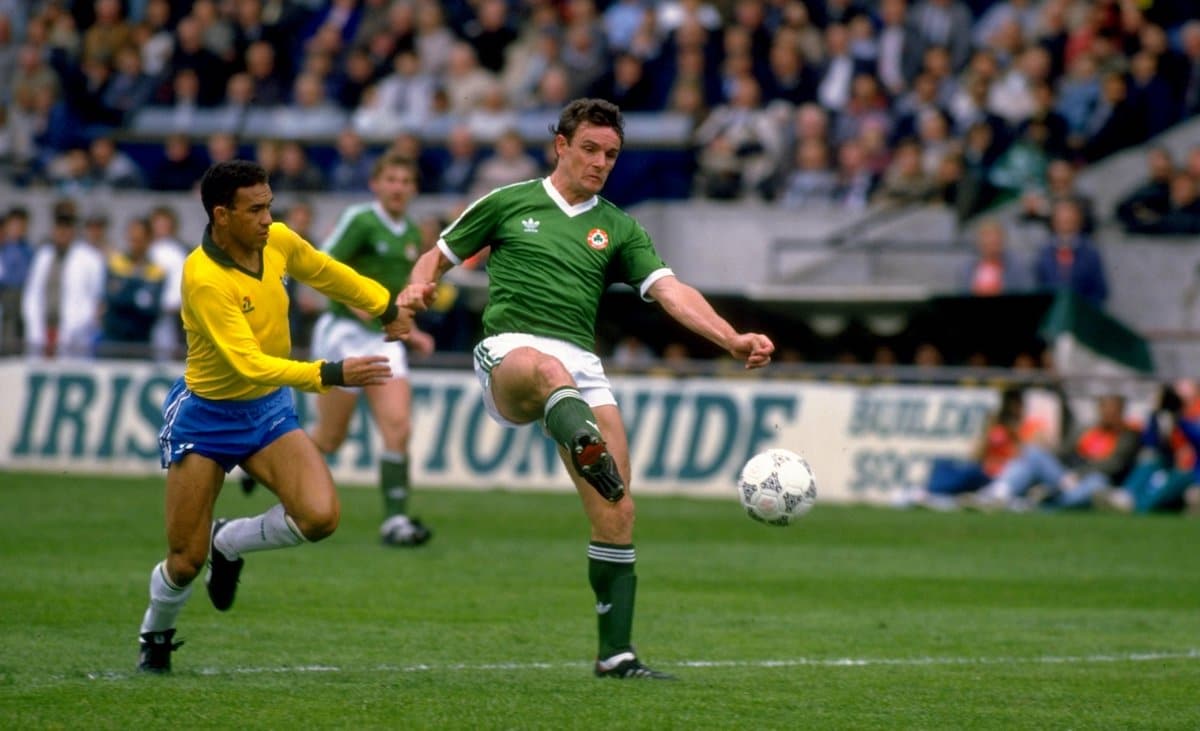 Read More: Time for Aleksandar Mitrovic to step up for Newcastle United

Things got better when, in 1987, Mira was selected for his first full Brazil squad, for the Stanley Rous Cup in England, a kind of summertime, international, round-robin tournament between World Cups and European Championships. He scored a goal in the draw against England and was man of the match as well as putting in a superb performance against Scotland in a 2-0 win.

On the back of a few press cuttings, some grainy VHS footage and the high praise of his good friend – not to mention some decent displays in an international friendly tournament at Wembley – Newcastle splashed out a record £575,000 for the Brazilian’s signature, unimaginable today in an era of super agents and third party ownership.

With Peter Beardsley recently leaving Tyneside for Anfield, the Magpies were now devoid of any kind of attacking flair or creativity and Mirandinha was seen as a natural replacement. He was fast, direct and had an eye for goal, all the things fans had come to expect from Brazilian strikers at a time when YouTube wasn’t there to prove otherwise.

Two strikes for Newcastle at Old Trafford early in his Toon career quickly won over the fans, however, many of whom started to sport sombreros in his honour. They even had a song for their new hero: “We’ve got Mirandinha, he’s not from Argentina, he’s from Brazil, he’s ******* brill,” they would sing.

Mirandinha’s first season was a relative success, he scored 13 goals that campaign, making him the team’s joint top-scorer and at the end of the season he was even selected as part of the English Football League XI to play against a Rest of the World side at Wembley to mark the 100th anniversary of the Football League. 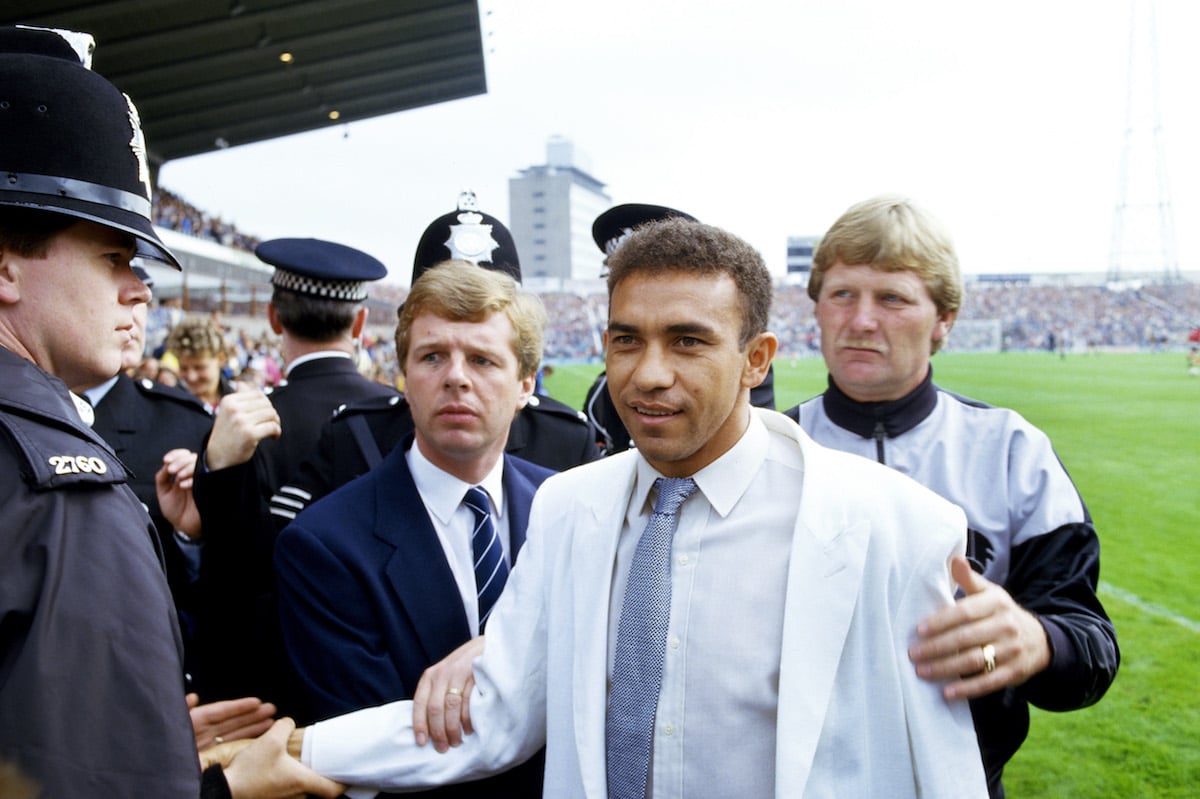 But early optimism was quickly snuffed out thanks to just one win in the club’s first seven games as the side struggled to cope with the loss of Beardsley and Waddle.

His acclimatisation to life in England, and particularly the North East, was something of a slow process, though, as adapting to the cold and the language were both barriers he struggled to overcome. But learning English and getting used to bitterly cold winters were nothing compared to understanding the British attitude to food at the time.

Brought up on a diet of rice and beans, the generous helpings of chips, potatoes, sprouts and carrots that were put in front of him was something of a shock for Mira, though over time he started to convert some of his colleagues to pre-match meals, Brazilian style.

Mira even struck up an unlikely friendship with Paul Gascoigne, who would accompany him on away trips, nights out and even shared his love for Brazilian cuisine; often eating so much he would have to be sick.

Mirandinha’s second season was nowhere near as successful. Gazza, who he had formed an impressive partnership with both on and off the pitch, had left for Tottenham that summer, while manager Willie McFaul, was sacked in October. The honeymoon was well and truly over.

The arrival of the more workmanlike Jim Smith and a very real battle with relegation meant that there was little room for the silky skills and virtuoso performances of the tricky Brazilian. Mira’s single-mindedness and basic reluctance to pass the ball were ill-suited to a team who now found themselves in a real scrap for survival where teamwork was essential.

Newcastle would eventually be relegated, finishing bottom of the league and nine points from safety. At this point Mirandinha agreed to be loaned back to Palmeiras, yet always held out hope of one day returning to the club and city that he so quickly took to heart; but a move back never materialised.

Newcastle fans who had hoped that they might have another Pele on their hands would be somewhat disappointed, thought the striker’s record of 20 goals in 50 appearances during his time at the club was respectable enough during a difficult time for the club and ensured he remains a club legend.

Mirandinha continued his career back in Brazil and finally hung up his playing boots in 1995, before managerial spells took him to Japan, Malaysia, Saudi Arabia, the Brazilian Amazon and Sudan; yet he struggled to experience the highs that he enjoyed during the two years he spent in the North East of England.

Becoming the first Brazilian to play in the English top division is something of which he is extremely proud and an achievement he still talks about fondly.  “Newcastle was the best experience of my life,” he boasts. “They have the most faithful fans I’ve ever seen. For Geordies, Newcastle United is a religion.”

“Even now I come across crazy fans wanting to take a picture with me. I couldn’t get away from them even when I was coaching in Malaysia. It was as much of a culture shock as a sporting one. I won’t even go into how cold it was, or how odd I found the food though.”

Has Newcastle United's season been good enough so far?