Nicolás Otamendi and John Stones are barely recognisable from the two defenders who used to hang around the Manchester City back line while everyone waited for Vincent Kompany to return.

Their performance against Napoli on Tuesday night reinforced the idea that Pep Guardiola’s defence have turned a corner, and there were a few characteristics on show which aren’t normally associated with Stones and Otamendi, and are more often attributed to their injured club captain.

This isn’t to say that the City defence have always been poor under the Spaniard, but last season there were teething problems which needed ironing out if they were to morph into a side which regularly won things.

They had kept six consecutive clean sheets in the Premier League and the Champions League prior to Saturday's 7-2 win against Stoke, and though the attacking display was exceptional, Stones was still disappointed with the goals conceded.

“Obviously scoring seven is massive but we conceded two which is frustrating from my point of view,” he said.

“We will go away and work on that because it’s been a great run of defensive play from all of us. It was a bit of an unlucky first goal which was a bit of a sickener really because we have been playing so well. As a back four and a keeper we have shown real progress.”

As their manager himself has said, the team rely on the performance of the whole unit, and there is less and less of a distinction between attackers and defenders in the way his side build attacks from the back, and defend from the front.

“I know there is a tendency to split attack and defence, but in football you cannot,” said Guardiola.

This team cohesion was manifested in their Champions League win at home to Napoli, a side who have been a similarly well-oiled unit under Maurizio Sarri.

City started the game in ruthless attacking mode, to the point that it looked like one of Europe’s finest teams may be embarrassed by the ceaseless creativity and attacking precision of Kevin De Bruyne, Gabriel Jesus, Leroy Sane, David Silva, and Raheem Sterling.

But Sarri’s side were made of stern stuff, and rose to their feet before the end of the first half so they could come out fighting in the second. This is when the individuals in Guardiola’s back line needed to make their own isolated contributions to the win.

Otamendi has always been a good reader of the game, but his problems have come when he’s read the intentions of attackers but not quite been able to make the intervention. Rather than stepping out and leaving gaps, he’s now stepping in and winning the ball.

He made five interceptions and two tackles against Napoli, but regardless of the data he looked a step ahead of what one of the best attacks on the continent had to throw at him, and the Argentine roamed around the back four, occasionally swapping positions with Stones and Fabian Delph, putting out fires before they started.

Delph also impressed, slotting into central areas during the build up, but Stones was the outstanding defender on the night, acting goalkeeper to block a shot with his torso after Ederson had committed elsewhere, and reading the game well on both sides of the ball.

His passing is second to none, and his remarkable average pass success in the league, 97 per cent, was bettered in this Champions League game when this figure came in at 98 per cent.

The images below show his defensive awareness, as he spots a forward run from Napoli left-back and former Liverpool transfer target Faouzi Ghoulam. Despite the build-up play initially facing the visitors’ goal, he anticipates the pass from Marek Hamsik and is able to beat the pacy full-back to the ball before offloading it safely to Ederson. 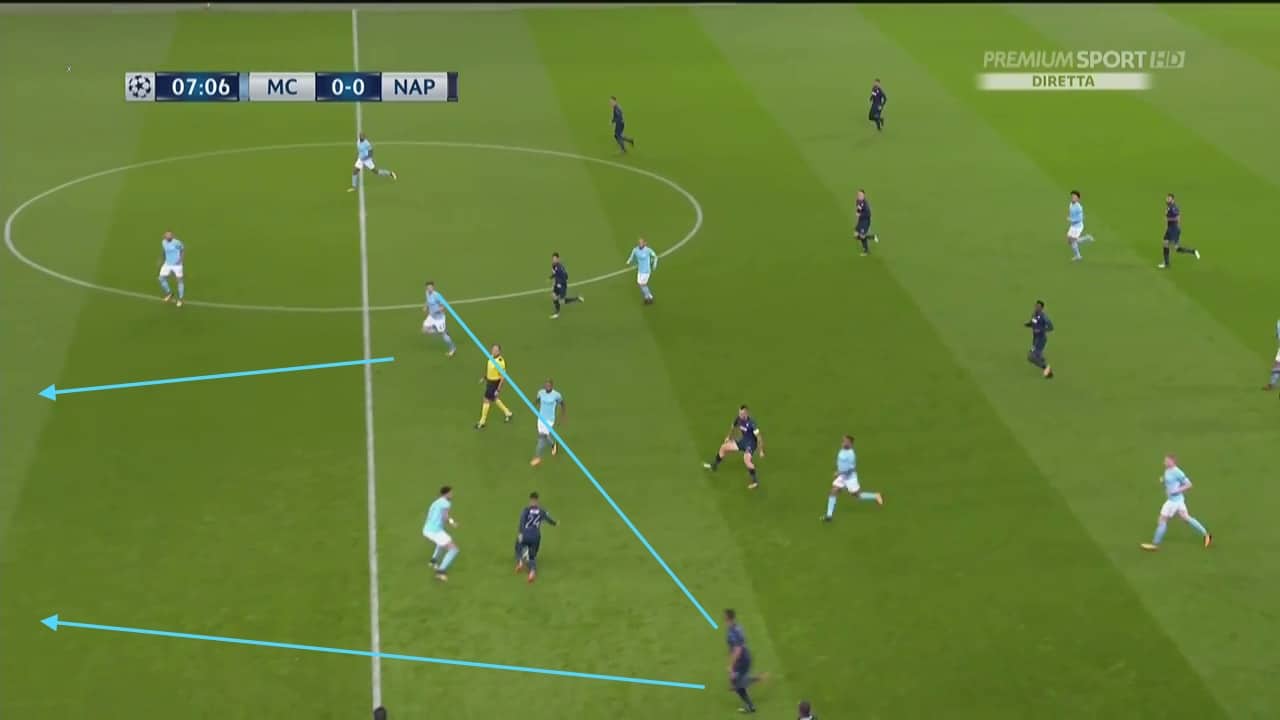 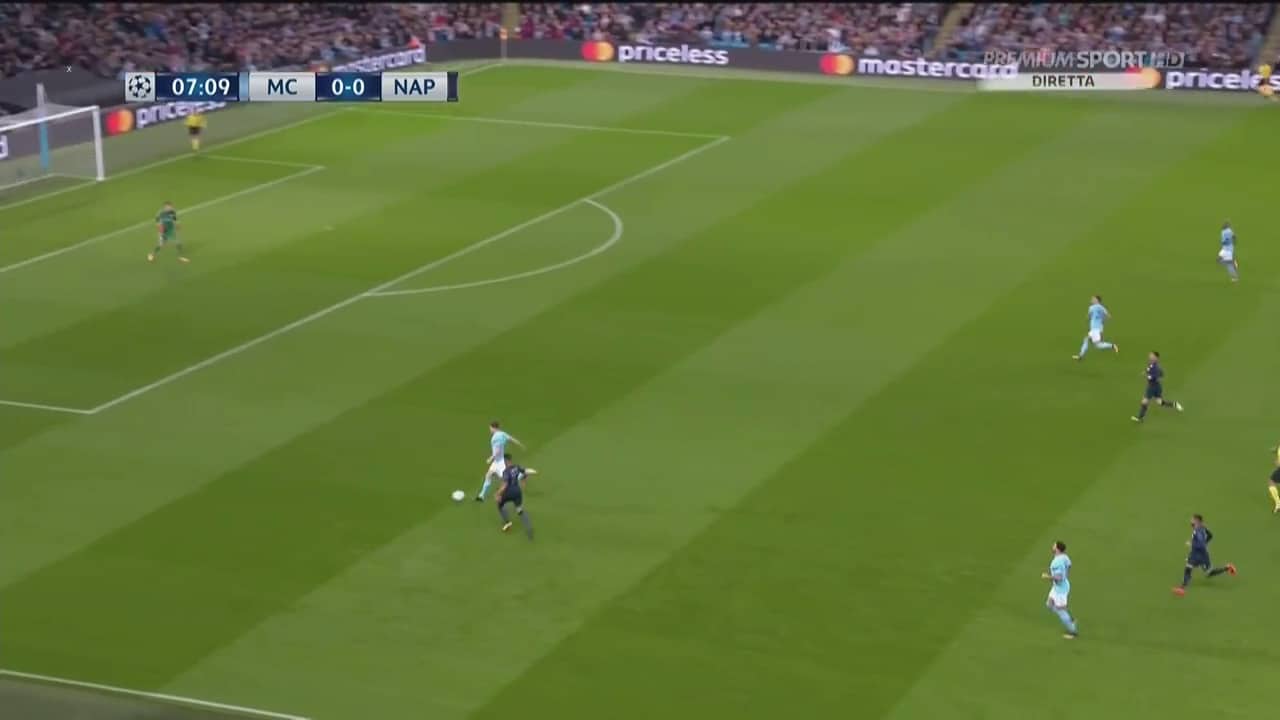 Which brings us to City’s Brazilian goalkeeper, who has been a revelation since joining from Benfica this summer for a world record fee of £34.7million. The stopper performs well inside and outside his area, and his willingness to intercept a ball with his head before José Callejón could reach it showed he hasn’t been affected by his nasty clash with Liverpool's Sadio Mané.

Perhaps his most important contribution was a penalty save in the first half which maintained his team’s two goal advantage. He was able to stop Dries Mertens’ attempt with his feet as the Belgian put the ball down the middle.

A Napoli goal eventually game when Fernandinho committed a careless foul on Ghoulam in the area and Amadou Diawara stepped in in place of Mertens to tuck it away. But the Serie A leaders didn't look like they would put another past Ederson in open play.

As Stones said, City as a back four and keeper have shown great progress, and the performances are beginning to provide evidence of this, week after week. If it continues the club could well be in line for multiple honours by the end of the season.