Liverpool and Manchester City are expected to put on quite the show in their Champions League quarter-final tie. Rightly so, in the two Premier League matches between the sides this season there were 12 goals.

The Etihad was home to five, with Pep Guardiola's men running riot against ten-man Liverpool, while fans at Anfield witnessed seven goals and this time it was Jürgen Klopp's charges who flexed their attacking muscles having blitzed the league leaders to take a 4-1 lead at one stage.

Most neutrals are expecting another high-scoring affair. But it's unlikely that it will be a no holds barred event for the third time in a season. The match on Merseyside was frenetic and chaotic. A casual observer would have been left exhausted after watching the two teams relentlessly go at it for the best part of 90 minutes.

Klopp orchestrated proceedings at Anfield much to the annoyance of his counterpart in the City dugout. Though the general consensus is that Guardiola is a maverick who encourages his teams to express themselves, the former Barcelona manager is meticulous and likes the game to be played in a manner in which he can control.

Watching what could be best described as pinball would have frustrated the Catalan coach. It's highly unlikely he'll want a repeat performance under the floodlights on Wednesday evening. Both managers would have taken something from the fixture in January and these points will shape how the pair approach the Champions League ties.

What Klopp would have learnt

This won't be news to the Liverpool boss. It is, perhaps, nothing more than a theory that needs validating: allowing City to dictate the tempo of the match is a sure-fire way to lose.

Guardiola's side have been near perfect in the Premier League this term. They've scored a variety of goals but, more often than not, they dominate possession – no team averages more of the ball per 90 minutes – and turn the screw. As the pressure mounts, cracks begin to appear and the Citizens eventually capitalise. Usually it's on their terms.

After Emre Can went off in January, Liverpool took their foot off the gas and allowed the away side to boss proceedings. They scored two late goals and probably could have bagged an equaliser had they had ten more minutes to mount an assault.

The best way to beat City is to stretch them. Yes, they had 64 per cent possession at Anfield and, yes, they played over 300 more passes than the home side. But barring the final 20 minutes, Guardiola's men never really looked in control. Liverpool continuously pressed and hunted their midfield counterparts, making it a game of transitions. They stretched the away side before exploiting the space. It's in these types of matches that the likes of Alex Oxlade-Chamberlain really thrives. 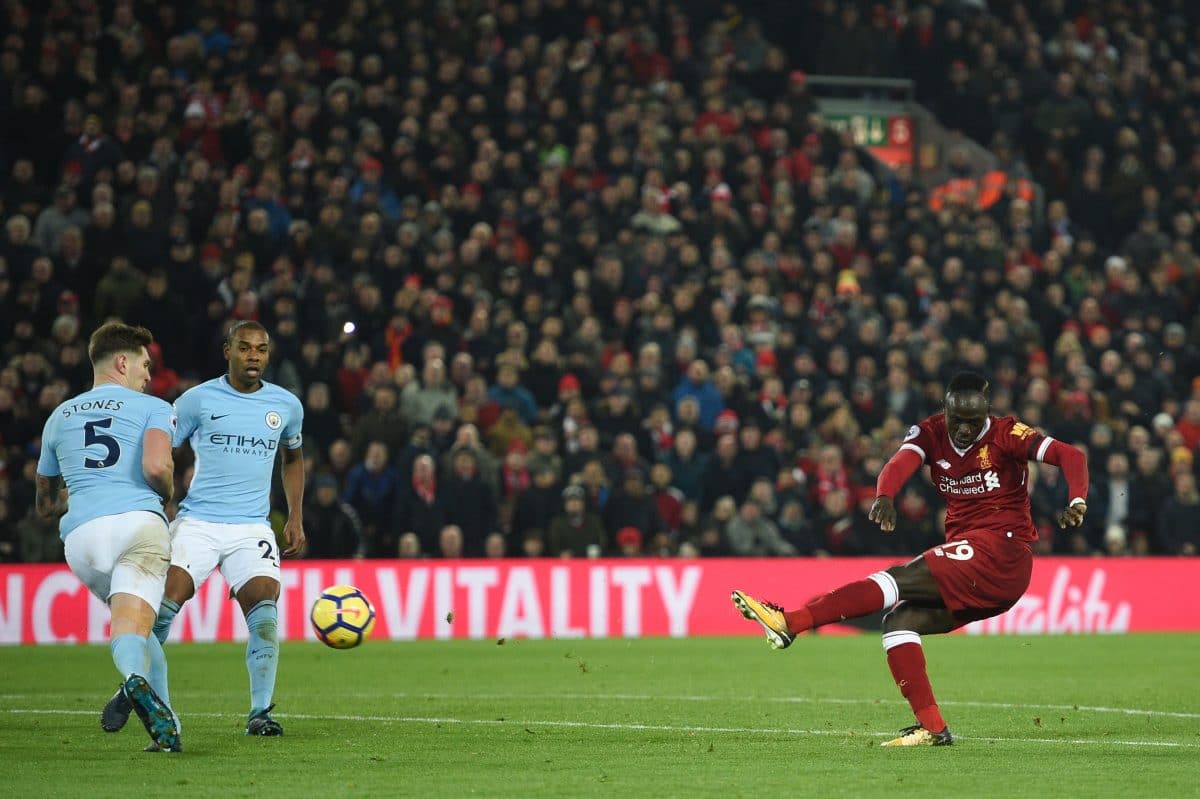 Mohamed Salah, Sadio Mané and Roberto Firmino harassed the City defence and this leads us onto the next point – Guardiola's defence isn't all that. Like most sides in the English top flight, their backline is brittle and put under enough stress it's likely to crumble.

Fortunately for the Premier League leaders, very few teams are brave enough to go at them like Liverpool did. They've only been breached 21 times in 31 games and four of those came in a single match.

They have been formidable at times. However, in January they looked anything but. John Stones was a deer in the headlights and Nicolás Otamendi, considered by some to be one of the best defenders in England this term, reverted to the Otamendi of yesteryear. Ederson, portrayed as a rival to David de Gea's goalkeeping crown, performed like a midfielder keeping goal. He was nervy.

What Guardiola would have learnt

The former Bayern Munich boss is a perfectionist. He has an ideology and his belief in it is unwavering. For the most part it's admirable but there are times that it's to his detriment. He has to show some sort of flexibility to his thinking if he's to be as successful as many believe be could be.

He can't allow his hubris to dictate what does and doesn't happen. Rocking up to Anfield and instructing his team to play the same way as they did in the 4-3 defeat would be naïve. It's self sabotage and literally the definition of insanity, according to Albert Einstein.

City crumbled in January and their manager watched on without switching things up. The change, the one often used to kill momentum, came three minutes after Salah netted the home side's fourth goal. Guardiola has to be more proactive in his approach if he's to guide his side to a Champions League semi-final. 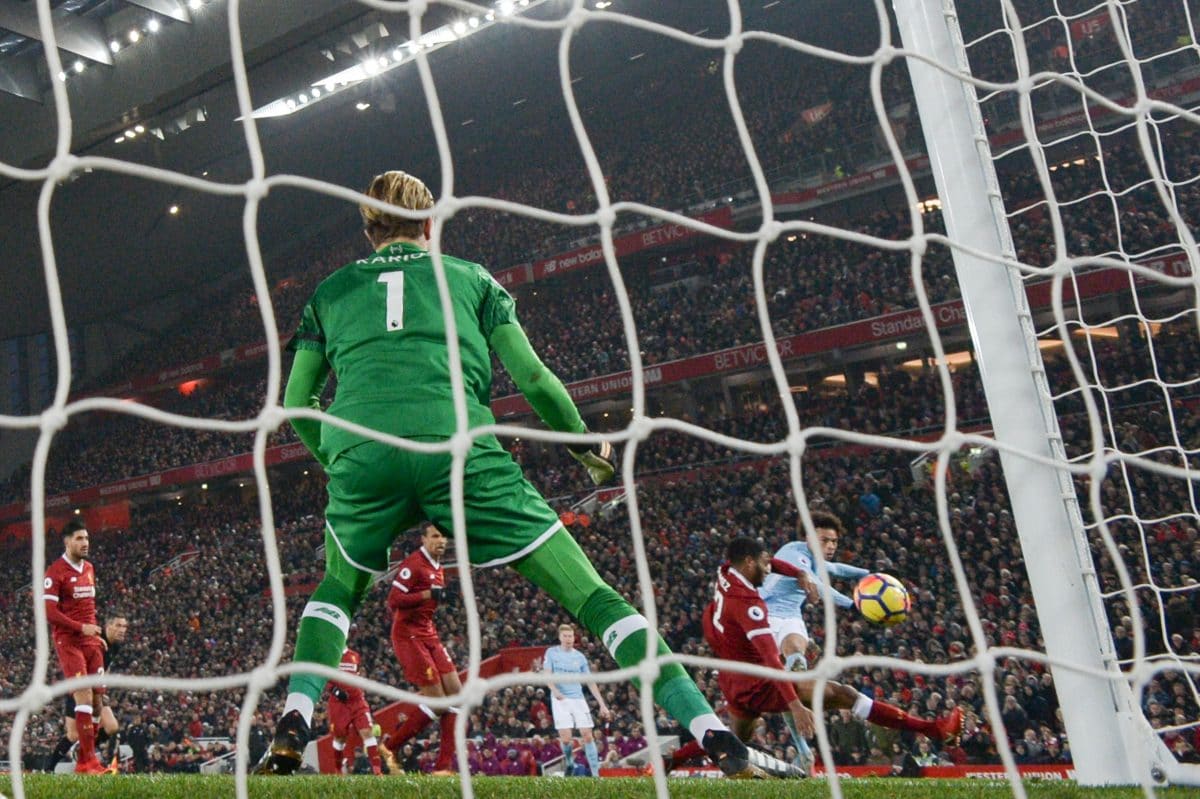 One way to do this might be to allow certain match winners more freedom to do what they do best. The wide forwards in the system, usually Leroy Sané and Raheem Sterling, are often instructed to keep the width. This works against most teams with Kevin De Bruyne and David Silva underlapping the pair and getting into that half space.

But the best approach on Wednesday would be to make it more about individuals as opposed to the system. Sterling struggles whenever he returns to Anfield but Sané, a one-time Liverpool transfer target, enjoys himself when he visits Merseyside. He terrorised the Reds in January and his direct approach could trouble the right-hand side of Liverpool's defence.

Trent Alexander-Arnold has been identified as a weak link over recent weeks with Marcus Rashford and Wilfried Zaha having joy against him. Dejan Lovren will play as the right sided centre-back with Joël Matip ruled out and he's always got a reckless moment or two in him. If Sané is unshackled then he could cause Liverpool a lot of problems and it's going to be an area Guardiola has looked at.

It'll be intriguing to see whether lessons learnt from previous matches will have an impact on proceedings. The quickest learner may be the one playing in a Champions League semi-final.