Aston Villa secured their return to the Premier League on Monday after overcoming Derby County 2-1 in the Championship play-off final.

It’s time to celebrate for the claret and blue faithful, who have endured some tough times over the past decade. But for the now revered manager Dean Smith, his thoughts will undoubtedly have already turned to the next challenge: avoiding relegation.

Four of the last five winners of the play-offs have failed to avoid the drop at the first time of asking, with the one exception being Huddersfield Town, who finished bottom the following campaign.

To ensure Villa don’t suffer the same fate as their predecessors, Smith has a number of challenges he must overcome in 2019/20…

The performances of Jack Grealish were paramount in Villa earning promotion. Ensuring his skipper remains next season is a must for Smith, even with the midfielder reportedly a target for several top-six sides.

Grealish was not the only man who guided the Villans to Wembley, and a return to the Premier League should ensure the likes of Conor Hourihane and John McGinn remain at Villa Park next year. 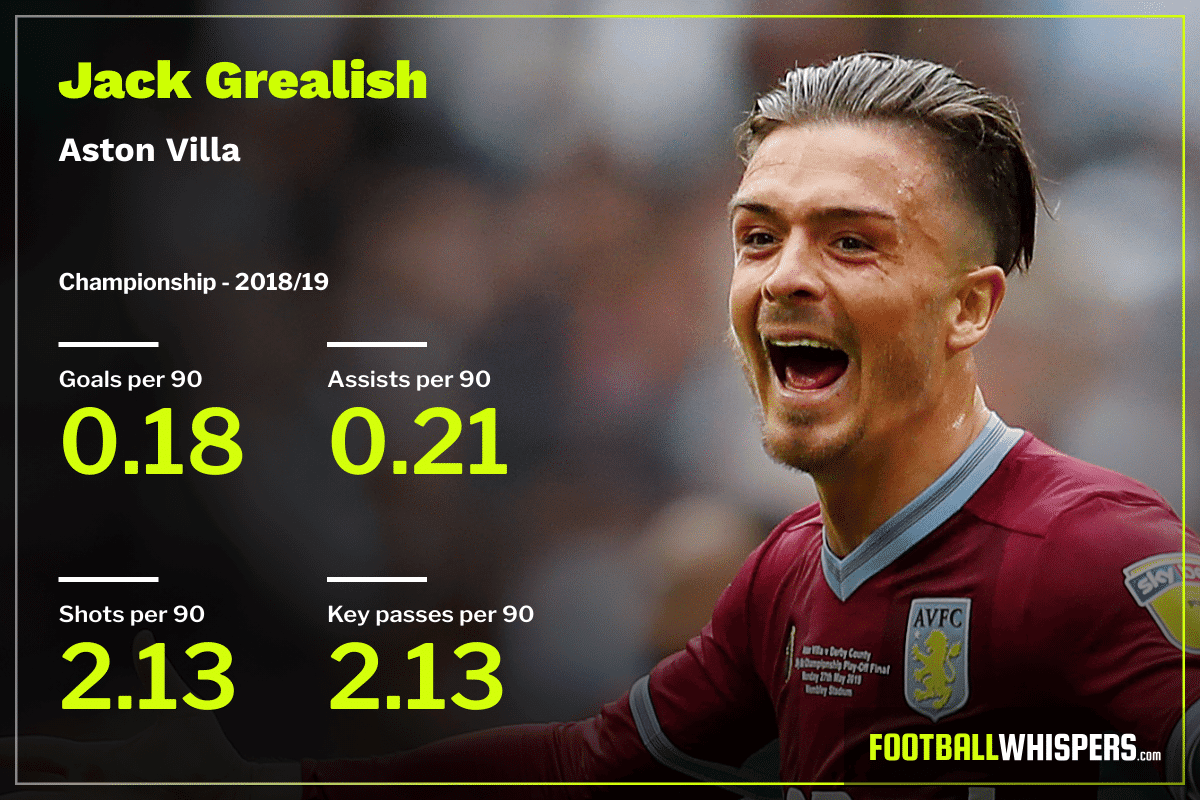 However, the same cannot be said of the club’s loan signings, who played a pivotal role in Villa’s resurgence in recent months. Loanees Tyrone Mings, Axel Tuanzebe, Kortney Hause, Anwar El Ghazi and Tammy Abraham all played on Monday, but at present none of the five have agreed permanent moves back to Villa next season.

Smith has a good relationship with the five loanees and has got the most out of them throughout the campaign. Securing their services again, either on permanent or short-term deals, could prove to be the difference for Villa in the Premier League.

Smith and his backroom staff will have drawn up a list of potential targets long before knowing the outcome of Monday’s game, and victory over Derby means he can now target some high-quality signings.

In fact, the likes of Gary Cahill, James Milner and Joe Lolley have already been linked with moves to the former European champions.

Like any squad coming from the Championship, the Villans’ team will undoubtedly need improvements in certain areas, yet convincing new recruits to turn down more established Premier League sides over Villa will prove a real test for Smith.

Integrate new signings into the squad

Last year’s play-off winners, Fulham, showed exactly what not to do when returning to the Premier League.

While the Cottagers spent over £100m on transfers last summer, they assembled a squad which splintered into factions, divided between the previous year’s promotion-winning team and the new recruits.

Slavisa Jokanovic’s inability to integrate his new signings into the squad ultimately cost him his job, and Fulham their place in England’s top flight.

Since taking over as Villa boss, Smith has encouraged his side to play free-flowing, attacking football.

While this strategy may work against the Premier League’s perceived weaker sides, it is unlikely to be rewarding when the Villans meet the likes of Manchester City and Liverpool next year.

When the former Walsall and Brentford boss goes toe-to-toe with the likes of Pep Guardiola and Jürgen Klopp, he will need to implement a new tactical strategy to ensure his side are not simply swatted aside by the top flight's heavyweights.

Even the league’s mid-table clubs could be expected to dispose of an overly offensive Villa side with relative ease, so knowing how best to approach each game is something Smith must master quickly.

In the club’s relegation season, Villa Park became a toxic arena, one where even the slightest mistake was jeered by an extremely irritated set of fans.

While scenes at the famous, old ground were never quite as bad this year, on occasion there has been more than an air of frustration around the club.

Yet, Smith has managed to dispel any bad feelings at Villa Park this year and of course, helped guide the Midlanders on that record-breaking ten-game winning run.

Villa will almost certainly face a few sticky patches next season, but emerging relatively unscathed from them and maintaining positivity will be key for Smith’s men.