Much of this season’s Premier League storyline has been managerial. Antonio Conte has rejuvenated Chelsea, guiding them to the top of the table, while Pep Guardiola, Jurgen Klopp and Jose Mourinho have had absorbing, albeit flawed, campaigns with Manchester City, Liverpool and Manchester United. Mauricio Pochettino’s Tottenham Hotspur have continued to develop, while Leicester City boss Claudio Ranieri is a king no more.

Venturing outside of English football’s top tier, however, and you will find one manager has generated enthusiasm and interest like no other. David Wagner’s Huddersfield Town side have taken the Championship by storm and, as was confirmed with two sensational wins over fellow promotion candidates — 3-1 against Brighton & Hove Albion; 2-1 against Leeds United — inside one stunning week, they have become the darlings of their league.

Wagner was appointed head coach of Huddersfield on November 5, 2015, to little fanfare. He wasn’t a household name in Germany, his home country, let alone England, and few Championship pundits could honestly claim to have known much about his credentials, management style or ideas upon his arrival. However, this only lent a certain intrigue to his appointment.

Born in Germany to an American father and a German mother, Wagner enjoyed a good playing career in which he turned out for some top domestic clubs, including Schalke, Eintracht Frankfurt and Mainz, while representing the USA eight times at international level. Thus, when succeeding Chris Powell, he broke the mould to become Huddersfield’s first manager from outside of Britain and Ireland. 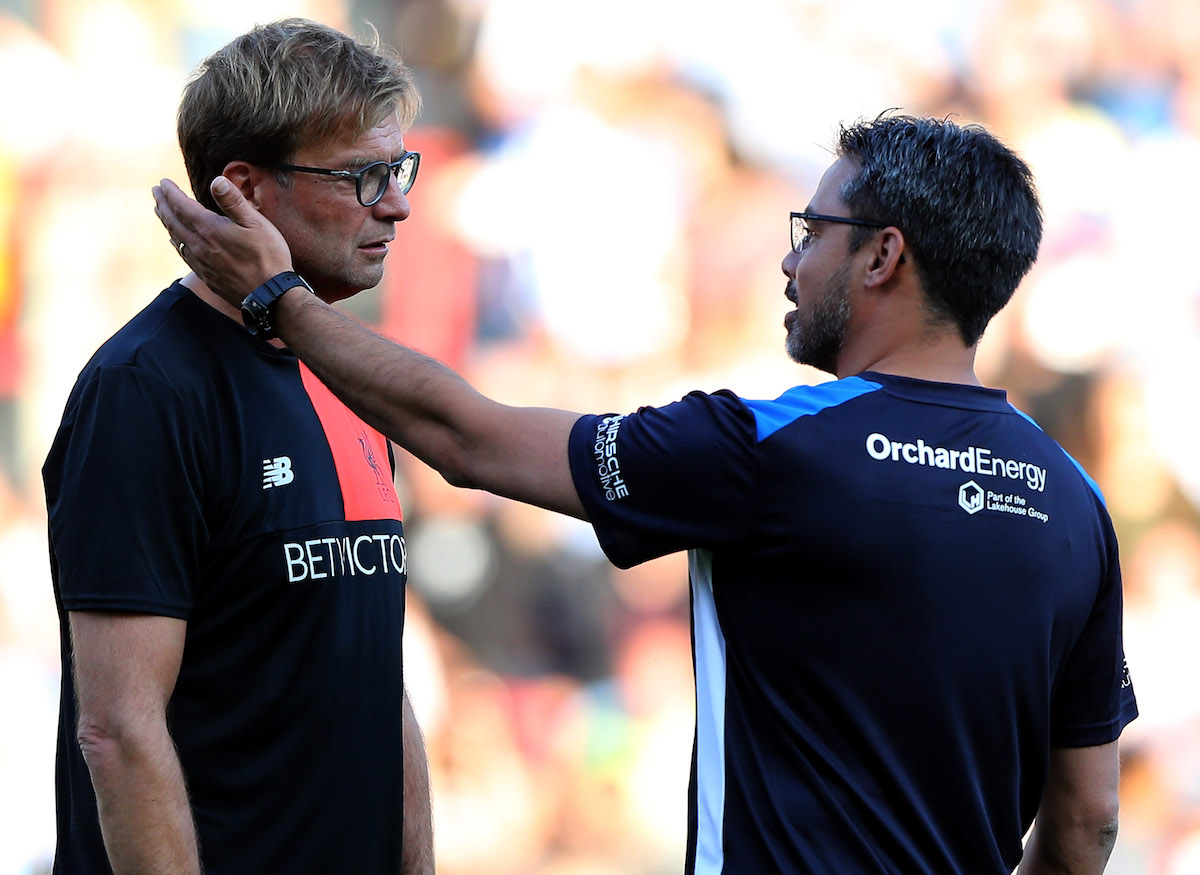 During his four years as a player with Mainz, Wagner had played alongside Klopp, and the two reconnected in 2011 — at the time, Klopp was Borussia Dortmund manager, and Wagner became manager of the club’s reserve team. This link led to rumours that Wagner was set to join Klopp’s staff at Liverpool in November 2015, something that only fuelled the aforementioned intrigue around his eventual appointment at Huddersfield.

The Terriers were 18th in the Championship table at the time of Wagner’s arrival, and ended last season in 19th. In short, it was a difficult beginning to life in English football for the German coach. But, over the summer of 2016, he would begin to assemble his own squad.

For Huddersfield, this change in transfer strategy represented a leap into the unknown. However, this uncertainty was soon replaced by positivity with the realisation that the players brought in would improve the team. Schindler, Lowe and Kachunga soon became key players, while Hefele and Stankovic impressed when given the chance.

Along with the optimism that comes with a fresh outlook, Wagner brought about a desire to connect with the club’s supporters and build a team with a real bond. One of his main initiatives during his first pre-season with Huddersfield was to take his players on a trip that would forge togetherness amid deliberate scarcity. 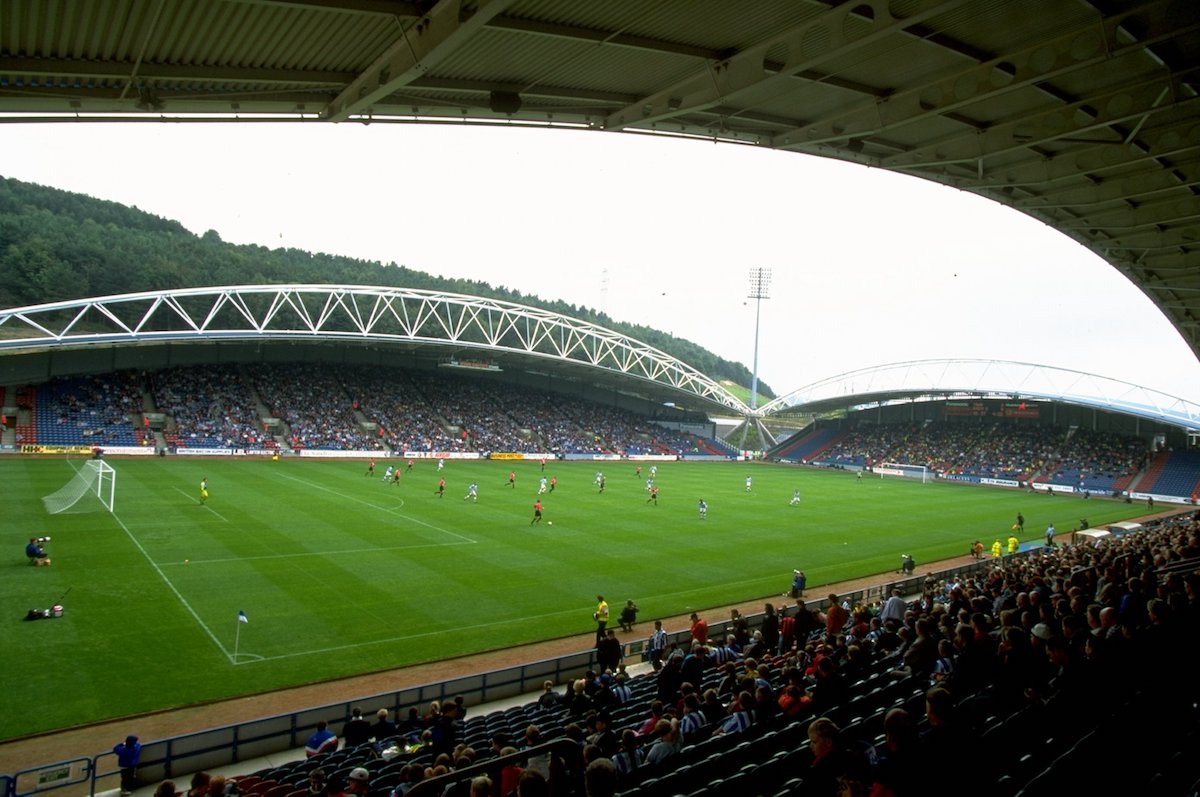 “We went to Sweden for four days three nights and we didn’t bring a ball. We were really in the wild, no electricity, no toilet, no bed, no mobile phone or internet,” he told the Guardian. “If you are hungry, take your rod and get a fish. If you are thirsty, go to the lake and put your bottle in. If you are cold, make a fire.”

And, when asked by the Guardian to define the identity he has infused Huddersfield with, Wagner spoke of his want to play with the club’s nickname in mind. “Exactly the style of football I love is like a terrier,” he said. “We are not the biggest dog … but we are aggressive, we are not afraid, we like to compete with the big dogs and we are quick … and we have endurance. We never give up.”

Like Klopp has done at all the clubs he has managed, most recently with Liverpool, Wagner has harnessed the collective potential of a hungry group of players, most of whom have little to no top-level experience. At the same time, he has also got the fans onside with his frenetic, passionate touchline persona, something that was demonstrated in their win over Leeds.

With Hefele scoring an 89th-minute winner, Wagner sprinted off down the touchline and onto the pitch to celebrate with his players in front of delirious home supporters. In what is a tense Yorkshire derby, the German embraced the spirit of the game and refused to hide his satisfaction at the win. As a result, Leeds fans had a new enemy, but Huddersfield fans gained a new hero.

For all the talk of philosophy and togetherness and emotion, the new signings and the links to Klopp, it was absolutely vital that Wagner began this season well in terms of results if he was to generate real belief of improvements under his management. And, in this respect, things couldn’t have gotten off to a better start. 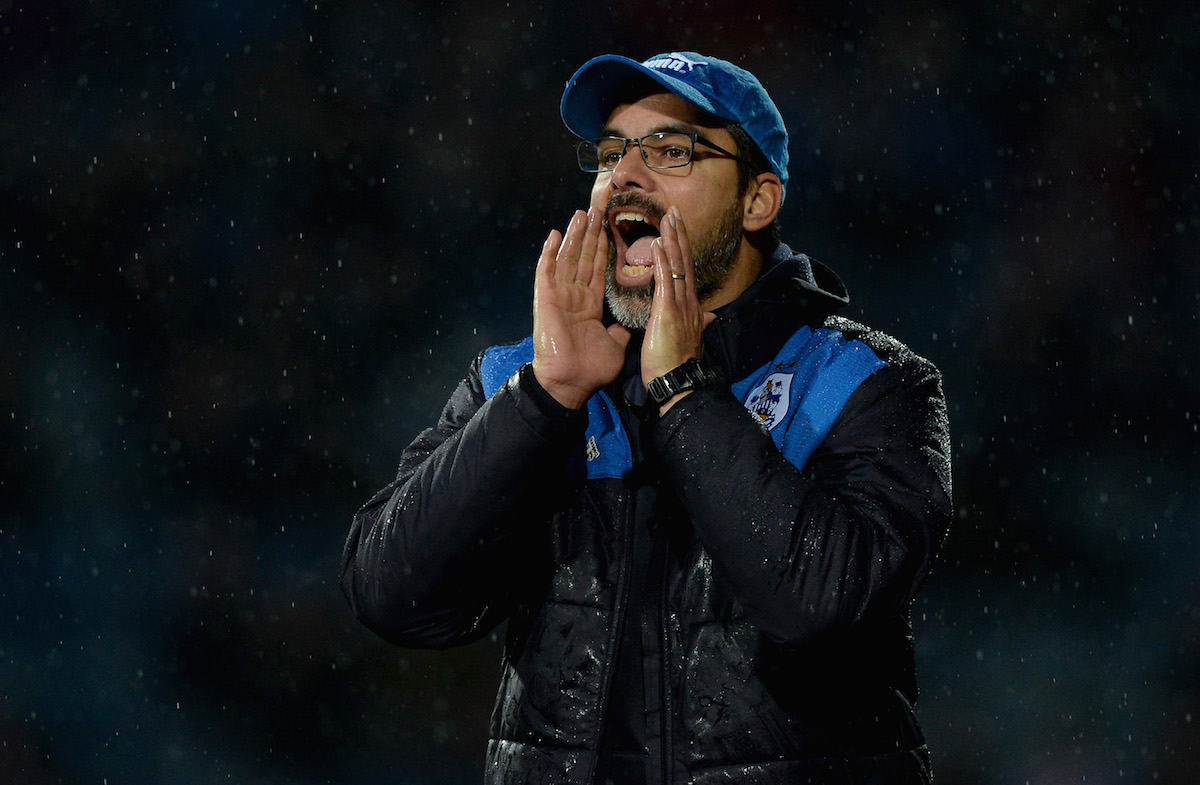 Huddersfield were unbeaten in their first six Championship games of 2016-17, winning five. The results weren’t down to any easy fixture list — the schedule included trips to Leeds, Aston Villa and Newcastle United. And, after a slight lull in October and November, Wagner’s side returned to form in their last 11 matches, losing just once and winning eight. This run pushed them up to fourth in the table, just six points off of Brighton and the automatic promotion spots.

Huddersfield have achieved these results while playing a progressive form of football based on creating free men between the lines and building attacks from the back. Only Reading and Fulham have averaged more possession than Wagner’s Terriers, while only Fulham have played more short passes per game. It’s also worth noting that a remarkable 75.7 per cent of Huddersfield’s league goals this term have come from open play.

For some, the way a team wins is just as important as the winning itself. If any Huddersfield fans are of this persuasion, they will no doubt be more than happy with their team’s style this season.

Wagner’s Huddersfield have a lot still to do if they are to reach the promised land of the Premier League. But, thanks to the club’s fresh approach, the manager’s passion and the team’s football and results, the Terriers have already claimed the hearts of fans and neutrals across the Championship.

HAVE YOU SEEN EPISODE 10 OF FOOTBALL WHISPERS TV? CATCH UP HERE!