There’s something unquantifiable, intangible, that links New York City FC and Orlando City. The two clubs entered Major League Soccer at the same time, playing their first game against each other. Now, Jason Kreis is in charge of the latter having been the first head coach of the former. Their success is measured against each other’s and that’s why Sunday’s result was so significant.

After such an impressive start to the season, surging to the top of the Eastern Conference, Orlando have suffered something of a dip recently, with the comprehensive 3-0 home loss to NYC FC their most disappointing result of the campaign so far. It was in some way understandable, though. Few teams can cope with David Villa in such devastating form after all.

Indeed, the Spanish legend turned in a sparkling performance to help his side see off the Central Floridians, netting twice in a 3-0 victory. It was the 12th time that Villa has bagged a brace for New York City FC, with his goalscoring record in MLS making for impressive reading. He is undoubtedly the most effective frontman in the league, even at the age of 35.

And that is perhaps the most impressive thing about Villa, who has already scored eight goals in just 11 appearances so far this season. This follows his tally of 23 goals in 35 appearances last term, enough for him to be named MVP for the 2016 campaign. While most players would be on the decline at his age, Villa only seems to be getting wiser, smarter, better. 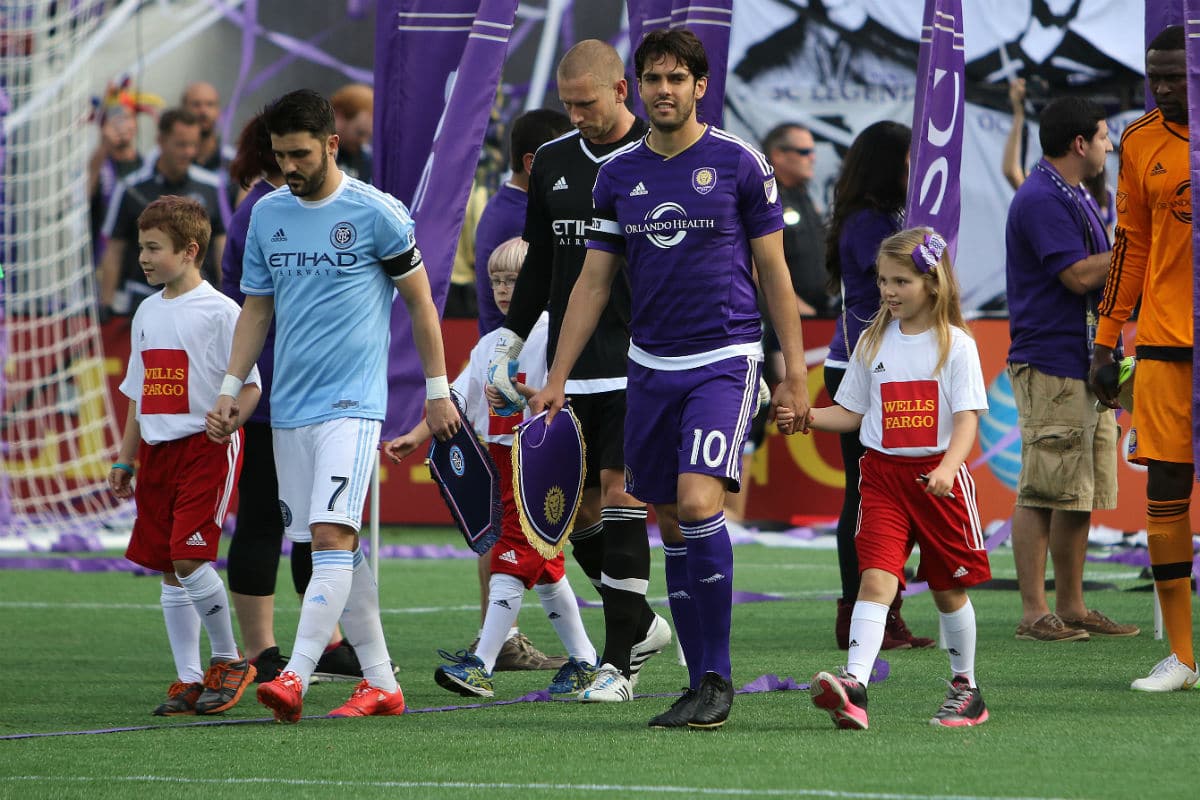 The former Barcelona and Valencia man is defying the effects of time in MLS. That is all the more impressive when taking into account the physicality of the division. North American soccer isn’t for anyone looking to tamely wind down their career towards retirement and Villa has recognised this. He has fully committed to the cause at NYC FC, becoming the club’s spiritual leader.

“David is an important player for us and when he played the way he played today, he lifts the team. He’s one of the leaders,” NYCFC coach Patrick Vieira explained after a 3-1 win over Atlanta United at Yankee Stadium earlier this month.

“When he plays like he did today, the confidence builds in the team and that’s why it's important for him to be at this level every single game.

Vieira had two primary objectives ahead of the 2017 season – to strengthen his team defensively and to lower the average age, making them a younger, more nimble side. He has certainly succeeded in the latter, with older players like Frank Lampard departing to be replaced by youngsters like Yangel Herrera.

That youthful exuberance has allowed Villa to focus his energies on efforts closer to goal. It might go some way to explaining why, at 35, the Spaniard appears to be at his most potent this season, on course for his best goalscoring campaign in the North American top flight. Vieira has cultivated a side that gets the best out of their best player and biggest name.

READ MORE: HAVE NEW YORK CITY MOVED ON WITHOUT PIRLO?

A historic season ahead?

Last season saw NYC FC chart a marked improvement under Vieira with the Bronx side finishing second in the Eastern Conference. But after a sluggish start, the 2017 campaign might hold even more for them. Nine fixtures in, NYC FC are looking confident, potent and among the frontrunners for honours. Villa has played a big part in that.

“I think the season is a giant puzzle,” goalkeeper Sean Johnson said after the home win over Atlanta.

“You put pieces together and you want to complete that puzzle leading to the end of the season and have all the pieces put together and ready to go.

“We get better and better. The one thing that I can take away is that we’ve learned to do what’s necessary to win in multiple environments.” 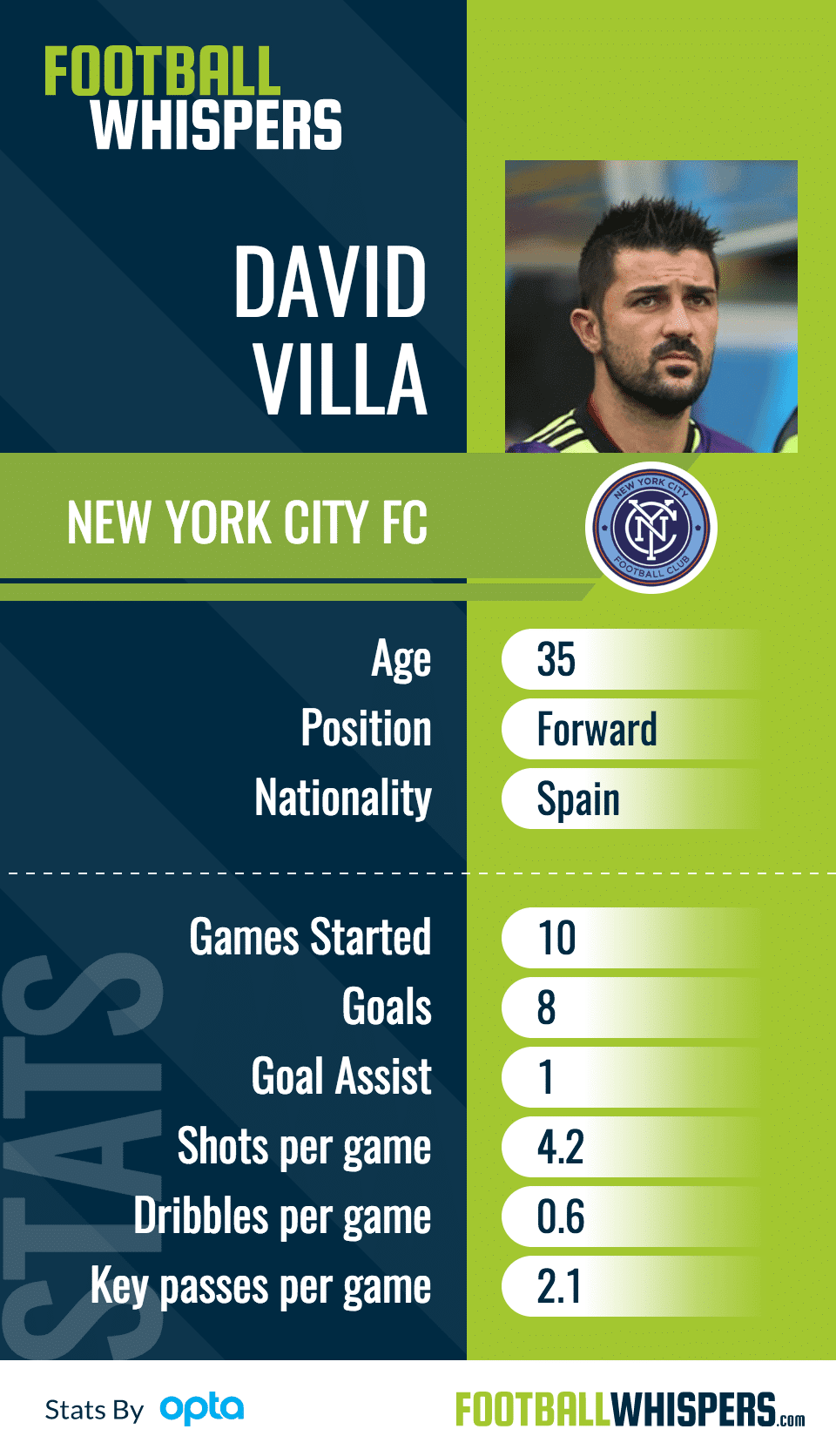 Vieira has made big calls, including the decision to bench Andrea Pirlo. With the Italian on the sidelines, NYC FC are defensively more solid. New signings Alexander Ring and Herrera have settled into the team quickly, with their presence allowing Vieira to play on the rapid counter attack.

This tactical shift has sparked NYC FC into life in the final third. Each of their front three have scored in the last two weeks, with Villa leading the way. There is much more to New York City FC than just the Spaniard, but he has become their purest embodiment and reflection. Villa has been there from the very beginning and there is no end in sight. He has plenty more to offer.