When it comes to transfer rumours, reality sometimes takes a backseat. This has been evidenced most recently in the increasingly extensive list of AC Milan transfer targets, a list now populated by numerous eye-wateringly talented and, in all probability, expensive players.

The Rossoneri have endured a difficult recent history and, despite being taken over in April, there are doubts regarding the exact level of investment new owner Li Yonghong can provide. But this hasn’t stopped the club from being linked to a vast array of potential signings.

And signings are needed.

Milan have been without continental competition since 2013/14, and they finished outside of the top six in each of the past three seasons. There have been improvements this term, hence the current sixth-place position within Serie A, but the squad must be reinforced if further progress is to be made. 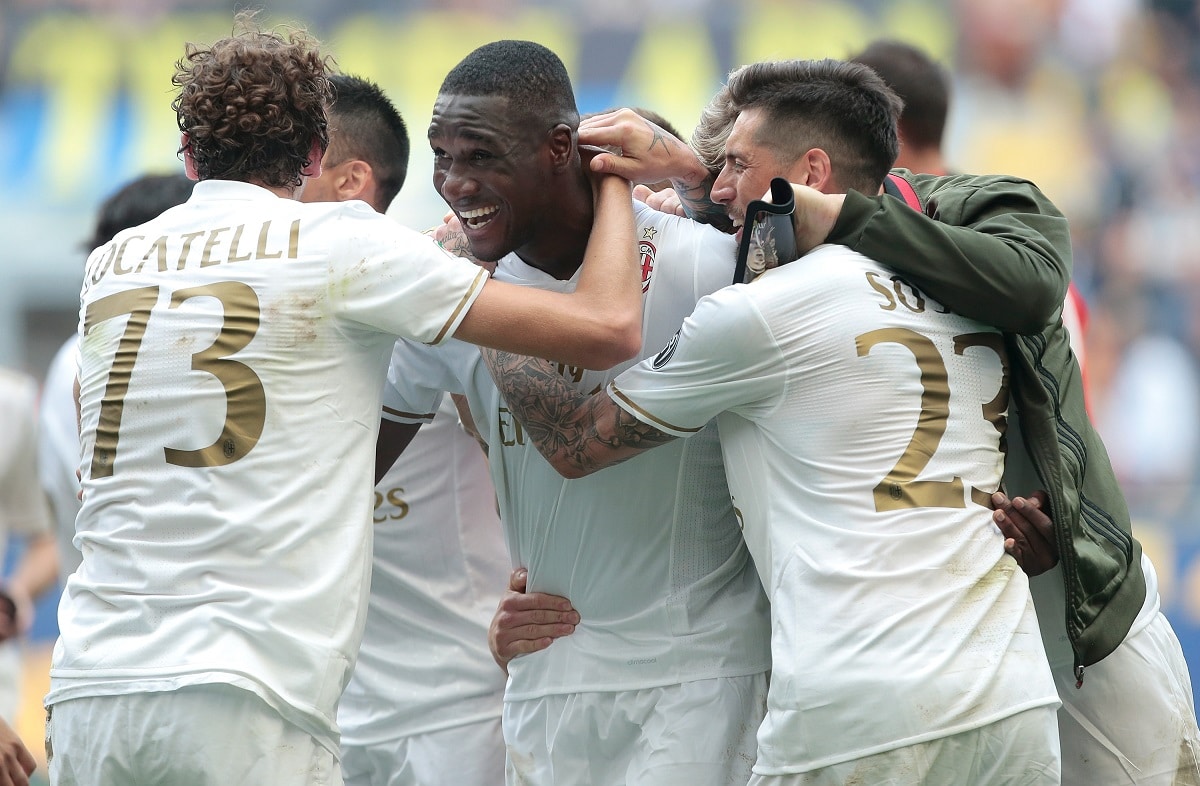 READ MORE: WHAT NEXT FOR AC MILAN AFTER TAKEOVER?

Assuming Li does have the financial wherewithal to rebuild an ailing giant, focusing on quality over quantity would allow the club to enter the 2017/18 campaign in a much better state. Here’s how they could line up.

Head coach Vincenzo Montella has worked wonders with a flimsy playing squad during his debut year at the San Siro, sticking primarily to a 4-3-3 formation. Behind the back four, goalkeeper Gianluigi Donnarumma has been his most consistent performer.

The 18-year-old is a phenomenon, a special individual amid a sea of average. His reflexes have always been outstanding, though he now also possesses sound decision-making, a commanding presence, safe hands, and a growing comfort with the ball at feet—no wonder Manchester City boss Pep Guardiola appreciates his skills.

Unfortunately, there’s only so much Donnarumma can do when the defensive line is as leaky as Milan’s has been. Montella has brought greater organisation, but the back four remains open, something highlighted by the fact that, within Serie A’s top six, only Lazio have conceded more.

If the Rossoneri are to challenge at the top of Italian football once again, Alessio Romagnoli will need a reliable central defensive partner. The 22-year-old, renowned for his ball-playing capacity, is a solid defender, but he could do with a more experienced colleague alongside him. Signing Mateo Musacchio would ensure this.

The Argentine has starred for Villarreal over the past five years, asserting himself as one of the finest centre-backs in La Liga outside of the Barcelona/Real Madrid duopoly. In early May, Sky Sport Italia reported that a summer move to Milan was on the cards, and he would be a perfect fit stylistically.

A natural right-footer who plays as the right-sided centre-back in a four-man defence, the 26-year-old would be comfortable operating alongside Romagnoli. A smooth passer unfazed by pressure, he would also suit Montella’s patient approach to build-up of possession from the back.

And Musacchio could be joined in the defensive line by another newcomer: Ricardo Rodriguez. Indeed, recent reports suggest that Milan are set to beat the likes of Real Madrid and Barcelona to the 24-year-old’s signature.

The Swiss left-back has had a difficult couple of seasons since the 2014 World Cup in Brazil, where his performances only confirmed his reputation as one of the world’s most promising full-backs. Since then, he has suffered with injuries and the declining form of Wolfsburg, who currently find themselves in a Bundesliga relegation dogfight.

Nonetheless, Rodriguez remains an obviously gifted and forward-thinking left-back whose accurate crossing and inclination to attack the flank would undoubtedly enhance Milan’s offensive output. To accommodate his arrival, Mattia De Sciglio would probably switch to right-back.

Montella has not been short of quantity when selecting his midfield trident, but quality has been missing in this area throughout the 2016/17 season.

An injury to captain Riccardo Montolivo allowed 19-year-old home-grown prospect Manuel Locatelli to break through, but the teenager’s form fizzled after a stunning beginning to life in the starting line-up. This was primarily the result of a lack of genuine class around him.

Juraj Kucka is a solid, energetic force, but lacks the subtlety or refinement necessary to thrive within Montella’s style of possession. Roughly the same could be said of Andrea Poli, while Andrea Bertolacci continues to flatter to deceive. Meanwhile, Jose Sosa has occupied the deep-lying playmaker well at times, but his desire to break forward would be better suited to a freer role.

The return of Montolivo does not disguise the fact that Milan need reinforcement in this area. This could come in signing of versatile Ivorian Franck Kessié, who has enjoyed a superb breakout season with Atalanta.

Dynamic, technically astute and powerful, the 20-year-old adjusted quickly in his debut campaign of top-flight football, attracting interest far and wide for his services. However, several reports in Italy suggest that the player will turn down Premier League clubs in order to join Montella’s squad.

Kessié’s ability to resist pressure through use of his physique and body positioning, as well as through excellent ball control, would make him the ideal successor to Kucka on the right of Milan’s midfield trio. And he could be backed up by Fiorentina’s Milan Badelj.

The Croatian has been linked persistently to the Rossoneri over the last year or so, and his agent has already confirmed that he will be leaving Florence this summer. His calmness, tactical intelligence, pressing and passing would improve Montella’s build-up no end while also guaranteeing extra defensive stability.

Alongside Kessié and Badelj, Giacomo Bonaventura’s return from injury is eagerly anticipated. The 27-year-old is the team’s unsung hero, one of the most underrated operators in European football, and – despite a background as a winger or trequartista – has shown an ability to play in central midfield.

The permanent signing of Gerard Deulofeu, who has impressed while on loan from Everton, would be a positive start to Milan’s summer business. However, it is arguably more important simply that they retain Suso.

The Spaniard has ascended to a new echelon of productivity this term, scoring seven and setting up nine league goals from his right wing berth. At just 23 years of age, he is beginning to live up his early hype, putting in consistently good performances and threatening defences at every opportunity with his quick feet, innate spatial awareness and sublime supply from crosses or through balls.

But Suso can’t do it all on his own, and the poor form of Carlos Bacca means a new striker must be brought in to bag Milan goals on a regular basis.

If finding the net is the problem, Andrea Belotti is the solution. The 23-year-old has scored 25 times in 33 Serie A outings this term, a record bettered only by Roma’s Edin Dzeko, and has received covetous glances from the likes of Atletico Madrid and Manchester United in the process.

He is, however, a Milan fan, and his childhood hero was none other than Rossoneri legend Andriy Shevchenko. And, in recent weeks, the club are said to have been in touch with Torino over his signature this summer, something confirmed by the Turin club’s sporting director Gianluca Petrachi.

Acquiring Belotti would involve vast sums of money, thus it would be a huge statement of intent. However, it would also give Montella a sharp edge to his attack, someone the likes of Suso and Bonaventura could create chances for with confidence said chances would be finished. 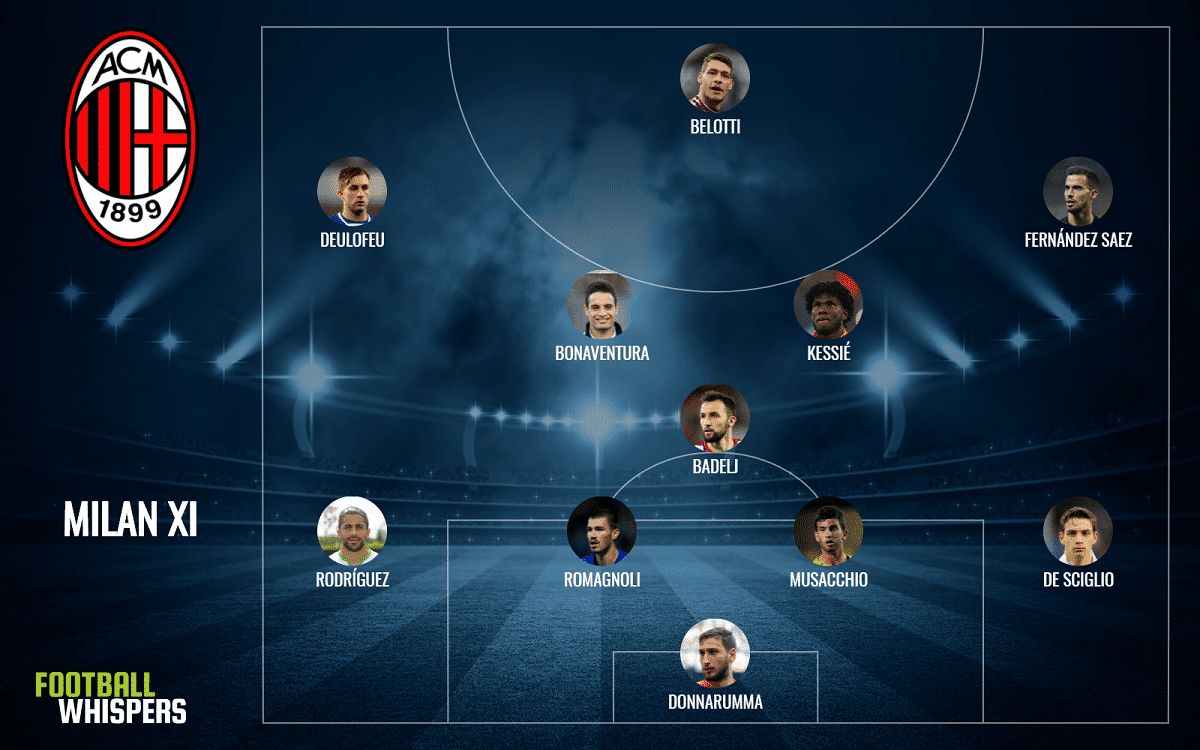