It wasn’t long ago that centre-backs appeared to be an afterthought to most managers. Teams would be prepared to spend £30million, at most, on one and this was despite fees for attackers swelling to north of £50million.

Now, however, they’re the most valuable asset in football.

On one hand, the self-imposed hierarchy of yesteryear made sense. Goalscorers are more popular, more marketable and it’s easier, and quicker, for them to pay back their fees.

The price of centre-backs seemed to peak in the early 00s. Lilian Thuram, aged 29, went from Parma to Juventus in 2001 for £36.5million. The following year Rio Ferdinand, Alessandro Nesta and Fabio Cannavaro all made big-money moves: Ferdinand to Manchester United for £30million, Nesta to AC Milan for £27million and Cannavaro to Inter for £20million

Ricardo Carvalho swapped Porto for Chelsea in 2004 for £20million and three years later the Portuguese giants sold another centre-back, Pepe, to Real Madrid for £26million.

Paris Saint-Germain did spend big on defenders when they came into the riches of Qatar and parted with close to £117million to secure the services of David Luiz, Thiago Silva and Marquinhos.

With the exception of Luiz, though, clubs were reluctant to spend in excess of £30million when shopping for defenders. This attitude meant sides wasted millions every single summer as they searched for that one mainstay centre-back all teams craved.

Manchester City spent £32million on Eliaquim Mangala. He failed to convince and the Citizens then parted with a similar fee to sign Nicolas Otamendi just 12 months later.

Pep Guardiola arrived and wanted John Stones, so City spent a further £50million to land the England international ahead of Chelsea. But even this top-end fee was £40million shy of the overall world record. 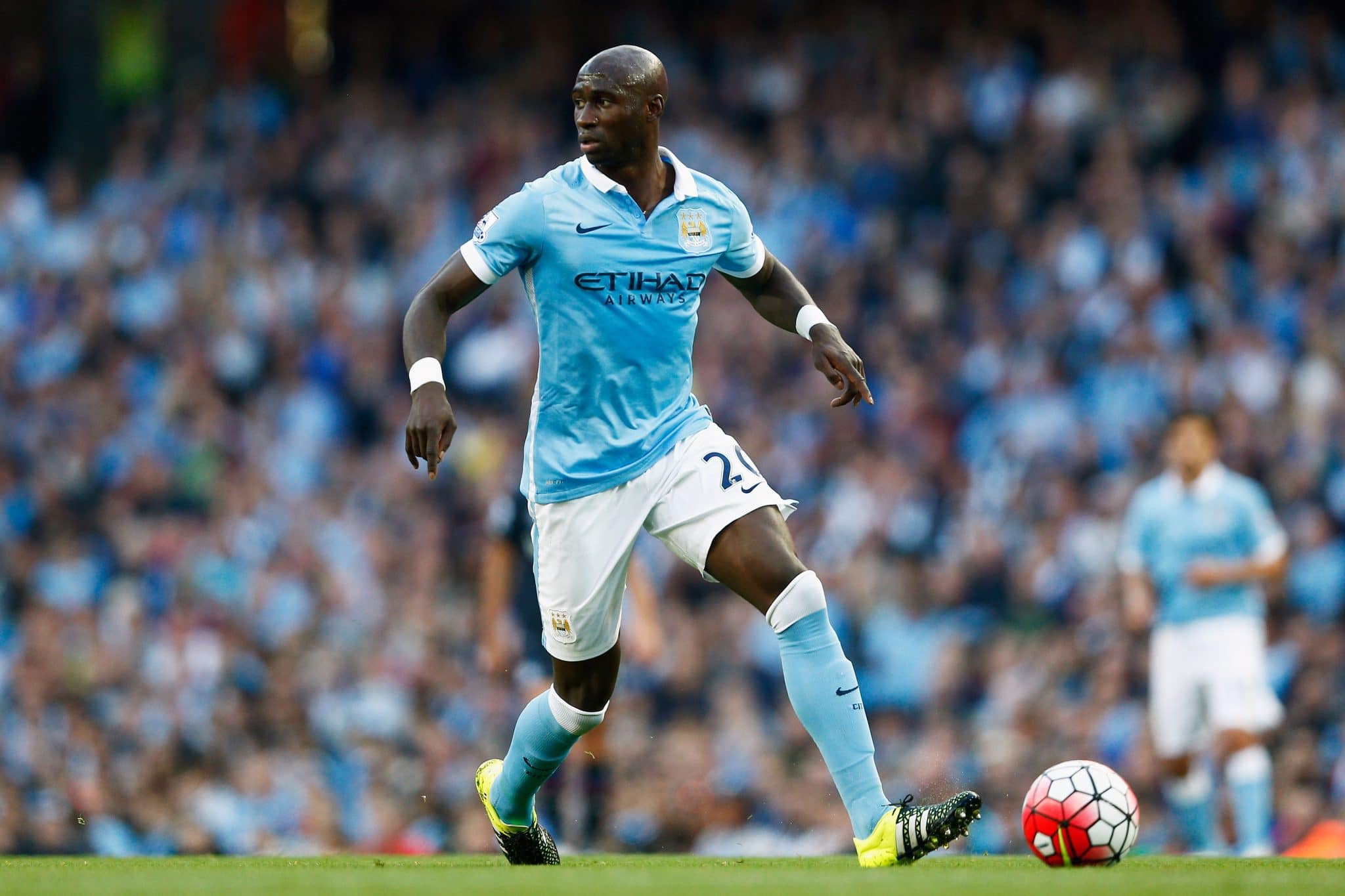 Guardiola’s side have since added Aymeric Laporte to their ranks in a deal worth £57million. A cool £169million on four centre-backs and reports claim they wanted to sign Harry Maguire this summer up until the point Leicester City priced them out of a move.

Neymar’s move to PSG changed the transfer market but it was Virgil van Dijk swapping Southampton for Liverpool that shifted the landscape for centre-backs.

That transfer removed the fear teams harboured. It demonstrated that investing heavily in a defender was worthwhile as the right one – identified via thorough scouting and research – could have a transformative impact on the team.

It isn’t solely down to the Dutchman's exploits in the defence but he’s played a big part in the team’s transition from top-four hopefuls to title challengers. 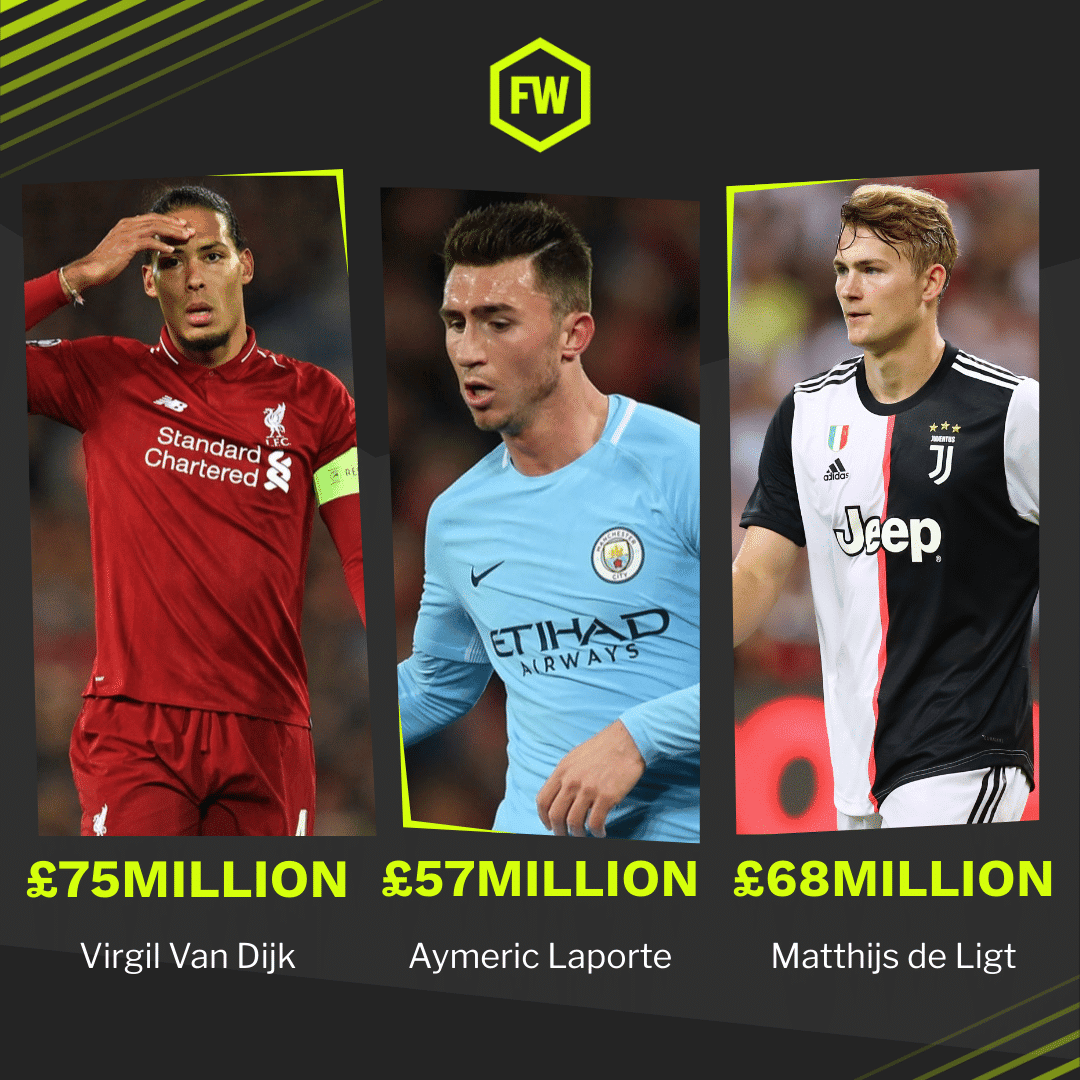 Since that move in January 2018, City broke their transfer record (at the time) to sign Laporte. Napoli, meanwhile, value Kalidou Koulibaly around the £90million mark, if reports are to be believed, and they aren’t willing to negotiate or soften their stance.

Matthijs de Ligt’s exploits for Ajax in the Champions League meant the 19-year-old was one of the most in-demand players of the summer. He snubbed PSG, Manchester United and Barcelona to complete a £68million move to Juventus.

United are now doing everything they can to make Maguire a Red Devil. Leicester’s valuation keeps creeping up and it’s likely they could bank a world-record fee for a defender if Ole Gunnar Solskjær is adamant the England international is the only centre-back capable of improving their defence.

With the battle for a top-four place fiercer than ever before, clubs are looking for marginal gains in order to claim Champions League football. Arsenal plumped for adding more firepower to an already stacked forward line.

Last season, the Gunners struck 73 times in the Premier League, a total only the top two could better, but conceded on 51 occasions. Is Nicolas Pépé's arrival going to help their defensive numbers? It's a gamble to think you can just outscore everyone because ultimately the defence will let you down.

United struck fewer goals and conceded more but with the signing of Aaron Wan-Bissaka and the potential arrival of Maguire, they're going to be hoping to concede around the 40-goal mark next season. Ultimately, that would be the difference between them finishing top four and Arsenal claiming a Champions League spot.

Simply put, the fewer goals you need to win matches, the easier it is to claim all three points. However, because this is widely accepted it means quality defenders command fees usually reserved for productive attackers.

Last season, United conceded three or more in six Premier League matches. They drew nine times and in those ties conceded 1.2 per game. If the Red Devils were able to turn three of those 2-2 draws into a 2-1 win then they would've finished in the top four.

It's a basic way of looking at it but United could well be paying £80million for a player they hope will have an impact on potentially three games. But that is why centre-backs are so valuable these days. For these moments and scenarios. If the Maguire move works out, £70million will quickly become the norm for defenders.