The story of Associazione Calcio Milan began 117 years ago today, but the exact origins of the Italian giants might surprise you.

When you think of AC Milan, the San Siro, seven European Cups and some of the world’s best ever players is probably what springs to mind. You might even be reminded of owner Silvio Berlusconi’s infamous Bunga Bunga parties. What you probably don’t think about is cricket.

And yet the original guise of the Rossoneri was as the Milan Cricket and Foot-Ball Club.

The club was founded by three English expatriates, Alfred Edwards, Herbert Kilpin and Samuel Davies, hence the English spelling of ‘Milan’ rather than the local dialect, Milano.

The men, along with three other fellow Englishmen, would regularly meet in the city to socialise and reminisce about life back in England, and it was on one of these evenings at Milan’s Fiaschetteria Toscana bar during the winter of 1899 that the idea of forming a football and cricket club was born.

At 49-years old, Edwards was the oldest of the group, and as such was named the club’s first ever president. David Allison was chosen to be the club’s team captain, while Davies, Hoberlin Hoode and Kurt Lies all played for Milan in their debut season.

However, it was Herbert Kilpin that was the driving force behind Milan in those early days. 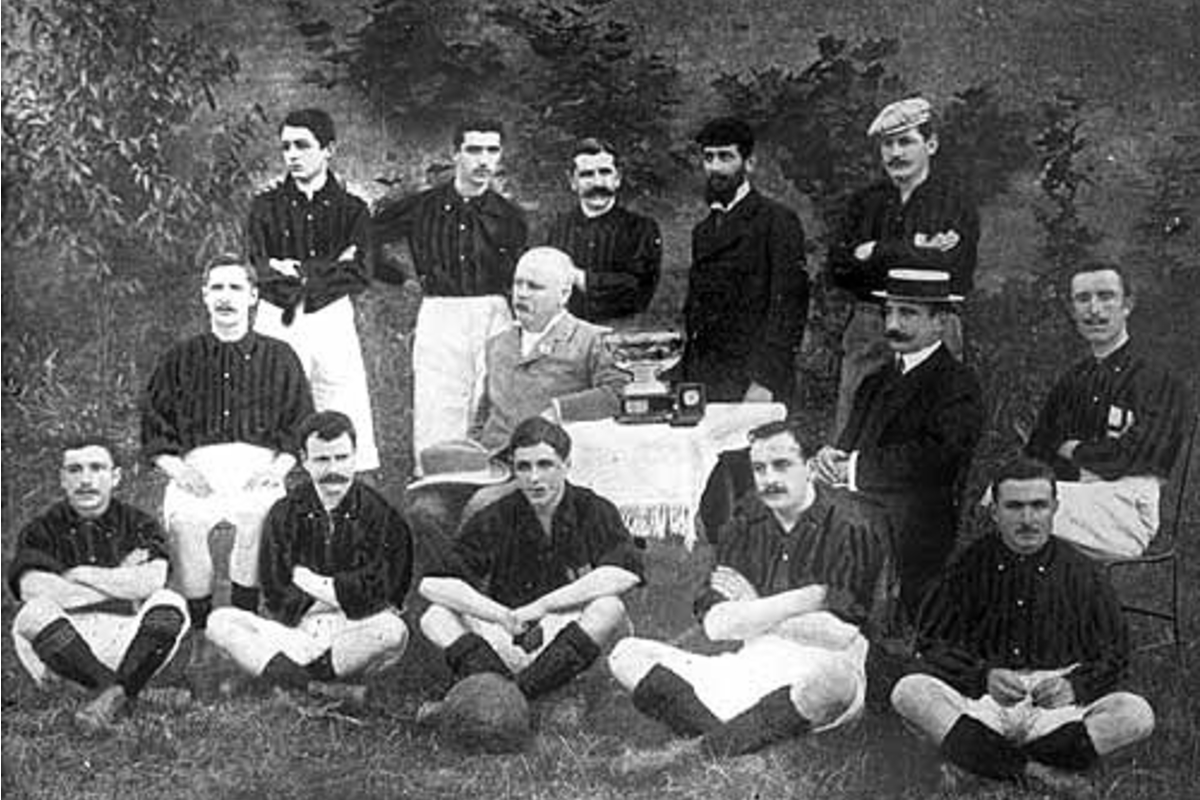 The butcher’s son from Nottingham had developed an obsession with football from a young age, and had even set up his own amateur club at just 13-years old.

In 1891, the then 21-year old Kilpin was sent to work in Turin for textiles merchant Edoardo Bosio, a friend and associate of his boss Thomas Adams. Bosio shared Kilpin’s love of the game, and had himself founded Torino Football and Cricket Club five years earlier. In 1897 Kiplin was sent by Bosio to Milan, where he would go on to meet the fellow founding members of the club.

The lace-marker was named as Milan’s player-manager, thanks largely to his charisma, intelligence and fanatical love of football.

Milan CFC’s first match was a 2-0 victory in a friendly against Mediolanum, then their debut season in the Italian Championship in 1900 would come to a close with a 3-0 defeat at the hands of FBC Torinese.

Kilpin’s side didn’t have to wait long until their first taste of success, though. The following year Milan beat Mediolanum (again 2-0) and Juventus (3-2) on their way to a final against Genoa – the team that had won all of the first three Italian titles. The match had ended 0-0 after normal time, but Milan ran out 3-0 winners at the end of extra-time to lift their first title.

The origins of the Milan derby

Kilpin steered Milan to two more triumphs in 1906 and 1907, but in 1908 a dispute over the recruitment of foreign players led to a split, and the development of one of the great footballing rivalries. 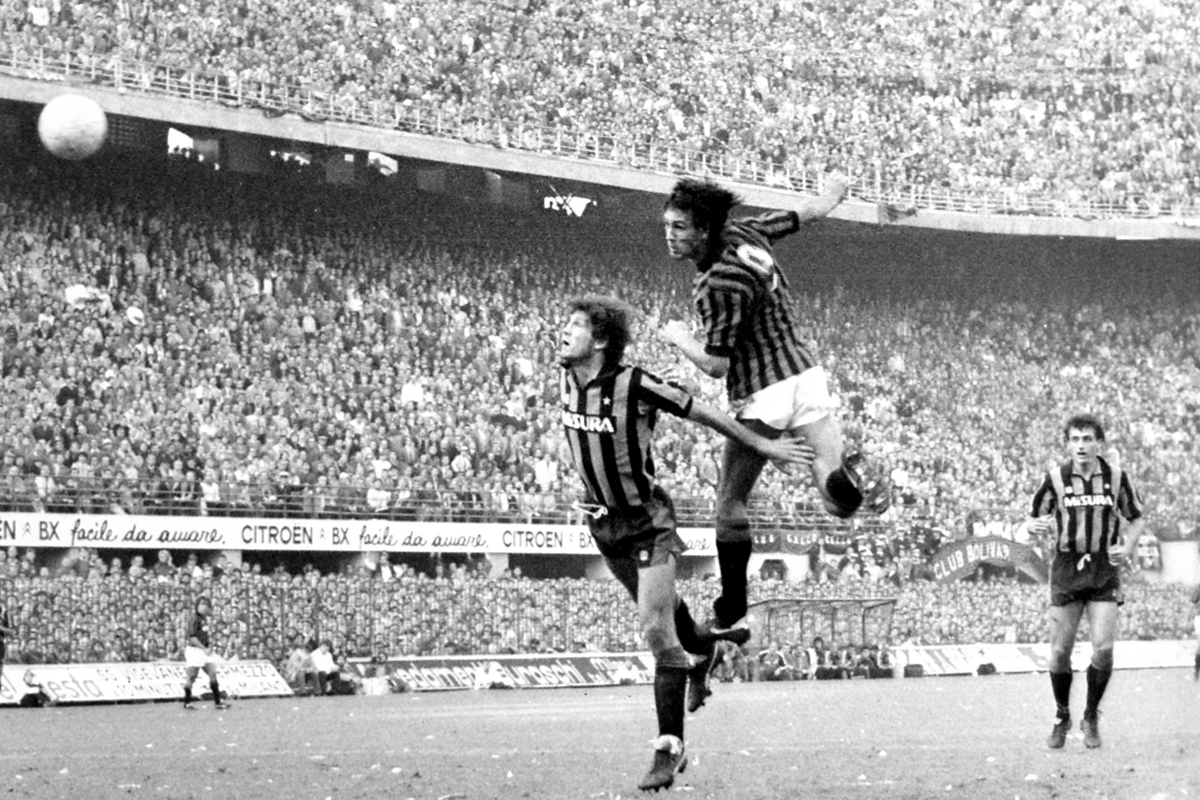 Milan CFC took the decision to focus on the development of Italian, local players, leading to a group of Italians and Swiss (including Giorgio Muggiani, designer of the club’s logo) to break away and form Internazionale — the name referencing the club’s commitment to fielding players from around the world.

“This wonderful night bestows us with the colours of our crest: black and azure against a gilded backdrop of stars. It shall be called Internazionale, because we are brothers of the world.”
– Internazionale founders, 9th March 1908

It took just two years for the newly formed Milanese club to win the title, defeating Pro Vercelli 10-3 in a championship play-off match after the two sides finished level on points. It was the first Italian Football Championship to follow a league format, and during the campaign Inter hammered Milan 5-1 at home and 5-0 away, emphatically avenging the 3-2 defeat in the first derby between the two the previous year.

Inter added a second title in 1920, and racked up three further championship wins before Milan would win again — 44 years after their 1907 triumph.

However, success in the 1950-51 Serie A season kickstarted a period of sustained success for Milan, and the Scudetto headed to the black and red half of the city again in 1955, 1957, 1959 and 1962, before the Rossoneri won their first European title in 1963, defeating Eusebio’s Benfica 2-1 in the final.

In the decades that followed, AC Milan established themselves as one of the world’s most successful clubs — winning 18 Scudettos, seven European Cups and five Coppa Italias — but none of it would’ve been possible without the vision of that football-obsessed butcher’s son from Nottingham.