Dominance in football is shown most brutally in numerical form. So here are a few numbers that relate to Juventus’ current stranglehold on Serie A.

They have won five consecutive Scudetti, which is a record. If they win one more, they will break that record.

Currently, they are four points clear of their nearest challengers, with one game in hand. In 2011-12, the first season of this title-winning streak, they didn’t lose a single league game; in the third season, 2013-14, they amassed a record total of 102 points.

Last season, after a poor start, they went undefeated for 26 league matches to overhaul their rivals and re-establish themselves atop the table.

Last summer, they signed Gonzalo Higuain for an Italian football record €90 million; in 2015-16 the Argentine striker broke the Serie A record for goals scored in a single season, hitting the net 36 times.

Meanwhile in each of the last six seasons including the current one thus far, the Bianconeri have had the best defence in Italy’s top flight. 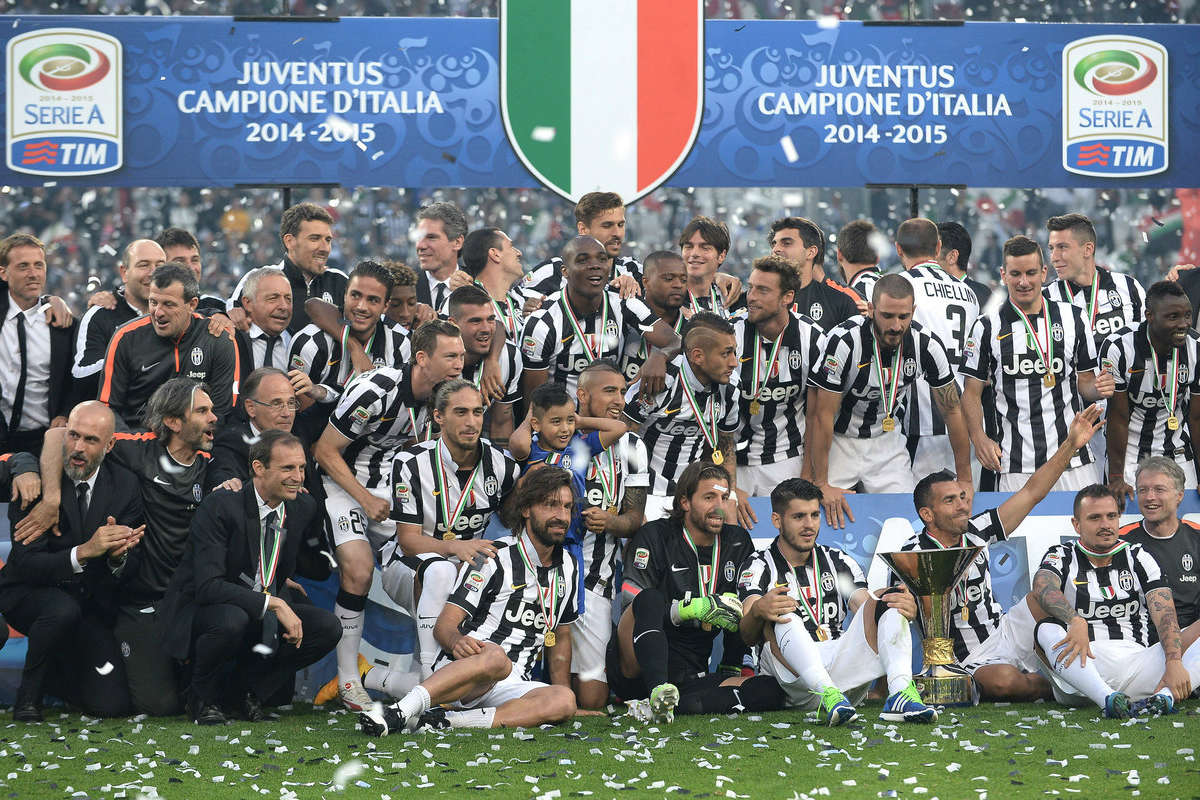 At a time when the English Premier League has been, even if short on quality, competitive, and Spain’s La Liga has been increasingly open with the emergence of Atletico Madrid, Juventus have maintained a grip on domestic affairs so tight that, within Europe’s major leagues, they could only be challenged by Germany’s Bayern Munich. The numbers offer a bleak portrayal of their superiority, but achieving those figures is a complex process.

In order to first obtain, and then continually reassert, their position atop the Serie A hierarchy, Juventus have been as effective off the pitch as they have on it. Their dominance is holistic in nature, and overthrowing them will therefore require holistic action. The question all of Italian football has been asking for several years is: how can Juventus be defeated? Here, we attempt to provide some answers.

Juventus have lost four times in 21 league fixtures this season, confirming that, on a given day, they can be beaten on the pitch. Thus, their position could theoretically be overhauled in the short term and, thanks to the work of two teams, there is a developing blueprint for how to beat them in a one-off encounter.

The Bianconeri’s four losses came against four different teams, all of whom secured victory in different ways and with varying levels of difficulty. AC Milan and Internazionale squeaked by the champions with 1-0 and 2-1 wins respectively, neither of which were particularly convincing. Indeed, the former’s win came thanks in part to the heroics of their goalkeeper Gianluigi Donnarumma and a poor refereeing decision that denied a legitimate Juventus goal from a Miralem Pjanic free-kick. 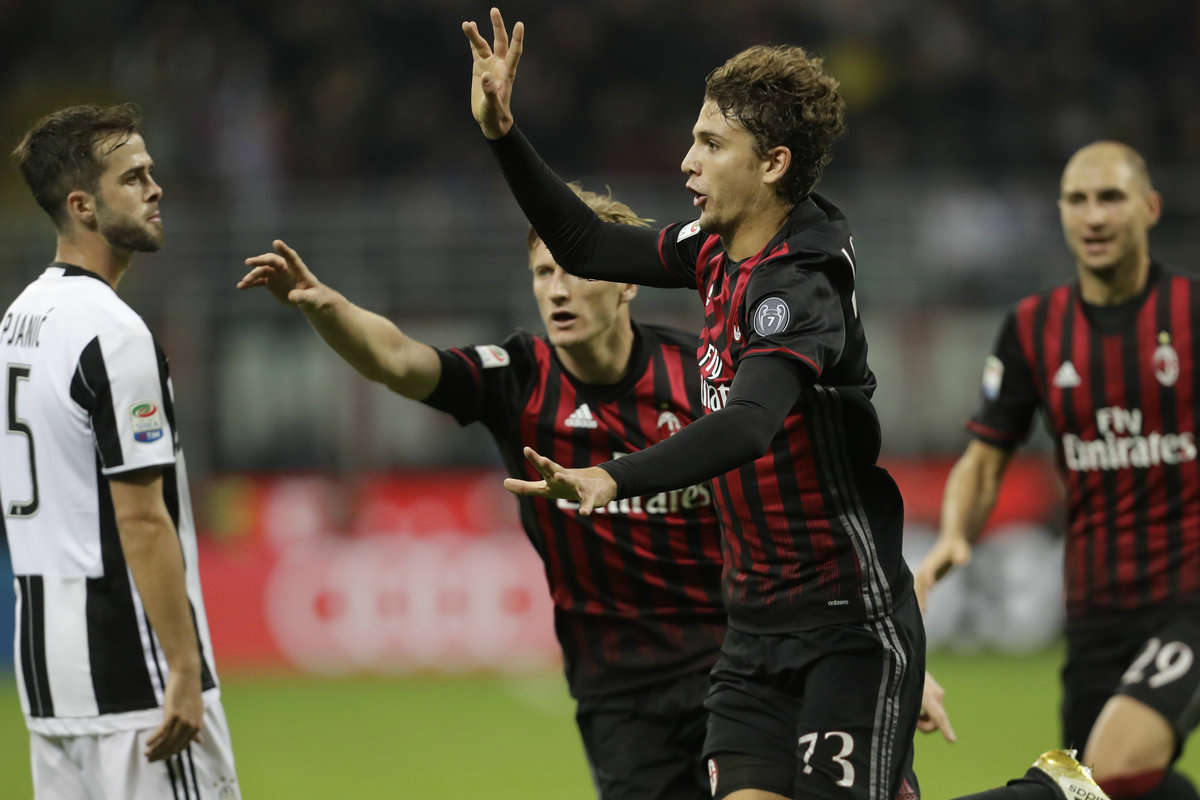 But Juve’s other two defeats were resounding.

Away to Genoa last November, they went 3-0 down inside an extraordinary half-hour. Ultimately Massimiliano Allegri’s side pulled one goal back, but nonetheless went on to lose 3-1. Earlier this month they lost 2-1 away to rivals Fiorentina. The result flattered them.

While Genoa and Fiorentina possess different styles and operate in roughly different shapes, there were commonalities in their wins over Juventus that other teams should be looking to learn from and potentially utilise in the near future.

One aspect of both teams’ play was their clear and relentless targeting of the Bianconeri central defenders. Fiorentina used a particularly high press against a Juventus back three with the intention not of merely stifling them, but forcing mistakes and turnovers high up the pitch. Allegri’s side prefer to have pragmatic possession, often using a back three to circulate the ball and gradually work their way into the middle third. However, they were forced into a higher tempo than usual by both Genoa and Fiorentina and consequently made errors.

In an offensive sense, both Genoa and Fiorentina also opted for fast, direct attacking transitions in order to quickly exploit any opportunities given to them. Juventus are strong both in their defensive structure and in their ability to return to a stable setup after giving away the ball, so purpose and speed are both necessary in order to take advantage of any potential counter-attacking opportunities against them.

Breaking down Juventus in their established defensive phase is extremely difficult because of their aforementioned structural soundness. They operate with suffocating man-orientations in the defensive line and a more positional approach in the midfield line, leading to a reduction of space for opponents in and around the final third. But, as Genoa and Fiorentina discovered, quick passing can be the antidote to this, allowing teams to shake off their marker — whether it be Andrea Barzagli, Leonardo Bonucci or Giorgio Chiellini — and find space to attack.

In order to defeat Juventus over the longer term, it will take more than tactics on the pitch. Work must also be done by Italian clubs to reduce the gap in terms of strategic planning and recruitment. 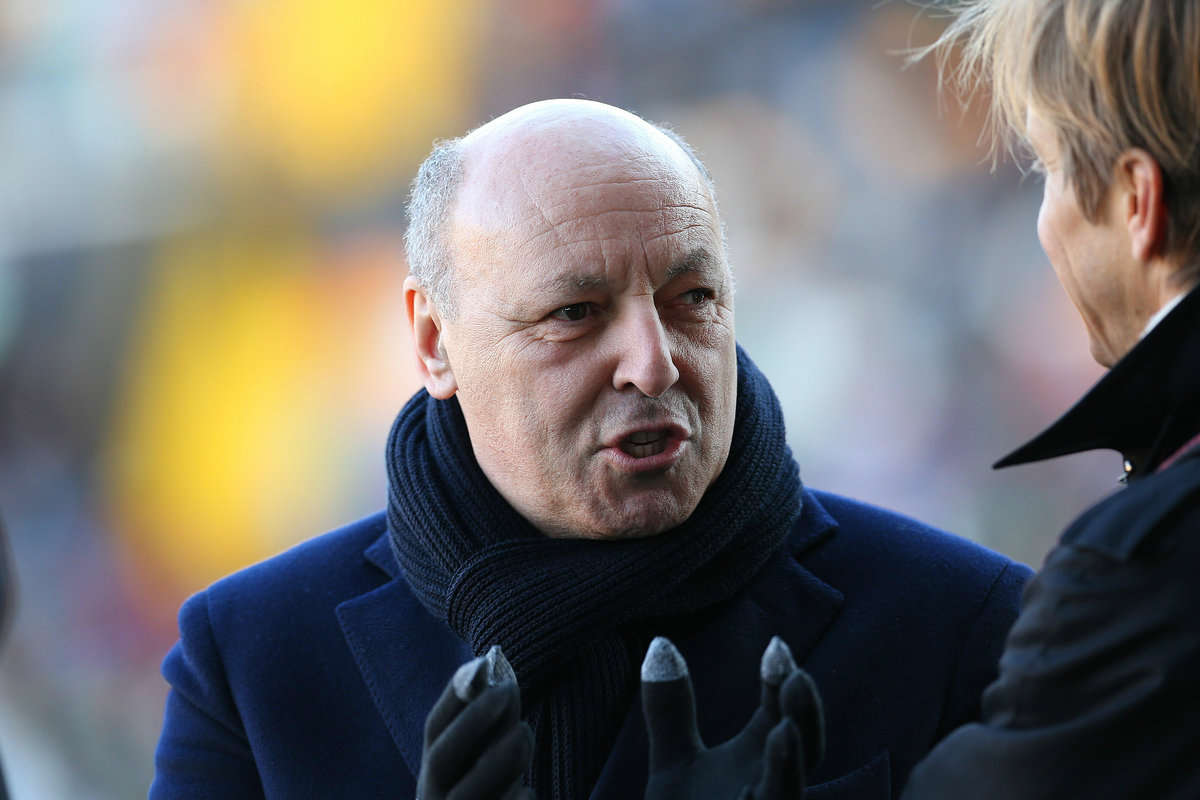 Juventus’ recent success is built upon the stable foundations laid by sporting director Giuseppe Marotta, who has steered the club’s transfer policy since arriving in 2010. His decision-making has not been particularly radical; instead he has focused on quality.

He has picked up some particularly eye-catching free transfers and bargains. When Andrea Pirlo was deemed past his best by Milan, Marotta swooped to sign him for Juventus, where the regista enjoyed four wonderful seasons. And when Paul Pogba was allowed to leave Manchester United, Marotta ensured the Frenchman would spend his formative years in Juve’s midfield.

Marotta has made similarly visionary appointments at managerial level. For instance, when Antonio Conte was brought in as head coach in 2011 he was viewed as a risk due to his lack of top-level management experience. He took the club from seventh place to three successive Scudetti. When Conte left his replacement, Allegri, had eggs thrown at him by irate supporters. He continued Conte’s legacy by winning a further two Scudetti (at the time of writing) and led the club to a Champions League final.

Juventus have also focused on youth in the transfer market. This month they secured the signatures of two of Italy’s most exciting youngsters in 22-year-old centre-back Mattia Caldara from Atalanta and 20-year-old winger Riccardo Orsolini from Ascoli. Previously they brought in Daniele Rugani from Empoli, Stefano Sturaro from Genoa and Paulo Dybala from Palermo.

These decisions have allowed Juve to lay the building blocks of long-term dominance. In order for that to be challenged, their rivals must begin to do likewise.