Already there is talk of Barcelona’s Champions League quarter-final exit to Juventus as the end of an era, or at least as the beginning of the end of an era. Such a conclusion cannot possibly be reached by the result of one game, or one tie, however Barcelona have shown weaknesses over the course of this season.

As well as their 3-0 away defeat to the Italian champions, the 4-0 thrashing handed to them by Paris Saint Germain, along with the fact they have struggled to threaten Real Madrid for large periods in this season’s La Liga title race, are signs of a possible decline taking place. Currently, Luis Enrique’s side are three points behind Real Madrid having played one game more. Thus, even if they were to win the upcoming Clasico at the Santiago Bernabeu, Real Madrid could still pull three points clear by winning their extra fixture.

For the first time in three years, Barcelona are set to not win either La Liga or the Champions League. And, with Enrique leaving at the end of the campaign, and a number of key players either in or approaching their 30s, the end-of-an-era talk doesn’t seem quite so drastic.

Only two players who started the second leg of Wednesday night’s clash with Juventus didn’t start the 2015 Champions League final against the same opposition, namely Sergi Roberto and Samuel Umtiti. Thus, bearing in mind Roberto came through the youth system, only one signing has made his mark on the Barcelona team in the past two years.

While a transfer ban may have had something to do with this, there is no doubt the club have failed to buy well in the transfer market recently. Here, Football Whispers looks at last summer’s additions and analyses why Barcelona’s transfer policy has failed them. 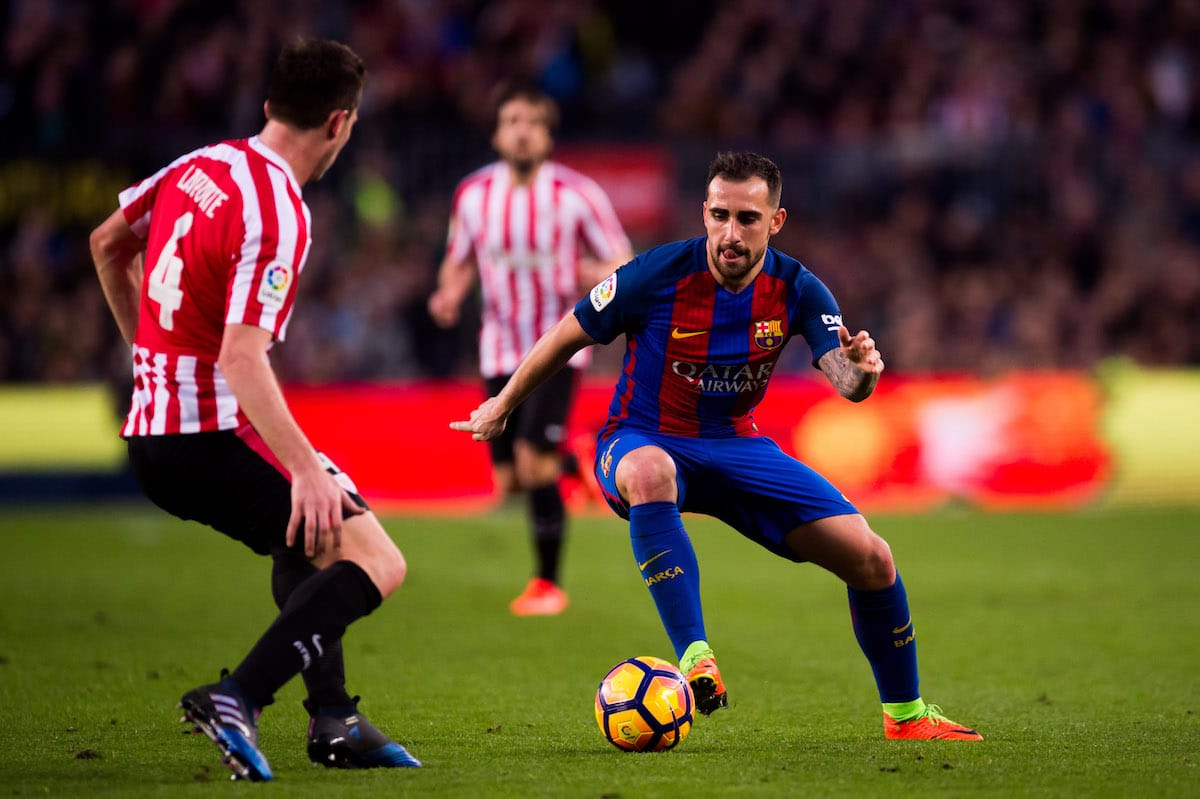 READ MORE: MANAGERS WHO COULD RESTORE THE BARCELONA WAY

Luis Suárez may be 30 years of age, but he shows no signs of slowing down. The buck-toothed Uruguayan striker has continued to score with an unerring consistency: this season he has found the net 24 times in 30 league outings. He has also set up a further 12 league goals for team-mates. All of this is bad news for Paco Alcácer.

At a time when Barcelona must surely be thinking of who can succeed Suárez atop their 4-3-3 system, Alcácer has failed to stamp his mark. The 23-year-old joined from Valencia for an initial fee of €30 million, but, along with an unimpressive strike rate of four goals in 16 La Liga outings, the Spaniard has too often been rendered ineffective against deep defending opposition.

While an experienced Dutch international, Cillessen was not brought in to occupy Barcelona’s goalkeeping berth. Instead, he was signed as a solid back-up, someone who could fill in neatly when Marc Andre ter-Stegen was injured, suspended, or simply in need of a rest.

Cillessen has shown reasonable fundamentals such as good agility and reactions, as well as composure under pressure and sound ball distribution. However, having cost €13 million and played just three times in La Liga and Champions League action, he has proven to be an expensive second choice.

In recent weeks a great deal of scrutiny has been placed on the role, or lack of role, played by Jordi Alba in Enrique’s team. The Spanish international left-back has been seen on the substitutes’ bench with increasing frequency, leading to speculation around his future at Barcelona. Tactical experimentation from Enrique no doubt played some part in this, though there have also been concerns over Alba’s form.

Despite this, Lucas Digne has not been able to secure regular game time. The 23-year-old Frenchman, who impressed on loan at Roma last season, last started for Barcelona in the 2-1 win over Leganés in February, and has fallen so far down the pecking order that, even when Alba doesn’t start, he doesn’t start. 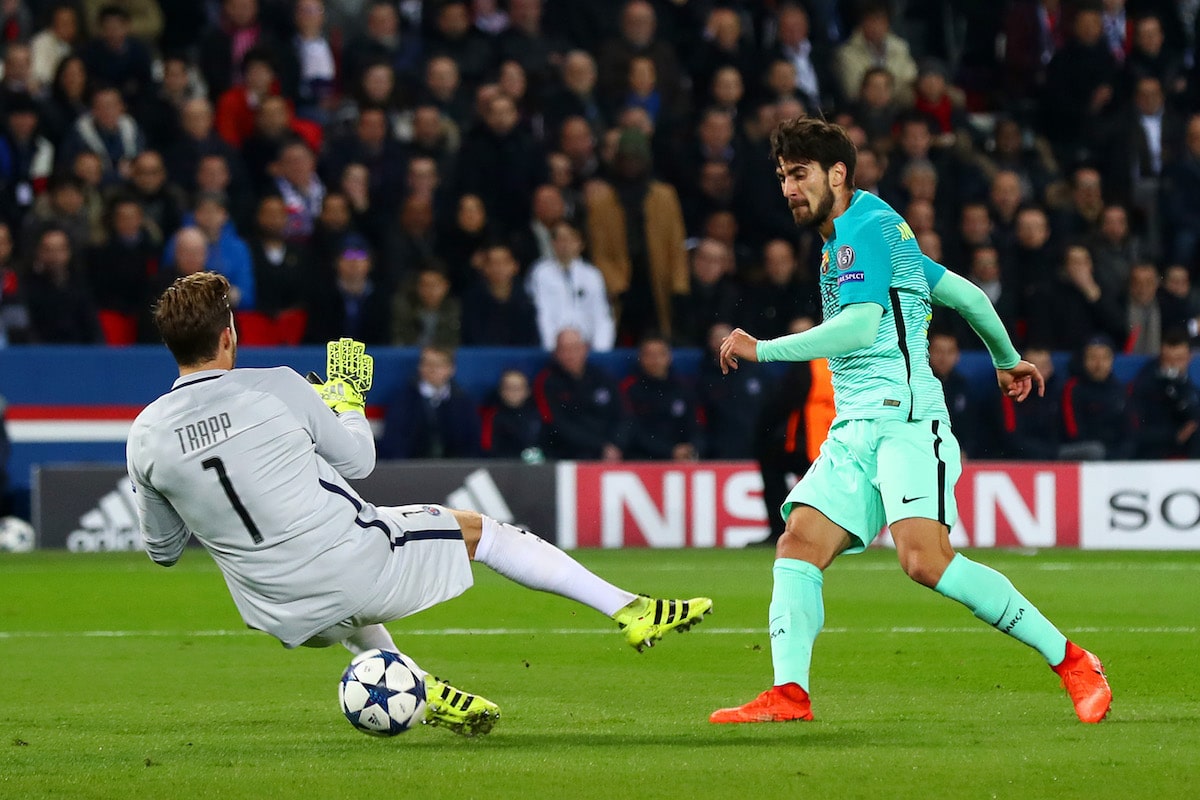 READ MORE: DO BARCELONA NEED A CLEAROUT IN THE SUMMER?

It remains unclear exactly why Barcelona felt the need to part with upwards of €35 million to sign André Gomes last summer. The Portuguese was seen by some as a replacement for Andrés Iniesta, but Enrique dismissed that notion recently, saying, “Iniesta is unique and absolutely indisputable.”

In truth, Enrique didn’t need to make that statement, as Gomes’ performances have done the talking. Strangely, he has completed fewer passes per game and achieved a lower pass accuracy percentage since swapping Valencia for Barcelona. He has also completed fewer dribbles, and created fewer chances. The statistics underline what has been visible: the 23-year-old has been, at best, peripheral.

While some saw Gomes as Iniesta’s successor, others believed that mantle would be assumed by Denis Suárez. Another 23-year-old, Suárez re-joined the club last summer after a season at Villarreal that saw him evidence the close control and creativity of a Barcelona player. However, despite countless opportunities, he has yet to state his case for a regular starting berth.

After 24 league appearances, 11 of which were starts, rumours have linked Suárez with a move to Napoli. And, while such talk has been refuted by the player’s agent, it’s hard to envisage a future in which he is a key player for the Catalan giants. 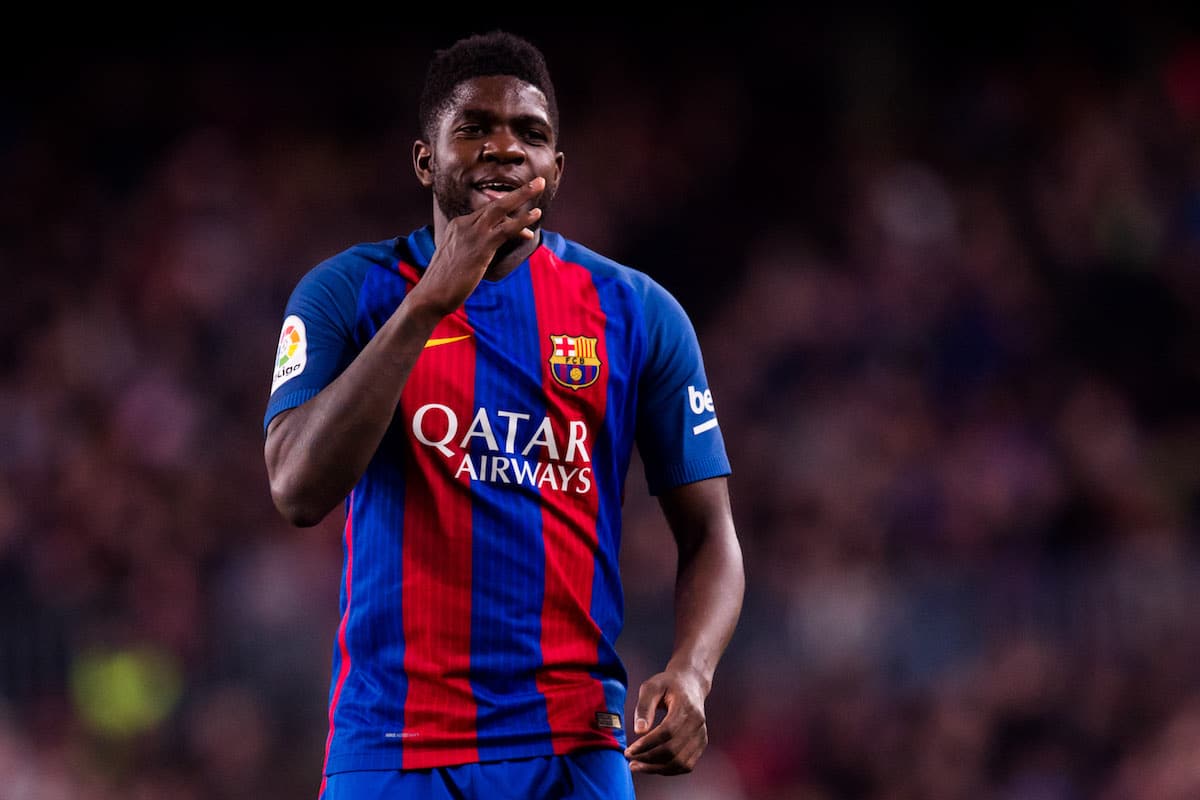 Of all Barcelona’s more recent signatures, Samuel Umtiti has undoubtedly been the quickest to settle, as well as the most impactive. Having broken out at Lyon as a teenager, Umtiti had the best part of five years of experience playing in Ligue 1 before joining Enrique’s squad. He also established himself on the international stage with some strong defensive displays for France at Euro 2016.

With Javier Mascherano now 32 years of age, there was a need for Barcelona to find a longer term partner for Gerard Pique at the heart of their back four. Umtiti, a natural left-footer with a decent passing range, an imposing physique and plenty of athleticism, has filled the void well. He was an expensive addition at €25 million, but he also looks set to be a truly valuable one.