Sitting only two points off of the top of the table and into the knockout stages of the Champions League might sound like a satisfactory first half of the season for Barcelona, but standards are a little higher at the Camp Nou than elsewhere.

Luis Enrique oversaw transfer business this summer which improved Barcelona’s strength in depth, rather than adding star quality to a midfield which is no longer able to pick itself, with the Blaugrana perhaps still suffering from a long-term hangover following Xavi’s departure.

Andre Gomes, Lucas Digne, Samuel Umtiti, Jasper Cillessen, Denis Suarez and Paco Alcacer joined this summer, but not one of these acquisitions can truly be considered a first-choice player under Enrique so far. 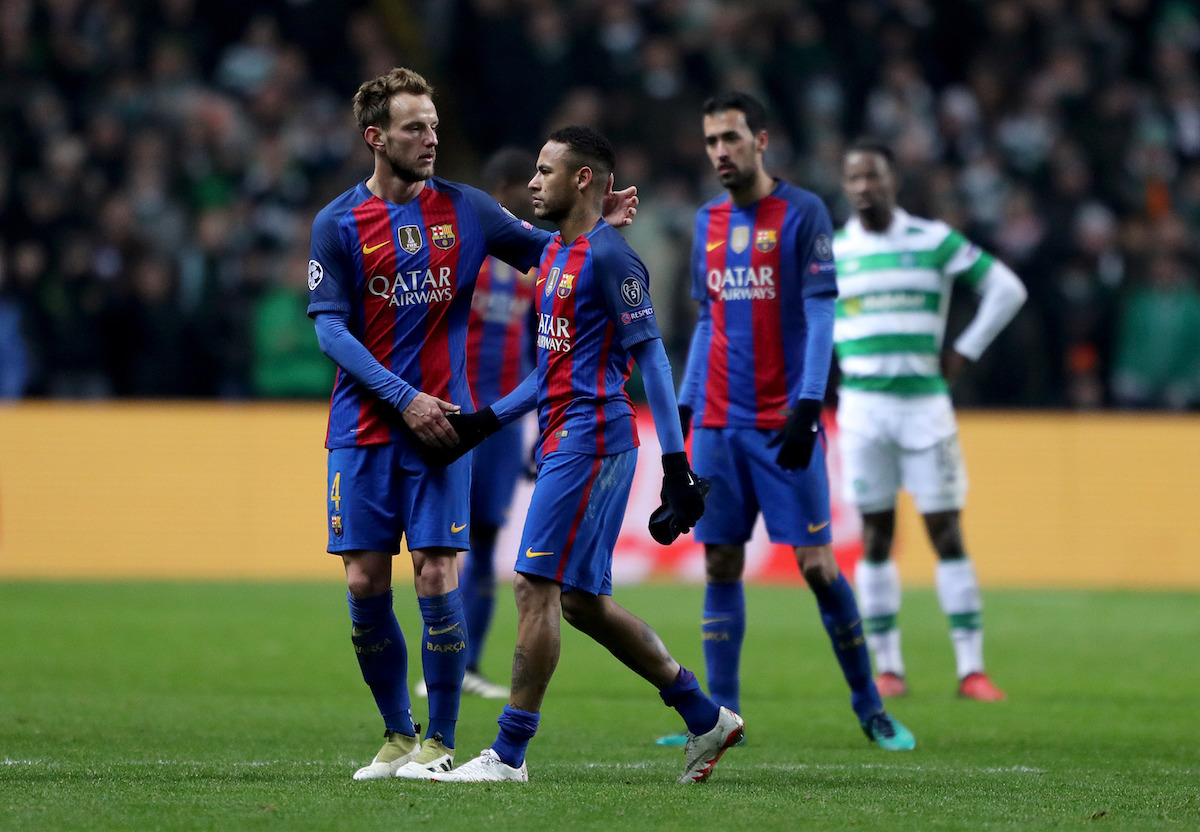 Andres Iniesta has kicked on once again after injury, but has been unable to stay fit, while Sergio Busquets has been the only other midfielder to walk into the starting line-up each week. The Spain international, known for sitting at the base of midfield and linking everything together for Barcelona, hasn’t been at his best, with Ivan Rakitic spending some time recently sitting out of the match day squad altogether.

Rafinha, who Enrique favours from his spell as Celta Vigo manager, is an option. Denis Suarez, re-signed from Villarreal during the summer, is another. Sergi Roberto has been forced to feature at right-back following Dani Alves’ exit to Juventus, stretching quality options rather thin across Barca’s starting 11.

Busquets has appeared in 27 games this season, but was forced off against Eibar with an ankle problem. Gonzalo Escalante was the guilty party, diving into a high challenge on the Spaniard, symbolising the fragility of Enrique’s midfield options should the unimaginable happen.

The Catalan giants' go-to system is a 4-3-3, with the deepest midfielder dropping back to enable Barcelona’s wing-backs to push on whenever they see fit. With six outings so far, the trio Enrique has favoured the most has been Ivan Rakitic, Sergio Busquets and Andres Iniesta. Two of these are now on the treatment table.

Andre Gomes, Busquets and Denis Suarez is the next-favourite combination having been selected together five times, while Rakitic, Busquets and Denis have four starts together. Across the board, all of Enrique’s midfield options have featured in very close to, or slightly over, 20 competitive matches this campaign.

That's a significant amount of rotation, though sometimes enforced. All in all, the La Liga club have utilised 16 different trios – plus one unique midfield four. 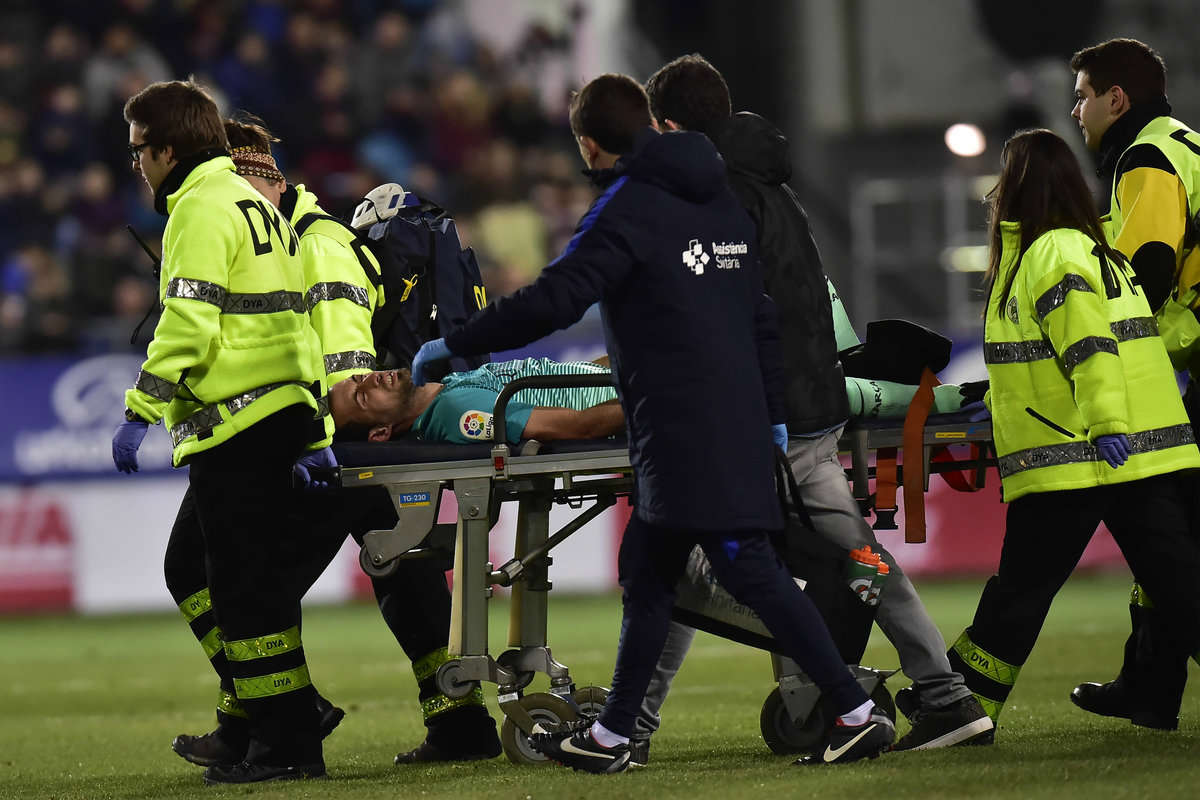 Busquets should certainly be considered vital to Barcelona’s spine, but Andres Iniesta has been the key man required to change the tempo of attacks and get the likes of Lionel Messi, Neymar and Luis Suarez involved in decisive areas of the pitch. The club captain averages more than one key pass per match, and has racked up three assists in La Liga, a figure which none of Enrique’s other midfielders can match.

Rafinha has a league assist to his name, Denis has two, while summer signing Andre Gomes has managed just one. Gomes shone during the first hour of Barcelona’s recent 5-0 thrashing of Las Palmas, while Denis netted the breakthrough goal in Sunday’s 4-0 win over Eibar, but neither player has been able to confidently and consistently perform at the level expected of them.

November was a tough month for the Blaugrana, as they won narrowly over Sevilla and drew consecutive games against Malaga and Real Sociedad in the league, with further draws against Villarreal and Real Madrid over the last couple of months, suggesting that Enrique needs to further fine-tune his options.

These rotated players need to either stake their own claim for a consistent starting role or Barcelona may have to look to the transfer market for a creative, forward-thinking midfielder in the mould of Iniesta; perhaps young star Carles Alena will get further opportunities with the first team. 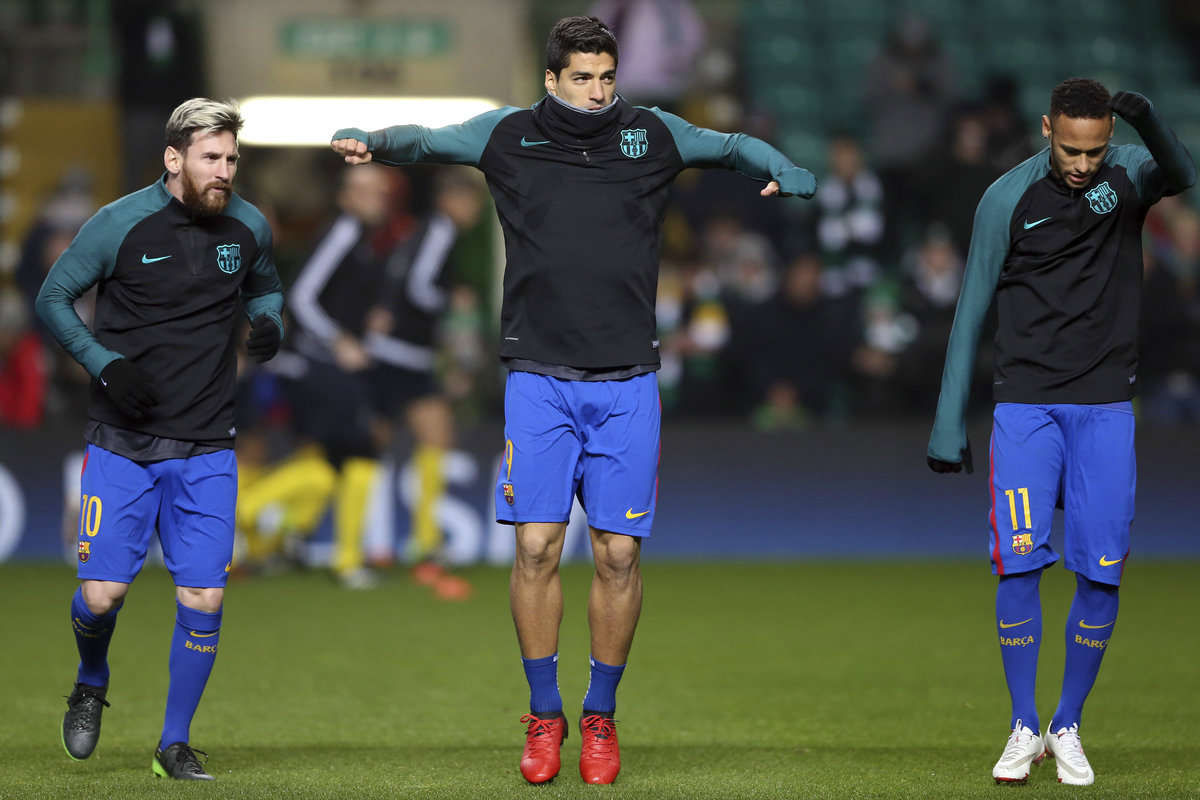 Osasuna, Espanyol, Las Palmas and Eibar have fallen with relative ease since then, with Barcelona scoring 16 goals and conceding just one, but the ‘MSN' attacking trio are providing much of the goals and creativity between themselves. Neymar has five league goals, while Lionel Messi and Luis Suarez have netted 15 apiece, contributing a cumulative 14 La Liga assists.

Neymar and Messi dominate the charts in terms of attempted dribbles and key passes, characterising Barcelona as very much a team who are creatively split in two. Enrique’s midfield three and back four aid in build-up play, but once chief orchestrator Iniesta has had his say, often the responsibility of carving out opportunities is left to the front three.

Heavy rotation is undoubtedly lending itself towards keeping Enrique’s squad in fresh and relatively sharp for when they need to be called upon, but a lack of consistent selection could hamper the building of key on-pitch relationships and understanding.

Those understandings exist between Jordi Alba and Neymar, who are given starts down the left-hand side whenever they are fit, or Lionel Messi and Luis Suarez in attack, but Enrique needs to either nurture some chemistry from his midfield three, or be forced into purchasing a new player that can slot in alongside his evident first-choice figures of Busquets and Iniesta.