In an the era of impulsive, last-minute signings, squad rotation and players struggling to complete more than one game in a week the thought of a club winning the league with just 14 players seems unthinkable. In 1981 Aston Villa did just that on their way to claiming a first title in 71 years and shocking the world of football in the process.

It’s not just the fact that an unfancied Villa team won the title against the odds which makes this feat so astonishing, it is the fact they won it by using so few players – of those 14 players, seven were ever-presents in a league season which was comprised of 42 games.

Villa weren’t in the kind of turmoil they have experienced over recent years but back in 1980 even the most loyal and optimistic fan would not have tipped them to put up a fight for the First Division title, let alone win it.

Despite being one of the grand old clubs of the English game, their League Cup success two years previously was the Villans' first taste of glory since their FA Cup final win some 23 years previously. Back then Liverpool were the perennial custodians of the old trophy with Manchester United, Tottenham and Arsenal convincing themselves at the start of every new season that this could be ‘their year'. But never the Villa.

Their supposed lack of ambition had been summed up the previous season when targetman and fans' favourite Andy Gray had been sold to Wolverhampton Wanderers. Gray had scored 54 goals in 113 games for Villa but even this was not enough to see him depart for pastures new, in what was seen as the ultimate act of negativity by the Villa faithful.

One weapon that Villa did have, however, was their softly spoken and hugely underrated manager, Ron Saunders. Saunders was very much out of the Dave Sexton or Bertie Mee stable of gaffers; not craving the limelight or attention, instead letting his players do the talking for him on the pitch.

Deep down, Saunders knew that the players in his squad were not as individually talented, gifted, or experienced as other top flight players. However, as a unit they were a match for any of them, not to mention having a fitness level that allowed them to run most of their opponents off the park. 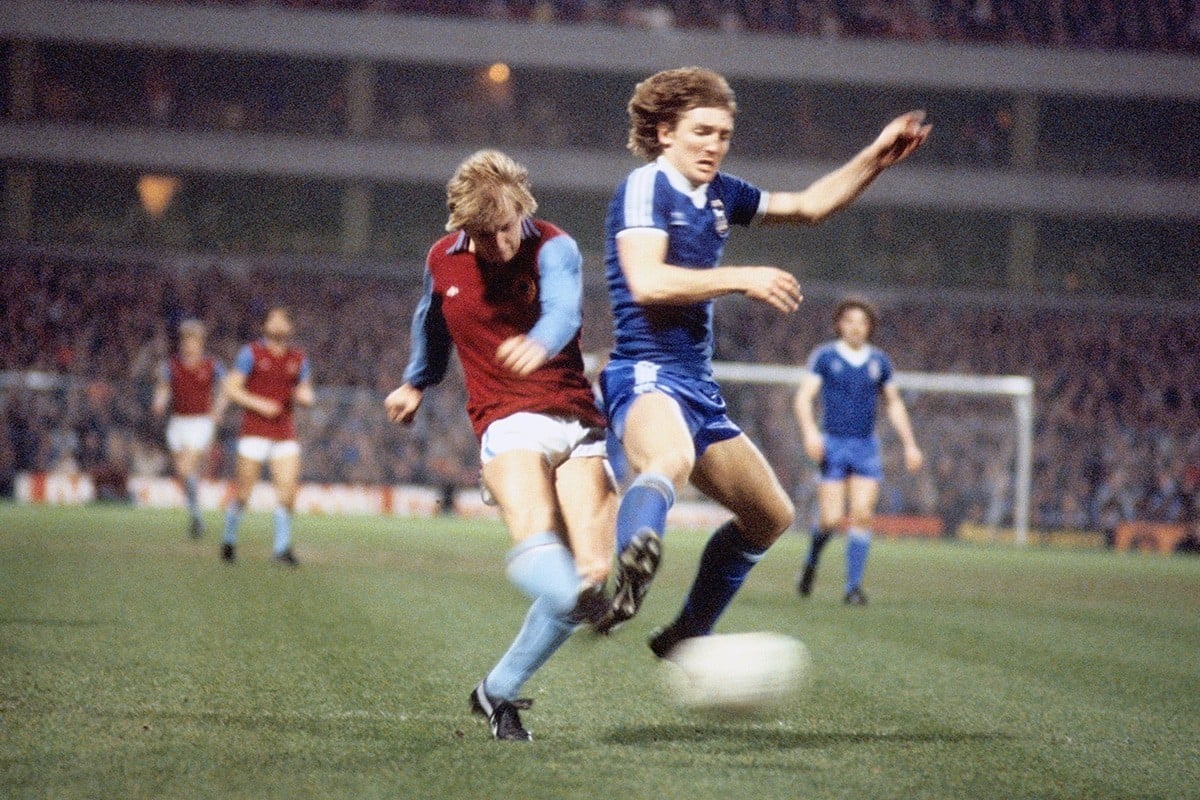 He created a dressing room spirit that embraced the ‘all for one, one for all' mantra, which gave them the belief that they were as good as anyone, despite not having the strength in depth of many of their rivals.

The only real star in the side was Peter Withe, who Saunders had brought in from Nottingham Forest to replace Gray. A former league winner, Withe gave Villa the big-time experience they needed in a transfer that proved to be a masterstroke.

Despite his confidence, even Saunders would have struggled to put a positive spin on things during pre-season when one of his top players, Brian Little, was ruled out for the season with a knee injury. But if there was ever a silver-lining moment this was it, as it meant that the talented Gary Shaw would be called up from the reserves and the promising youngster didn’t disappoint, forming a formidable partnership alongside Withe up front.

Saunders’ vision for his side was a simple one and very traditional for its day. He would employ a standard 4-4-2 with wingers flying down the flanks and midfielders orchestrating things from the centre of the park, of course, with Shaw and Withe he was halfway there.

Providing the wing-play was Tony Morley, who had failed to impress in his first year at Villa Park, but his speed and dribbling abilities would always be a threat. Meanwhile, pulling the strings in the midfield was the gifted Gordon Cowans, while captain Dennis Mortimer provided the midfield legs as the box-to-box engine of the side.

Going into the opening game of the season Saunders addressed his players and told them: “The fans will back you and with 110 per cent effort, you can win every game, go out and prove everyone wrong, you are title contenders.” They must have thought it was crazy, but it worked as Villa won three and drew the other in their opening four games.

Despite solid form, which included a 12-game unbeaten run throughout the autumn, Villa raised few eyebrows. Pundits and opposition fans alike refused to see them as genuine title challenger, putting their form down to being a flash in the pan or other sides not clicking into gear yet. Even so, they consistently thrilled fans with their high tempo passing game while making hardly any changes to the starting line-up.

Villa had found a starting XI which worked and was effective, and Saunders knew this was the team’s biggest strength. He was keen that his players continued to play, despite injuries or illness, willing them to soldier on for the good of the side as a collective unit and the team spirit that had been created.

“From about the second month of the season there was a real feeling in the camp that we could achieve something,” Shaw later said: “We knew we were going places so there were quite a few cases of players playing through knocks. In those days you had to. It was a lot less of a squad game with only one substitute allowed, but I can’t remember too many games where we even used a substitute.” 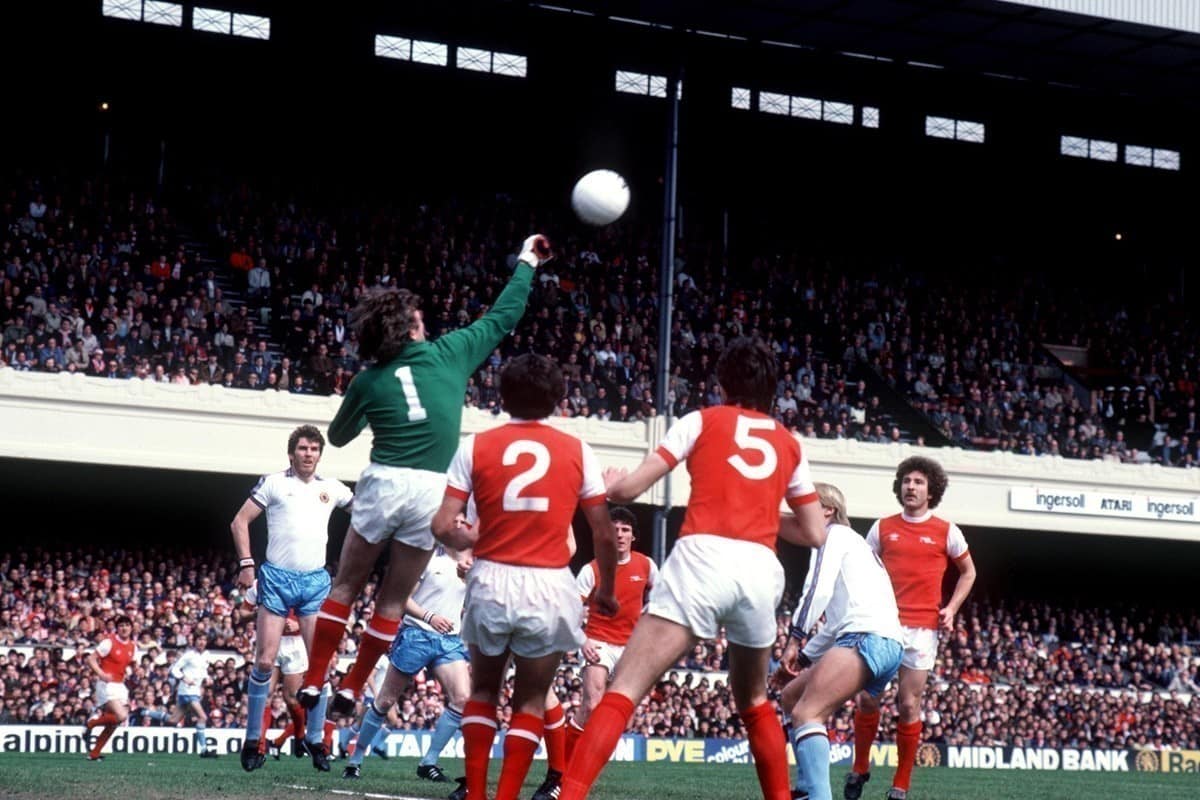 Despite a couple of defeats around Christmas time, Villa were still in the thick of things come the New Year; traditionally a time when genuine league title contenders are made or broken. A 2-0 win over the mighty Liverpool on January 10 made their rivals finally sit up and take notice. Villa had cemented their position as challengers, and the victory propelled them on to a run of seven straight wins which would elevate them to top spot come the spring.

As surprising as Villa’s assault on the title was, it was only matched by the form of Ipswich Town that season under the guidance of future England manager Bobby Robson.

Like Villa they were very much an unfancied outfit who generated results through a combination of hard work, team spirit and tactical know-how. Incredibly, by April, the title contest had become something of a shoot-out between the two asLiverpool and Arsenal fell by the wayside.

As with all title run-in scripts, the football gods intervened to ensure that Villa and Ipswich would meet at the business end of the season in what would be the ultimate clash between two sides going all out for long overdue glory.

In an epic encounter, Ipswich eventually ran out 2-1 winners, leading many pundits to claim Villa’s chance had gone. However, the never-say-die attitude Saunders had instilled saw his side go on to win two of their next three games, drawing the other.

Ipswich, on the other hand, had hit the buffers. An FA Cup campaign, in which they progressed to the semi-finals; and a successful run in the UEFA Cup; not to mention some key injuries, had taken its toll on the team from Suffolk. Robson's men had games in hand but did not have as many points as Villa, and were unable to capitalise.

Ipswich lost their next two matches while Villa beat Nottingham Forest and drew with Stoke City to reclaim the initiative. Before the final weekend of the season, Ipswich still had a game in hand but lost against Manchester City – their third loss in four games – to ensure the title would eventually go to Villa Park for the first time since 1910.

Villa were to lose at Arsenal on their final game of the 1980/81 season but it mattered not as thousands of fans from the West Midlands spilled on to the pitch to celebrate. They had done the unthinkable and won the league, something they had not done since the early part of the 20th century. But it was not just the title success that was such an achievement; it was how they went about doing it.

Saunders built a team that had got on a roll from mid-September and ridden the wave through until May. The vastly experienced manager knew that stability, with every player knowing his team-mates inside out, was a huge asset, and he was right.

With every passing year, and the frantic scramble for extra recruits that takes place every six months, Villa's achievement appears ever more remarkable. It is almost unbelievable that a team could win English football’s biggest honour by using just 14 players.

Thanks to a manager who knew who his best players were and exactly what he wanted them to do on the pitch week-after-week, winning every game and maintaining the momentum, his men were happy to oblige; something which can rarely be said when it comes to clubs and players in the modern game.