Arsène Wenger must get the next three months right. Failure to bring in the right players, and not strengthen Arsenal in ways they need, and they’ll spend another season outside the top four.

The 2016/17 Premier League season ended badly for the Gunners. They played well and won the FA Cup, but finishing outside of the Champions League places signifies failure.

Faced with the task to rebuild his team, the French boss acted quickly, signing Bosnian full-back Sead Kolasinać from Schalke on a free transfer.

More moves are needed, not just for the starting XI, but with players who can improve the overall squad. Then there’s the prospect of departures too.

Alexis Sánchez and Mesut Özil could still depart, and they would need to be replaced with the similar quality. No easy feat.

This is meant to be one of the most exciting part of the new campaign. Waiting for new arrivals, seeing the new kit and deciding which name to have on the back.

Wenger will be busy, he just needs to make the right decisions. With that in mind, we look at how Arsenal could line up next season.

David Ospina started in the FA Cup final win over Chelsea, but it seems that will be his last game for the Gunners. The Colombian looks set to join Fenerbahce, leaving a huge gap behind Čech.

The former Chelsea hero was not at his best last term and now without someone to give him a push, a lack of competition could have a bad effect. Wenger may need to find a new No.2 if Martinez – still only 24 years old – isn’t the right fit.

As it stands, the Czech Republic shot-stopper will be the man between the posts next term.

Rumours emerged after the FA Cup final win that Per Mertesacker, out of contract in 2018, would call time on his career. But almost as quickly as the rumblings began, the German veteran announced he would carry on.

“I will not stop immediately, I have a year on my contract and will definitely continue playing,” he explained to Sport1.

“I recently told him [Wenger] that I am tired, mentally wasted. The first time in my career I thought it makes no sense anymore, that I'll retire. No matter how hard I practiced I didn't get a chance.”

That decision to stay should see Callum Chambers and Krystian Bielik spend the season out on loan again, but if the Frenchman wants to continue playing 3-4-3, another centre-back will be needed.

Middlesbrough’s Ben Gibson has been mentioned in the past, Issa Diop of Toulouse is also a known Arsenal transfer target, but they remain on the back burner, mostly down to the late season form of Rob Holding.

The former Bolton youngster was excellent in the back-three and may have convinced Wenger to trust him next season.

Kolasinać is in, and rather than just Arsenal fans on YouTube claiming him as the second coming, experts watching the Bundesliga week-in, week-out, claim the 23-year-old is the real deal.

"He is better than Kieran Gibbs."@honigstein's verdict on Arsenal's new signing Sead Kolašinac

He will start on the left, either in the three, and if Wenger plays a four, which opens the door for either Monreal or Kieran Gibbs to leave. The latter is younger and still has some value, linked with Watford or West Brom, he could continue his career elsewhere and still find success.

If Barcelona offer Arsenal €45million for Héctor Bellerín this summer, they must accept it. This is not the going rate for a full-back who has had one great season, but followed it with one average one.

He is tempted with the move back to Barcelona, and it makes sense to do business at that level. He could be replaced by the likes of Ricardo Pereira, impressive at Nice and Tottenham Hotspur target Djibril Sidibé. They could come in for half the price that is quoted for the Spaniard and you are not any worse at all.

If Alex Oxlade-Chamberlain puts pen to paper on a new deal, he could be a very good option there for most next season. 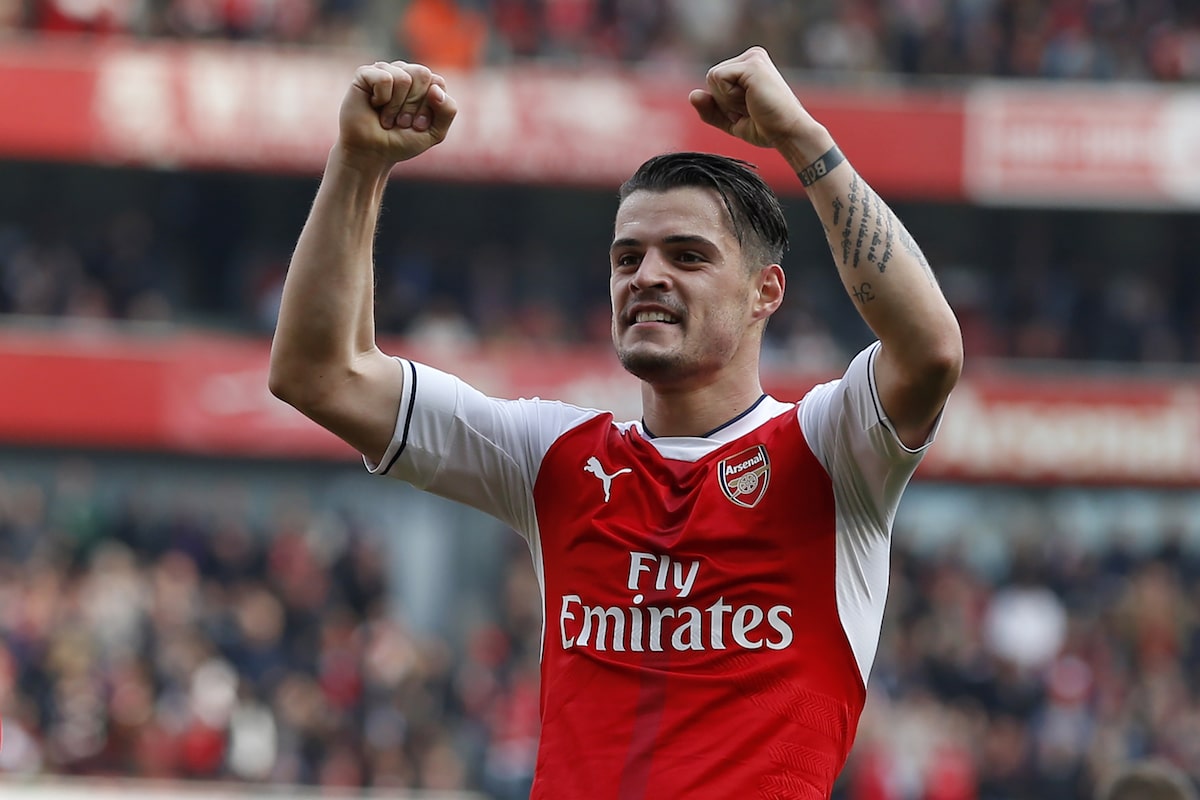 Arsenal are both spoiled and limited in terms of midfield options next season. Santi Cazorla has been missed, but continues to miss out through injury and there are doubts over whether he could cover the ground needed in the 3-4-3.

Another injury to Jack Wilshere limits his options this summer. He might get a chance at the Emirates due to a lack of options elsewhere.

The rest of Wenger’s options have not performed to the level they would hope and all looked no more than average players. Xhaka has the potential, but needs someone, like a N’Golo Kanté, to cover the ground beside him. Step forward Jean Michaël Seri.

Wanted by Paris Saint-Germain, a transfer target for Barcelona, all hope is not dead of the London club doing a deal to sign the Ivory Coast international. It would cost around €25million, and while the bigger clubs stall, Arsenal could act fast.

He’s a little bit of everything, a battling centre-mid who can spread the play, pick dangerous passes, charge forward and both score and create. Perfect for Wenger’s new system.

Don’t worry Arsenal fans, we’ve not missed out Alexis Sánchez, he’ll appear later, but for now, this is a difficult position to call. Henry Onyekuru would be an excellent signing from KAS Eupen. Able to play on the break, he can be a winger and a centre-forward. Pace, dribbling ability and an eye for goal.

Another prospect, similar to what Walcott was when he first signed, he’d be an ideal back-up in this system.

Özil, if he stays, doesn’t really fit, but you must shoehorn him in somehow. Then you have Iwobi and Walcott to back up the flanks.

Mahrez could be the signing this summer that gives the Gunners the X-Factor they have been missing. Playing in the 3-4-3, he wouldn't need to provide the same defensive responsibilities as he has in Leciester City's 4-4-2 and it would free him up more to create moments of magic in attack.

It may take either Alexis Sánchez or Mesut Özil to leave in order to finance the deal, but he would be an idea replacement for the German and someone who fits better into in this new system.

Dribbling from outside to in, taking on defenders, creating danger and panic amongst the opposition, it's a move that would excite and get Arsenal fans on their feet. 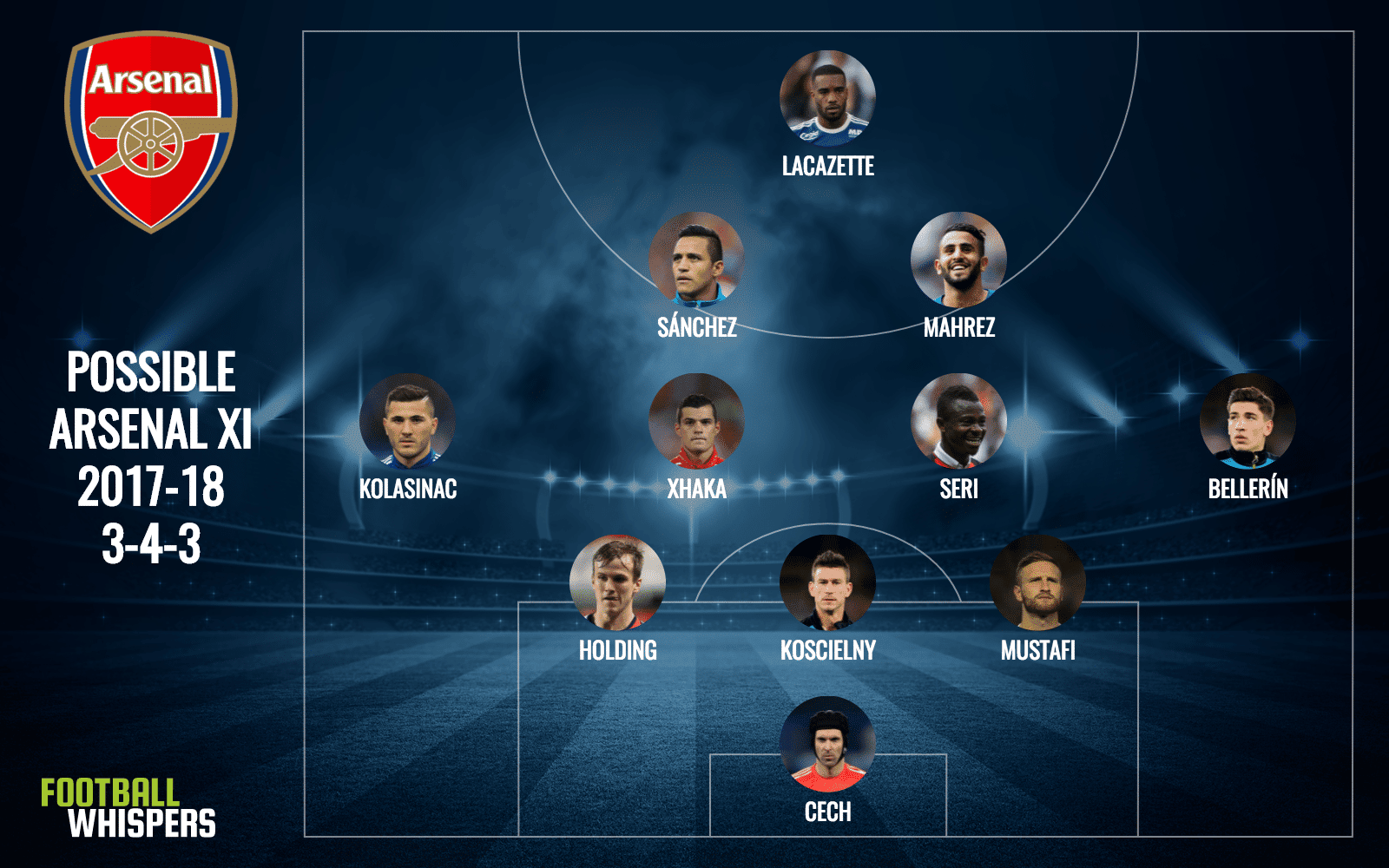 Arsenal’s real attacking options would come from the out and out forwards. Sánchez could play through the middle or from the left. Giroud is the perfect target-man and if he can stay fit, Welbeck is a great alternative.

The game-changer would be Alexandre Lacazette. Atletico Madrid’s transfer ban put an end to the Frenchman’s move there. He doesn’t seem 100 per cent keen on moving there in January and either staying at Lyon or not playing at all. This opens the door for the Gunners. 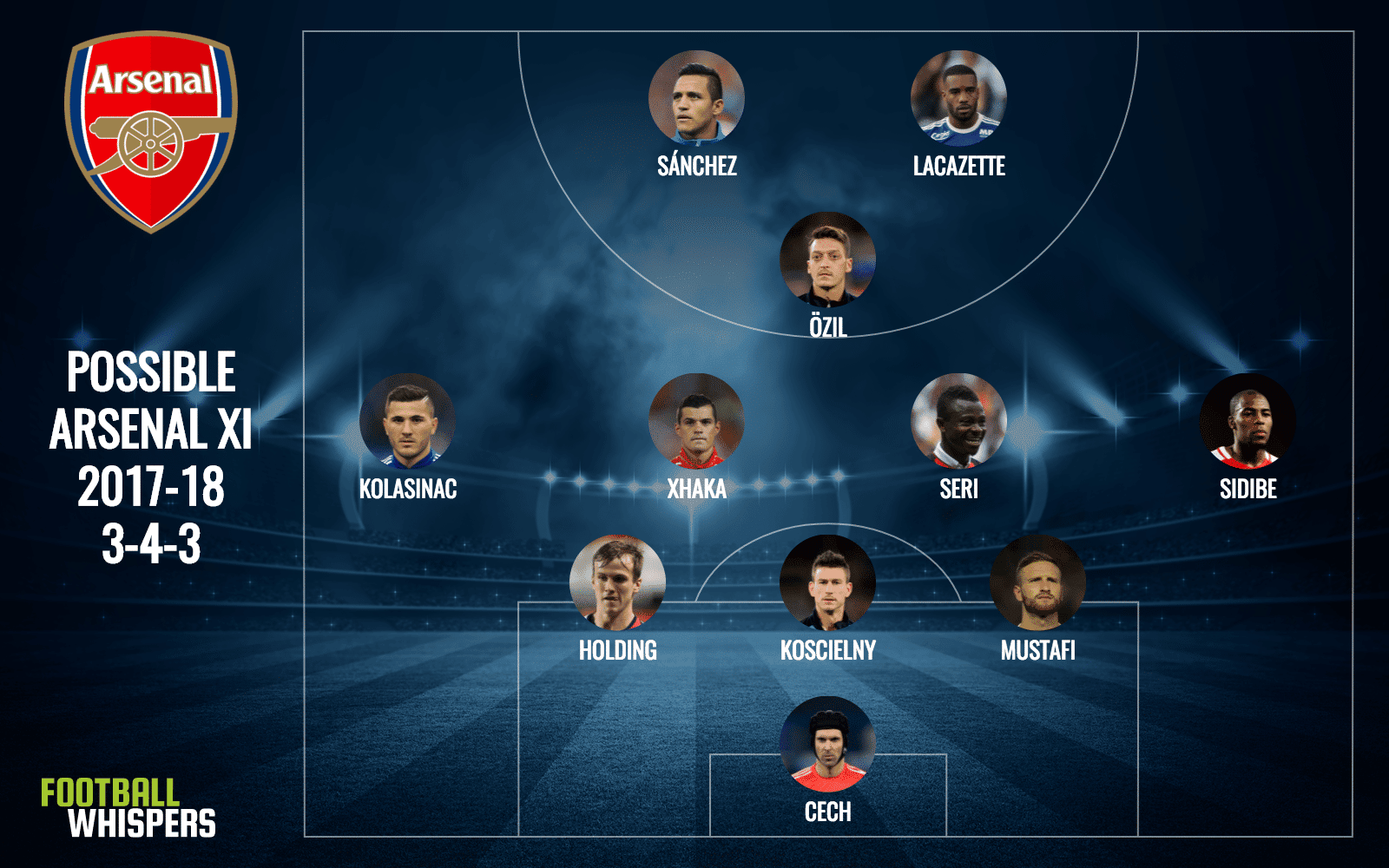 If he is willing to play in the Europa League with OL again, why not do it in London under Wenger? Olivier Giroud has had no problem gaining France caps at the Emirates, and with World Cup spots available, he needs to show he can take his game to another level.

Like Sánchez, he has everything you need to play either in the support roles or as the No.9 and the thought of pairing the Chilean with Lacazette is scary stuff.

The 26-year-old has the pace and movement to spin and go wide, but the power and strength to hold up the ball and link up play through the middle. He is almost the perfect option for this system and has learnt how to play in a two or three over the past two years.

If Wenger can make it happen, apologise for not moving harder for him last season, a deal isn’t an impossible task this summer.

That would bring the attack together and they could even survive with Sánchez departure. An almost perfect signing.