For so long, the LA Galaxy were juggernauts of Major League Soccer. Under Bruce Arena, the Carson club won three MLS Cups in four years between 2011 and 2014 with David Beckham, Robbie Keane and Landon Donovan the very public faces of North American soccer’s most successful club.

This season has been very different. Curt Onalfo was promoted from within to take the place of Arena, who left his position of eight years to take up the role as head coach of the US national team. Donovan retired (for the second time), with Steven Gerrard also leaving the Galaxy at the end of last season. 2017 was always likely to be a year of transition, and so it has proved.

Giovani dos Santos was the man charged with leading the LA Galaxy out of that transition. The Mexican had been overshadowed by Keane ever since making the move to MLS in 2015, but this was meant to be his chance to become the dominant figure and frontman at StubHub Center.

Instead, it is new signing Romain Alessandrini, a Frenchman who few MLS fans had even heard of before making the move over the Atlantic, who has become the player around which the Galaxy now revolves. His performance in the weekend’s 3-1 win over the New York Red Bulls, scoring twice in the opening nine minutes, underlined this.

“Certainly the way he goes about his game, whether it's home or away, he's a winner,” Onalfo said after the victory at Red Bull Arena. “He’s got a great work ethic and he knows that his coach and club believes in him, and it's a good feeling when you feel that way as a player.”

Indeed, much of the impact Alessandrini has made is down to his mindset and mentality as a player. The LA Galaxy dressing room isn’t short of dominating characters, with Jelle van Damme and Jermaine Jones thought to have contested some sort of power struggled earlier in the season, but Alessandrini is the one driving the team forward on the front foot. He’s a winner, as Onalfo rightly says.

He’s also inherently productive. Alessandrini boasts six goals and three assists from just ten appearances for the Galaxy this season, which is quite the tally for an attacking midfielder. 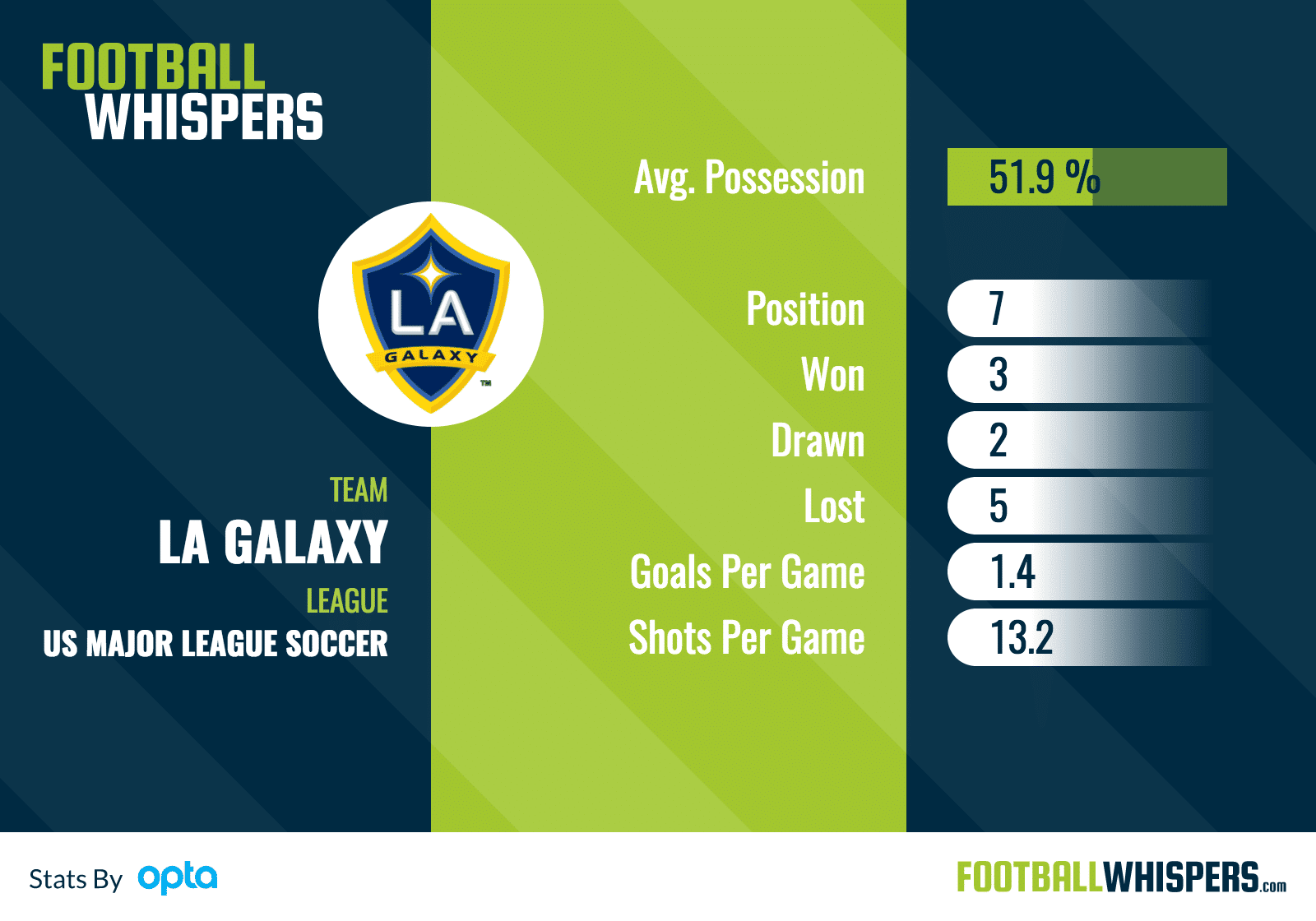 “I was a little bit surprised. It’s a good beginning for me. It’s a big change. I’m very happy, I scored six goals and three assists,” the Frenchman said after the win over the Red Bulls at the weekend. “The record for my team was bad the beginning of the season. We have to keep this mentality because everybody was on the same page.”

Whether it is true or not that “everyone was on the same page,” as Alessandrini claims, there is a sense that the LA Galaxy might have weathered the worst of the storm. Defeat to the Philadelphia Union would have surely meant the end for Onalfo with speculation swirling ahead of the game at StubHub Centre which eventually ended in a goalless draw. From there, the Galaxy have improved.

But despite their recent upturn, which has seen a comeback from 2-0 down against the Chicago Fire to draw 2-2 and a comprehensive 3-1 win over the Red Bulls, there is still plenty work to be done at the LA Galaxy. Onalfo has still to impose an identity on this team, with the Carson club only getting by on the basis of their quality as individuals.

There are still suggestions that Onalfo has lost the dressing room with the reaction of certain players in being substituted strengthening that theory. Some have claimed the players have taken things into their own hands of late, explaining the current three-match streak without defeat. Alessandrini might be one of the players who has taken a grip.

The LA Galaxy of now is a very different club to the one of the last few years. There’s a different air around StubHub Center at the moment, particularly with Los Angeles FC set to play in MLS next year. For the first time, soccer fans in LA will have a choice to make over which team too side with (Chivas USA was never a genuine option for supporters).

And so it matters what foundations the Galaxy put in place this season. It will have to sustain them for the fight of their lives against a franchise determined to snatch territory. This is the worst time for the club to lack direction, but at least they have Alessandrini to drive them forward. They could use a few more like him.