Sometimes adaptability can be a curse. Kyle Walker now knows that.

“In the World Cup I was happy to play anywhere,” he said in September. “Gareth Southgate felt that would help the team so I was happy to sacrifice the chance to prove that I am one of the best right-backs in the world.”

Now that he’s relinquished that spot, he’s struggling to win it back. Although Walker started in the empty stadium in Croatia, Kieran Trippier’s Nations League start against Spain in Seville makes it unclear who is top dog when England play a back four.

What’s even worse for Walker – and interesting for everyone else – is the fact that the man who’s replacing him for England is the man who filled his spot when he switched White Hart Lane for the Etihad. When Manchester City face Tottenham Hotspur on Monday, Walker will be facing his former flame, and his former flame’s new beau.

Is Kyle Walker still the best right-back in the country?

It was Pep Guardiola and Manchester City that prepared Walker for playing as a centre-back on England duty, but this Continental educations is also stopping him playing his more natural game.

Even though City’s back line is a bit more conventional this season to last, Walker is playing a wildly different game to Trippier, as shown by the pair’s Football Whispers persona radars, which show player or team styles of play.

Kieran Trippier makes just over 46 passes per 90 minutes, which is a lot for a full-back. But it pales in comparison to the 71.71 that Walker averages in the league for City, an extra 53 per cent on the amount that the Tottenham full-back completes.

Walker may make more passes towards goal in the final third, but Trippier completes far more passes (or, in his case, crosses) into the box. The difference is clear when looking at where they make their passes from.

Trippier looks like a traditional full-back or wing-back, sticking tight to the touchline, all the way up the length of the pitch. The rings indicate where their passes are concentrated, and rings within rings signify a higher concentration, like a contour map. 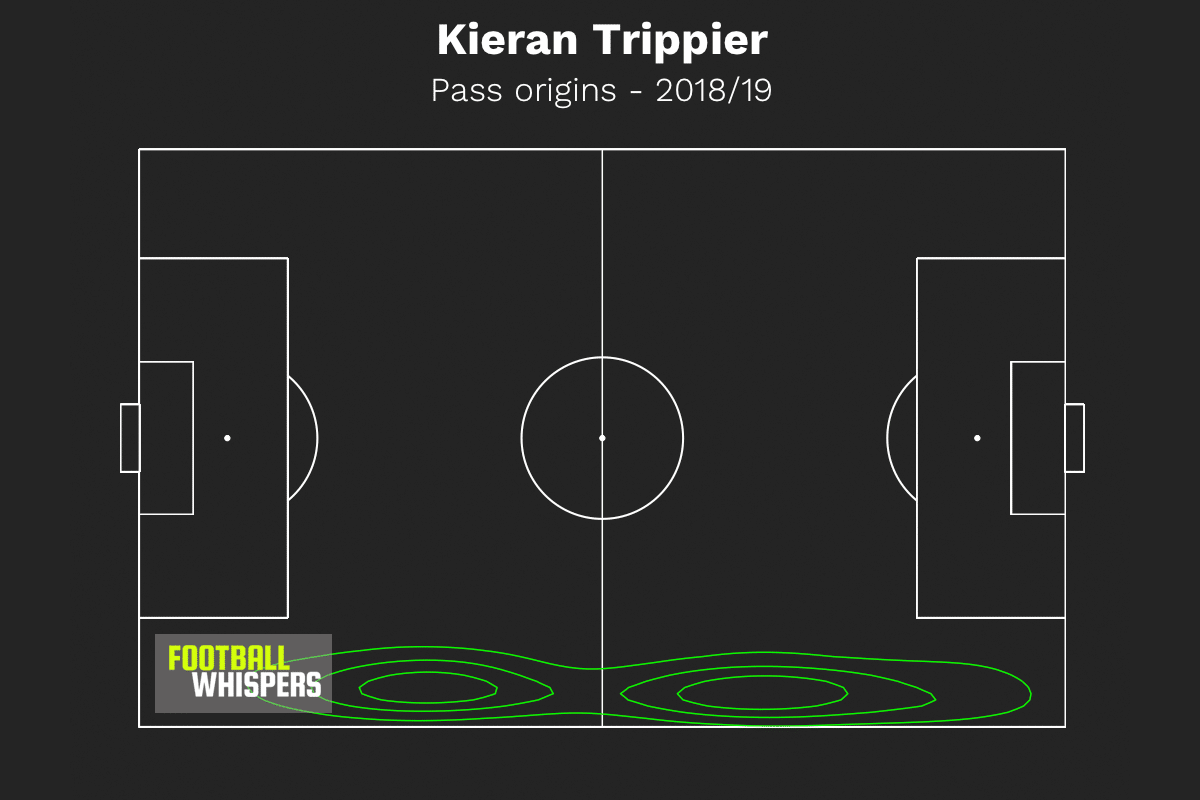 However, Pep Guardiola’s influence on Walker is clear, with his pass origins stretching towards the middle of the pitch. 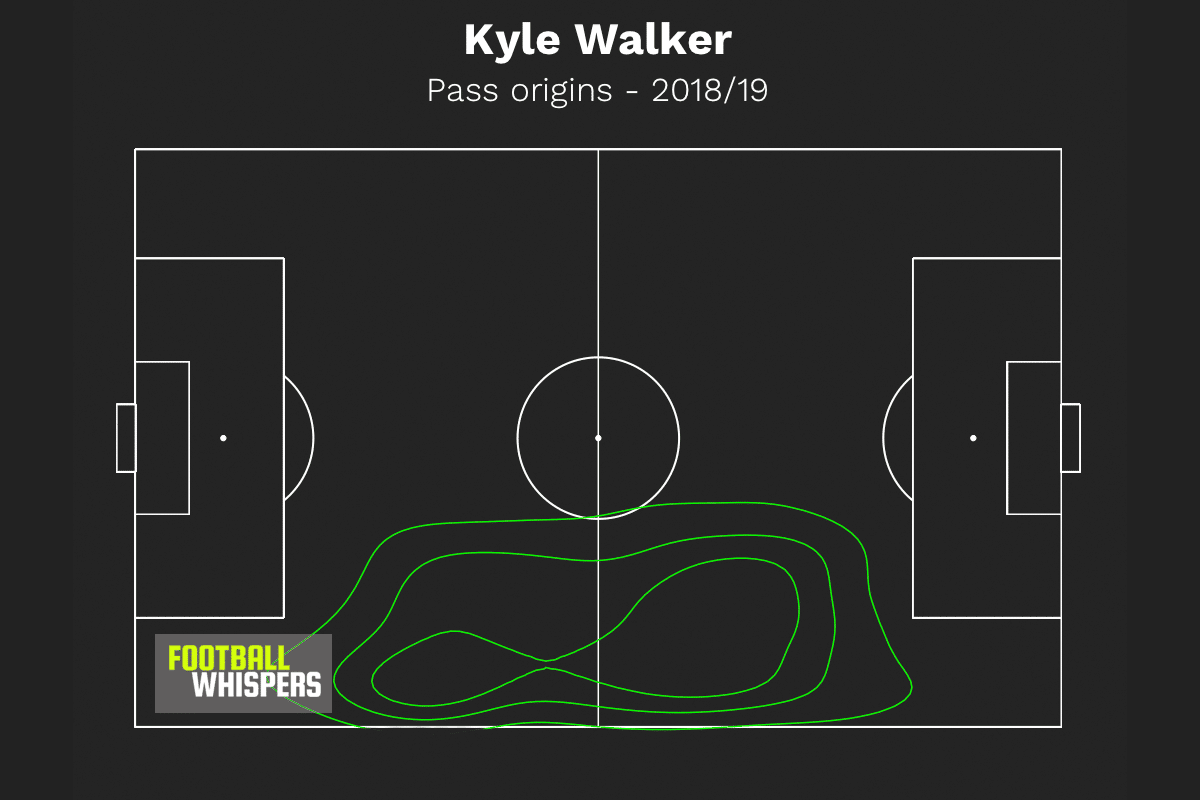 The best defence is… defence

Part of the reason why Guardiola likes his full-backs to move in-field like this is that it helps defend the midfield if City lose the ball, and defending is an area where Trippier has been criticised for before.

Work has been done by Statsbomb that suggests that Tottenham’s right-hand side is more vulnerable than elsewhere on the pitch.

One of the big ticks in Walker’s column is his athleticism, and perhaps he is one of the few full-backs in the Premier League who might be able to combine Trippier’s attacking responsibility with the ability to get back and help defend if the opposition started to break.

The pair make virtually the same amount of tackles and interceptions – Walker’s 3.28 per 90 minutes compared to Trippier’s 3.18 – but defending is as much about the attacks that you’re not there to stop as the ones that you are.

While he might just have been being polite, even Trippier would put Walker above him in the ‘best full-back’ standings.

“At this moment in time, for me, personally, Walks,” he told Sky Sports in August when asked the question.

“When I was playing with him at the World Cup, how quick and powerful he is. Even on the ball, you see it at Man City, he's so comfortable.

“He's got everything for a full-back, and he's only getting better playing at Man City. So for me, he's the No.1 right back in the world.”

Monday’s top of the table clash will be a chance for Walker to prove that.